This Is a Bad Look: In Current Farm Bill, Conservatives Prop Up Rich Farmers

The "conservative" farm bill for 2018 is anything but. 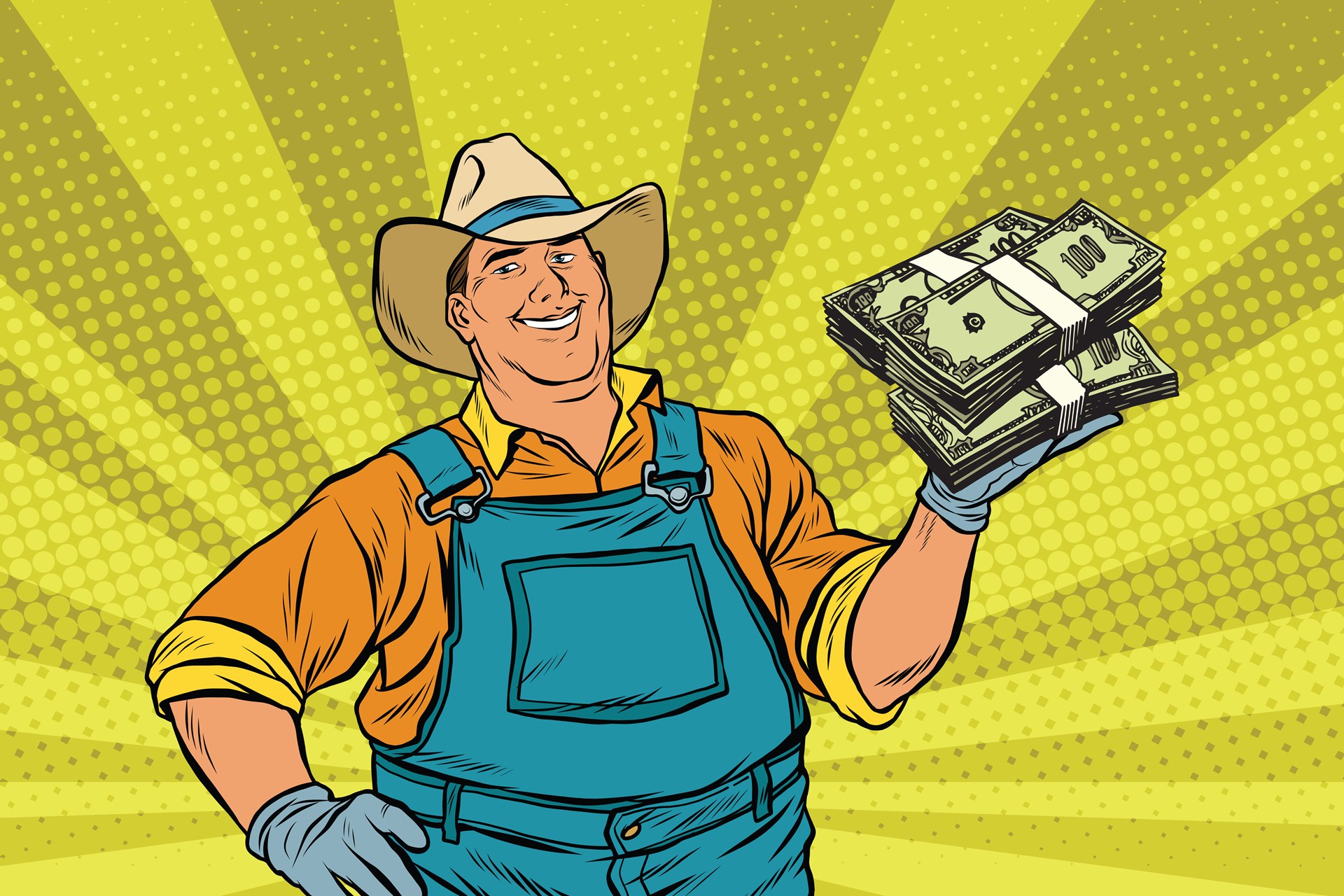 Major food stamp reform is a must in the farm bill. So too is major reform for farm subsidies—after all, it is called the farm bill.

Much of the focus, though, has been on food stamp reform, including from conservatives.

This appears to be a real possibility. And, obviously, it would look really bad. One can easily imagine the liberal talking points now, asserting that conservatives hate the poor and love the rich.

These talking points regarding the poor would be way off. But, at least in the farm bill context, it would be tough to argue the claim about the rich given that most subsidies go to farm households that have much greater income and wealth than non-farm households (there is a reverse Robin Hood effect).

For example, imagine trying to defend not reforming subsidies to large family farms. According to United States Department of Agriculture data, large family farms, which received 32 percent of commodity payments and 34 percent of crop insurance indemnities in 2016, had a median household income of $347,000 (about six times the median income for all U.S. households) and median household net worth of $3.8 million (about 39 times the median wealth for all U.S. households).

Conservatives should be trying to get rid of these two payments altogether.

In the last farm bill, Congress got rid of the direct payment program which provided subsidies to farmers regardless of need. Instead of stopping there, Congress unwisely created two new commodity programs called the Agriculture Risk Coverage (ARC) and Price Loss Coverage (PLC) programs.

What does the House agriculture committee farm bill do? It would make changes so that Agriculture Risk Coverage and Price Loss Coverage payments would be made more likely, not less likely.

Conservatives should be trying to get rid of these two payments altogether. At a minimum, they should be finding ways to rein in all the spending.

Conservatives are supposed to fight waste, not expand it. Yet, under the House agriculture committee farm bill, American taxpayers could be on the hook for payments to Brazilian cotton growers. Now that’s serious waste. Taxpayers have already paid about $800 million to Brazil in recent years to settle a long-standing trade dispute over U.S. trade-distorting cotton subsidies.

The biggest waste, however, is providing multiple payments to agricultural producers.

In the last farm bill, Congress intentionally avoided further problems by not including cotton in certain commodity programs. The Committee farm bill would irresponsibly risk another trade dispute by adding cotton to those programs which very well could lead to taxpayers again paying millions of dollars to Brazil in order to settle a new dispute. As it is, cotton is already one of the most heavily subsidized commodities without being added to these programs.

The biggest waste, however, is providing multiple payments to agricultural producers, which are generally the largest producers, for the same losses. It’s bad enough that some producers receive subsidies to help them compete in the marketplace, unlike most farmers, but it is inexcusable that they receive multiple price/revenue related payments such as through the Agriculture Risk Coverage and Price Loss Coverage programs and crop insurance. Producers should at least be expected to choose: Agriculture Risk Coverage and Price Loss Coverage programs or crop insurance.

3. Respect for Freedom and Markets

It isn’t conservative to limit how much of a commodity can be sold. Nor is it conservative to try and restrict supply to intentionally drive up prices. This is exactly what the federal sugar program does.

This subsidy system is flat-out cronyism, not a safety net.

The very idea that agricultural producers need taxpayer help to compete in the marketplace is certainly not conservative. Farm subsidy proponents will claim that agriculture is unique and therefore needs assistance to compete like other businesses. Yet, they fail to explain why almost the entire agricultural sector doesn’t receive market-related subsidies yet succeeds.

The Congressional Research Service recently released a report showing that 94 percent of farm program support goes to just six commodities (corn, cotton, peanuts, rice, soybeans, and wheat). In other words, almost all commodities receive little to no assistance. This subsidy system is flat-out cronyism, not a safety net. Conservatives should be fighting cronyism and draining the swamp, not allowing it to fester and even grow.

The good news is conservatives have a chance to fix the broken House Agriculture Committee farm bill. The bill is expected to be considered on the floor next week. Through a vibrant and open amendment process, conservatives should make major reforms to the out-of-control farm handout system.

A House farm bill will likely be viewed as a conservative farm bill, given opposition from liberals. If so, it should at least be conservative.