The Importance of Solitude in an Era of Constant Contact

If a person is alone in the forest when a tree falls, but they don’t notice it because they’re texting, does it still count as solitude? 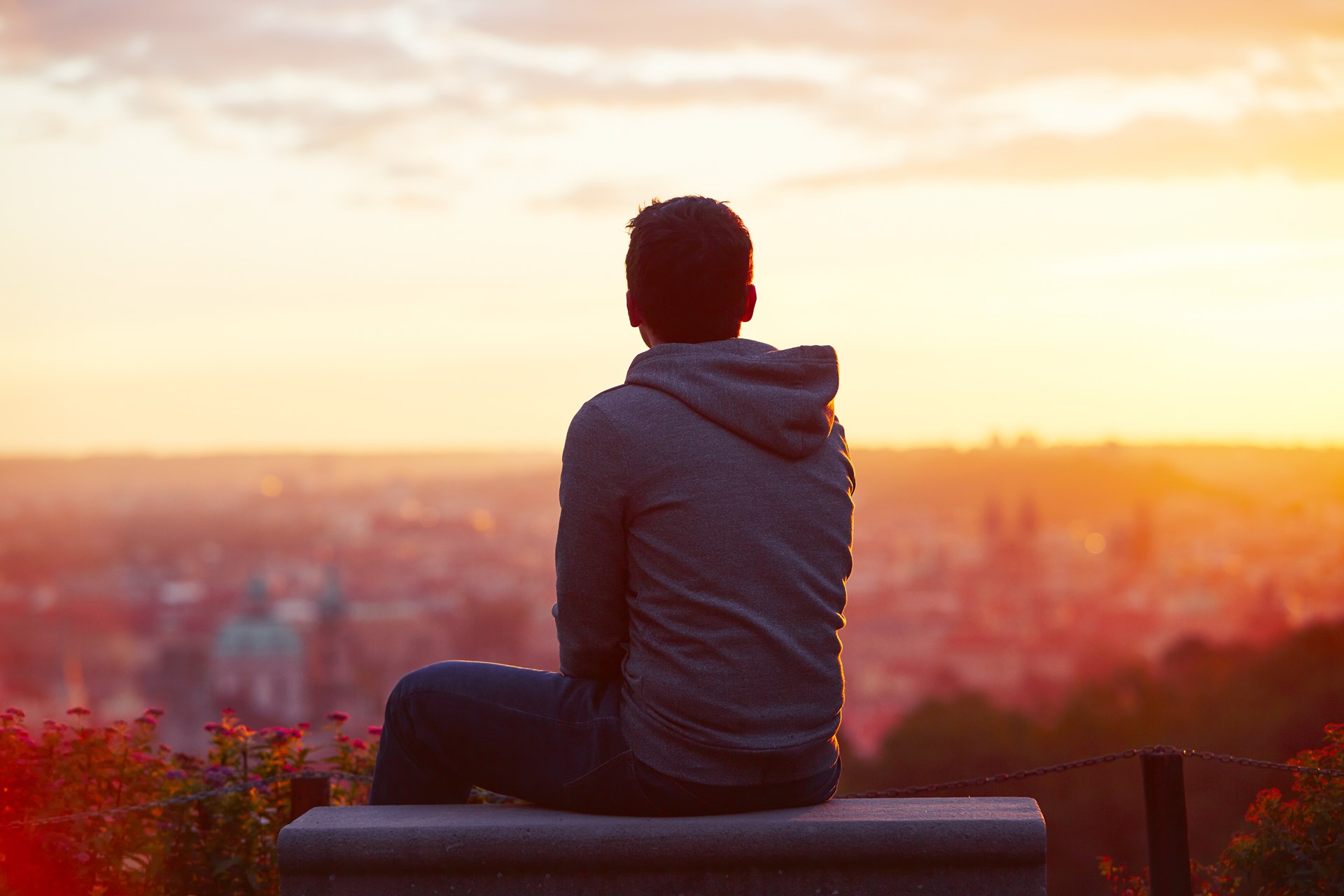 Being alone has many benefits. It grants freedom in thought and action. It boosts creativity. It offers a terrain for the imagination to roam. It also enriches our connections with others by providing perspective, which enhances intimacy and fosters empathy.

To be sure, solitude is not always experienced positively. At times, and for certain people, it can lead to feelings of loneliness and isolation. In that sense, solitude is a two-sided coin, as is the case with other necessities in life, like food. As with food, we can benefit from being mindful of the quantity and quality of solitude we experience in daily life.

If a person is alone in the forest when a tree falls, but they don't notice it because they're texting, does it still count as solitude?This is true of both deliberate solitude and those moments of being alone that are inadvertently stumbled upon. Both varieties of solitude have the capacity to deliver the benefits mentioned above, but the latter may be heading toward the endangered species list, at least for some folks.

In social psychology, solitude has traditionally been defined and measured as being physically alone, or in some cases not engaging with people who are also physically present. Since that foundation was laid, times have changed, as have the possibilities for “being with” others.

You are probably familiar with the old philosophical question: “If a tree falls in the forest and no one is around to hear it, does it make a sound?” After combing through the scholarly research on solitude last summer, I came up with a new version: “If a person is alone in the forest when a tree falls, but they don’t notice it because they’re texting, does it still count as solitude?”

What Is It to Be Alone?

With mobile and social media, we now carry our networks around with us, and new possibilities for perpetual contact pose problems for solitude – not only for how it is experienced, but also for how it is studied. If all of our old ideas for thinking about and measuring solitude no longer apply, then we lack the scientific tools needed to further our understanding of it. Without accounting for the ways people connect in the digital realm through the Internet and mobile media, we have no way of knowing how much solitude people get, how they benefit or suffer from it, or different ways in which it is experienced. When I finished reading up on solitude last summer, I was left with the feeling that the study of it had hit a dead end, and was ready for a reboot.

That reboot began last fall when MIT professor Sherry Turkle’s book Reclaiming Conversation was published. Turkle’s book has garnered both high praise and rebuke for its critical view of digital media and the degradation of face-to-face conversation. Setting that debate aside for the moment, the book also makes some points that help push the conversation about solitude into the digital era.

One of Turkle’s arguments is that being able to connect anytime, anywhere means never having to experience unwanted solitude (see also Louis C.K.’s comedic rant on the topic). This is a problem because, as Turkle puts it, “In solitude we find ourselves; we prepare ourselves to come to conversation.” For her, the fundamental problem is how technology, especially mobile communication, makes it easy for us to avoid mundane boredom in daily life. Beyond boredom, we can talk about some other key reasons why someone might opt for a smartphone over their own thoughts during periods of downtime – and why there is a greater need for deliberate solitude for those interested in the benefits of being alone.

We live in a time when expectations for being accessible are high. Sociologist Rich Ling attributes this to mobile communication’s transition from something new into a taken-for-granted assumption, like telling time. When mobile communication was a novelty, it was special to be able to connect “on the fly.” No longer. Ling’s theoretical argument about high expectations of accessibility is well-supported by a recent survey in the US, in which 80 percent of teens reported checking their phone hourly, and 72 percent said they feel the need to respond to messages immediately.

Mobile communication is now more like a second skin than a new innovation. When it beckons, people respond, often automatically. Even when our mobile devices do nothing at all, we sometimes automatically react to “phantom vibrations.” Mobile habits can also be triggered by emotional states and the environment.

A few years ago, I was part of a small group visiting a primate sanctuary near Miami. The gimmick was that the monkeys roamed free while the humans were caged. The management set us free for a few moments, and we found ourselves completely covered in spider monkeys who wanted to make friends (friends who had nuts and raisins). Our initial impulse was to pull out our mobile devices to take photos and video. We didn’t even think about it.

If people turn to these devices without thinking during life’s amazing moments, it makes sense that we would do the same during those moments of unintended solitude. This tendency is exacerbated by the pull of expectations to be accessible anytime and anywhere. I am not arguing that everyone needs more solitude in their life. However, with unintentional solitude no longer mandatory, it might be a good idea for us to direct more thought into intentionally carving out times, places, and activities for being alone, not just in the realm of atoms and molecules, but in the realm of bits and bytes as well.

This appeared at Intellectual Takeout.

Scott Campbell is the Constance F. and Arnold C. Pohs Professor of Telecommunication at the University of Michigan.