The Heroic Individual Is Needed to Confront the Evil of Nihilism

Inside each of us are a villain, a coward, and a hero. 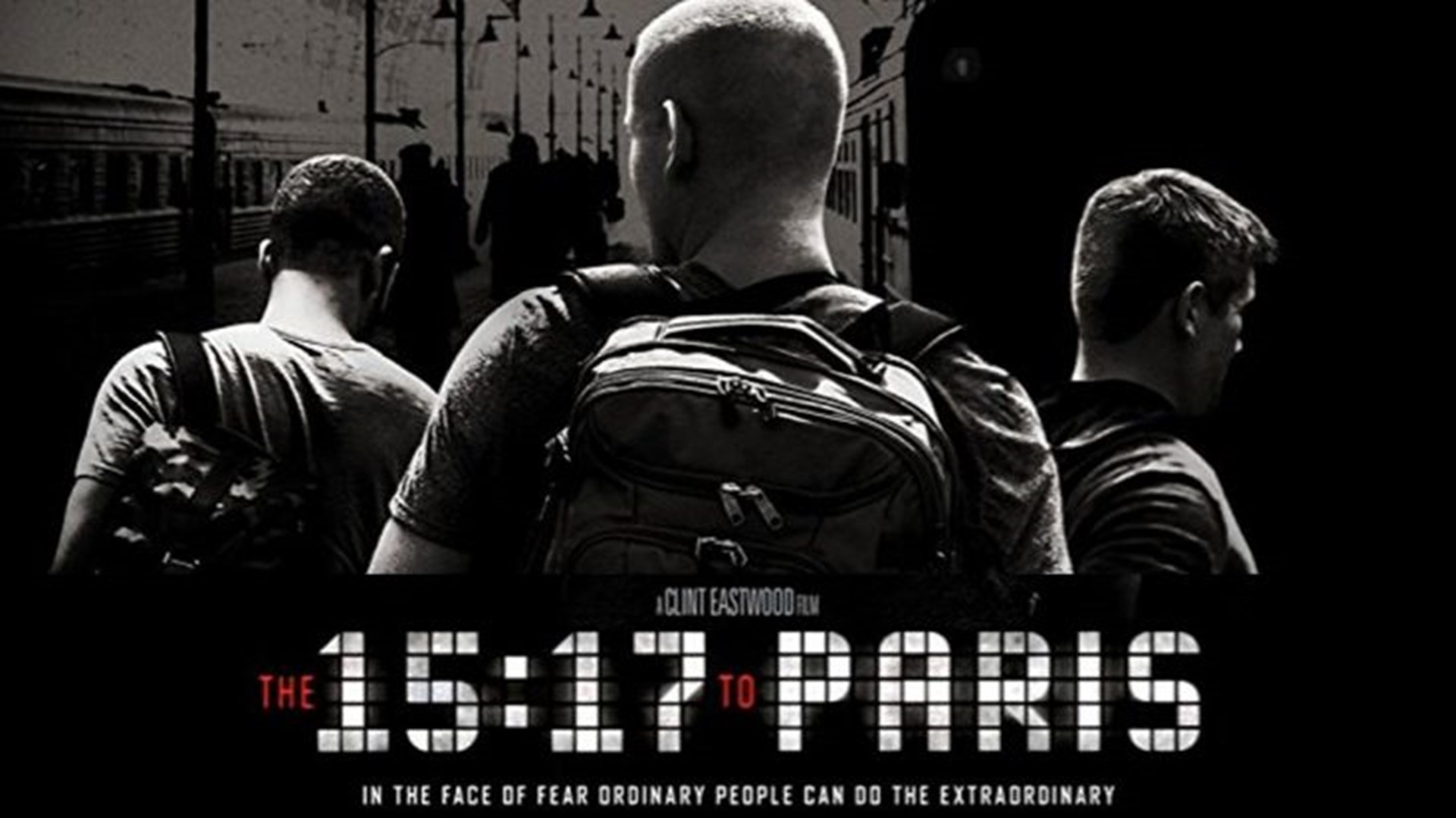 I watched The 15:17 to Paris last weekend. The movie, directed by Clint Eastwood, describes the true story of a group of three friends who, while on a backpacking trip in Europe, stopped a gunman from partaking in a mass shooting on a train from Amsterdam to Paris. These young men, who actually played themselves in the movie, were ordinary men from Sacramento, California. But they transformed into heroes through their actions by attacking a gunman who could have killed hundreds of people on that train.

The movie was an inspiration. And yet the critiques rated the movie as 22% on Rotten Tomatoes — a splat.  I sifted through the reviews and all that the majority of them could muster up was that the actors were not as artistically capable as Mark Wahlberg or Liam Hemsworth.

Unfortunately, it seems that the critics missed the point. What made this movie worth watching was that it exemplified valor instead of the needless violence, hedonistic nihilism, or outlandish plots usually displayed on the big screen to amuse audiences.

Think about who the one was responsible for what ultimately happened as a consequence. Unlike most fictional movies, this was a true story of a group of courageous young men who did the right thing when they didn’t have to. They could have easily hidden behind their passenger seats, praying and hoping that the shooter would pass them by without noticing them. But instead, they ran straight toward the villain, took responsibility, and stopped something terrible from happening.

Think of an example in your own life about a time you acted heroically. Now think about a time in which you could have done the right thing but didn’t. During each of those two moments, think about who was the one responsible for what ultimately happened as a consequence.

How many of us go through life skimming by trying to avoid challenges, confrontation, or conflict? How often do we attempt to pass through hardships unscathed? How often do we completely miss important points and life lessons and then become bitter, cynical about the evils that we endure in life and curse the state of Being, the state of Life itself?

We Are All the Hero, the Coward, the Villain

On October 1, 2017, a man with no criminal record shot hundreds of people at a country music festival in Las Vegas. He spent months preparing for it, buying guns, and sketching out plans for how he could shoot as many people from the 32nd floor of a Las Vegas hotel.

Jordan Peterson stresses that everyone (or nearly everyone) has experienced the same nihilism that has driven mass murderers. “Why did he do it?” asked the media. We, the watchers of the horrible massacre, said we didn’t understand, either. I myself didn’t understand. Was he sick? Demented? Psychotic? To this day, the results of the autopsy have given no clues, with no indication that any of these reasons were to blame.

Every few months, there is a new tragic school shooting that is sensationalized by the media (which is exactly what the perpetrators desire, but this assertion in itself reflects an entirely different argument for another time). The recent particularly awful one in Parkland, Florida is no exception.

Many news headlines consistently call these tragedies acts of “pure evil,” and often superficially question the motives of the killers, perplexed as to how such villains could exist. This is usually followed by a shallow, polarized debate about gun control, which further divides fundamentalist ideologues. However, no one seems to talk about what truly motivates and drives the killers.

Through deep inspection, one can identify that unchecked cynicism is to blame for most mass evils that manifest in the world. The well-known psychologist of the University of Toronto Jordan Peterson stresses that everyone (or nearly everyone) has experienced the same nihilism that has driven mass murderers.

Inside each of us are a villain, a coward, and a hero. Which one will prevail? The heroes who save lives, the mass shooters who take them, and cowards who run away from challenging situations all have something in common. They all experience the tragedies of life.

Suffering is inevitable. Death is inevitable. It is the reaction to the suffering that is different and, thus, completely changes the course of their own lives and the history around them. Inside each of us are a villain, a coward, and a hero. Which one will prevail?

Mass murderers act upon intensified cynicism and allow the nihilism to fester. They fail to recognize that, had they faced their shadow (defined by Carl Jung as the unknown dark side of personality which every person possesses), taken responsibility, and cleaned up their lives, they could have been the heroes who saved the world and were respected by many. It is easier to become cynical and angry at Life itself for its inequities and tragedies than to acknowledge that you are responsible for cleaning up your own life.

Revisiting the movie The 15:17 to Paris, a true account of the hero’s journey is exactly what is portrayed. The movie’s three young protagonists were not perfect. They were ordinary. They had flaws. They experienced childhood and early adulthood hardships.

The hero can be anybody at any time, if one only steps up to the plate. But instead of taking the path of least resistance, instead of allowing cynicism to take over and deflecting responsibility for their lives, they worked to better themselves mentally, physically, and interpersonally (through their strong friendship). And when faced with the challenge that presented itself on that train, they became the heroes.

I applaud Clint Eastwood for exemplifying the ideal of the hero archetype in this movie. Is the movie going to win awards for its screenplay or artistic theatrics? Perhaps not, but that isn’t why the movie was created.

It tells a deeper story, and a true one that is needed more than ever in the current epoch: a story in which the hero wins. This film underscores that the hero can be anybody at any time, if one only steps up to the plate.

Anna-Marieta Moise is a neurologist and writer who practices in Asheville, NC.