The Economics of Rain: Why Water Shortages Shouldn't Be a Problem in Most Parts of the World

Applying market principles to water production and distribution can solve most, if not all, of the world's water deficiencies. 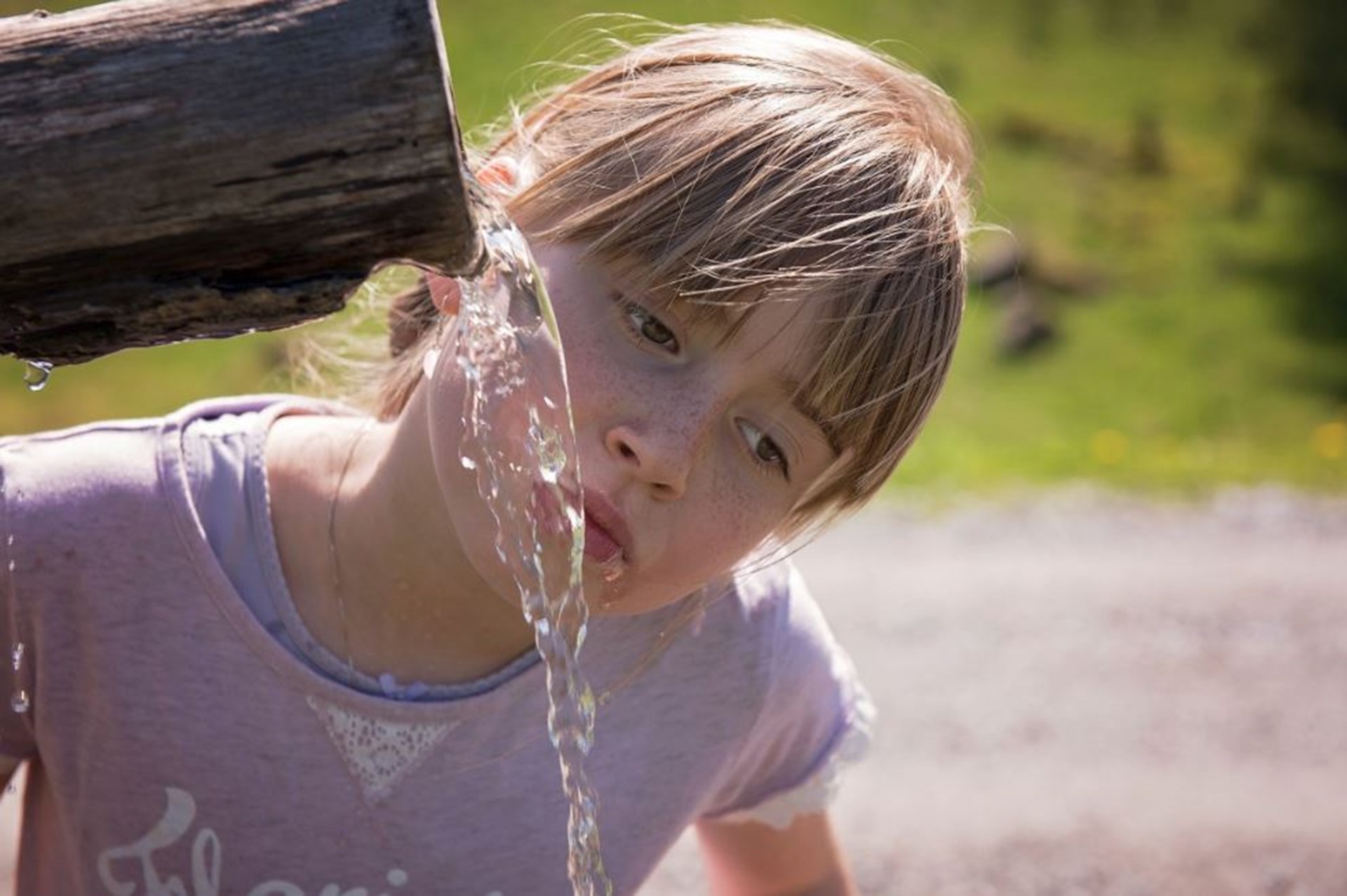 In 1998, Amartya Sen was awarded the Prize in Economic Sciences by the Nobel Committee for his work in development economics, but Sen is probably best known for what was essentially a political insight: that the key cause of modern era famines is authoritarian rule rather than a shortage of food.

The same logic can be applied to water scarcity. For example, Cambodia, Haiti, and Rwanda have more rainfall than Australia. But, whereas all Australians have access to safe water, less than half of the people in the other three countries do.

“It is the level of development that determines access to water, not the amount of rainfall,” writes Frederik Segerfeldt in his book Water for Sale.

This phenomenon is clearly illustrated in the Caribbean, which has been experiencing water shortages since last year. According to the Caribbean Institute for Meteorology & Hydrology, the first three months of 2019 saw below normal rainfall, with four tourist-destination islands—Barbados, St. Maarten, St. Croix, Aruba, and Curacao—rated as severely to extremely dry.

The largest island in the Anglophone Caribbean, Jamaica, was moderately wet in the west to slightly dry in the north, but several parishes in that island have been having water cut off regularly since the start of the year. Trinidad, which thanks to energy revenues, has been the region’s wealthiest Caribbean country since the 1970s, was rated slightly to severely dry.

Yet the region does not typically suffer from physical water shortages. Worldwide, physical water scarcity occurs in Middle East nations, some areas of south and east Asia, slivers of North Africa, a chunk of North America, and a small part of Australia (see map below); not the Caribbean.

Instead, the Caribbean countries’ core problem is economic water shortages (see red portions on map above). The region has two seasons: wet and dry. The wet season is between February and July, yet the ample rainfall in that period is often insufficiently collected to adequately supply the population for the six months of the dry season. This is at least partly due to the inefficiency of the state-run monopolies, which manage all the water resources in almost every Caribbean country.

In Jamaica, water distribution is handled solely by the National Water Commission (NWC), and the laws that govern the NWC give it authority not only over water supply infrastructure, but also springs, streams, and wells. The Act even forbids anyone from providing a neighbor with water unless they have a license. Similarly, in Antigua, the Public Utilities Act states that “The Authority shall have the exclusive right  to supply, distribute, maintain and sell water.”

More than a billion people contract water-borne diseases every year, with three million children dying from cholera and other diarrheal conditions.

In Trinidad, the Water and Sewerage Authority in recent weeks has been warning citizens not to use hoses to wash their cars, charged eighteen people for water-related offenses, and even seized the pumps of farmers who didn’t have licenses to use stream and pond water for their crops.

While it is true that total precipitation was lower than usual during the 2018 wet season, it is even truer that in many of these islands, water production is just very inefficient. In Jamaica, millions of gallons have been lost through badly managed road projects, which damaged water lines, while the NWC has recorded thousands of leaks. In Trinidad, WASA estimates that 40 to 60 percent of the water in its decades-old mains is lost through leakage. In addition to this technical failure, appeals to consumers to conserve water fly in the face of a fundamental economic principle: any good that is underpriced will raise demand and cause scarcity.

Segerfeldt notes that “For political reasons, the price of water is simply too low…in practice, we have a situation where supply is too low to reach the poor, with the effect that more than a billion poor people have to pay through the nose for poor-quality water, thereby risking disease and death.”

He further argues that placing the water supply under market discipline will benefit the poor more than any other group. Not only does Segerfeldt cite evidence showing that the inefficiency of state-owned utilities in several countries leads to the poor paying more for water, but he also outlines how the natural monopoly problem can be solved by instituting rules for the quality of the water supply and by supplying vouchers to means-tested households. In any case, sans state controls on access to natural water sources, the profit incentive for a commercial water supplier would keep prices reasonably low since exorbitant fees would surely lead to people bypassing the water company and getting their supply elsewhere.

Applying market principles to water production and distribution can solve most, if not all, of the Caribbean’s water deficiencies.

Even so, given the small size of the Caribbean islands, privatization might appear to be a non-starter. Yet the first water supply in Jamaica was, in fact, a private initiative when planter Roger Elleston built an aqueduct to carry water from his estate to the town of Kingston in 1776. Jamaica also had one of the first piped water systems in the Western Hemisphere, with the Falmouth Water Works Company established in 1799 to supply the town of Falmouth and ships bringing slaves and supplies to the sugar colony. And an 1858 report from Barbados notes that the capital, Bridgetown, got most of its water from a spring located in the Bay Estate, which supplied 289,000 gallons every 24 hours, with the owners of the property selling the water to persons who in turn carted it around the town in casks to be sold at four gallons for a penny.

However, modern-day initiatives to establish public-private partnerships have usually foundered on political shoals. In 2014, such a proposal was rejected in Jamaica on the basis that due to the country’s uncertain economic prospects, the government could not provide guarantees to the private partner. In Trinidad, the government contracted the British firm Severn Trent to turn the utility around in 1996, but that contract ended after three years and, two decades later, WASA is still overstaffed and subsidized to the tune of $285 million annually to supply water to 1.3 million people occupying 1,864 square miles of land. By contrast, in the 30 inhabited islands of the Bahamas, desalination plants have been built and operated by a private company and, even though they had the same low rainfall as other Caribbean countries, the Bahamas islands have experienced less potent water shortage issues.

Despite continual complaints from Caribbean citizens about unreliable water supplies and regular lock-offs, recommendations typically center around more of the same: government-funded improvements to infrastructure and management. But, as Segerfeldt asserts, “A public authority lacks incentives for reaching as many users as possible. A company operating on a commercial basis earns money for each new customer and therefore wants to reach as many users as possible.”

Applying market principles to water production and distribution can solve most, if not all, of the Caribbean’s water deficiencies. And if such initiatives are successful in these small islands, they are even more likely to work in larger nations.

“In poor countries with private investments in the water sector, more people have access to water than those without such investments,” Segerfeldt notes. But because 97 percent of water distribution is handled by state monopolies worldwide, more than a billion people contract water-borne diseases every year, with three million children dying from cholera and other diarrheal conditions.

Privatizing water could help save those lives.

Kevin Baldeosingh is a Trinidadian newspaper columnist, educator and author. During his career as a journalist, he has been involved in many controversial social issues and worked for the Trinidad Express, Newsday and the Trinidad Guardian. He mainly writes on policy, economics, education, and parenting.