The Dunning-Kruger Effect Explains the Growth of Government

Why do democracies lead to ever-growing states? 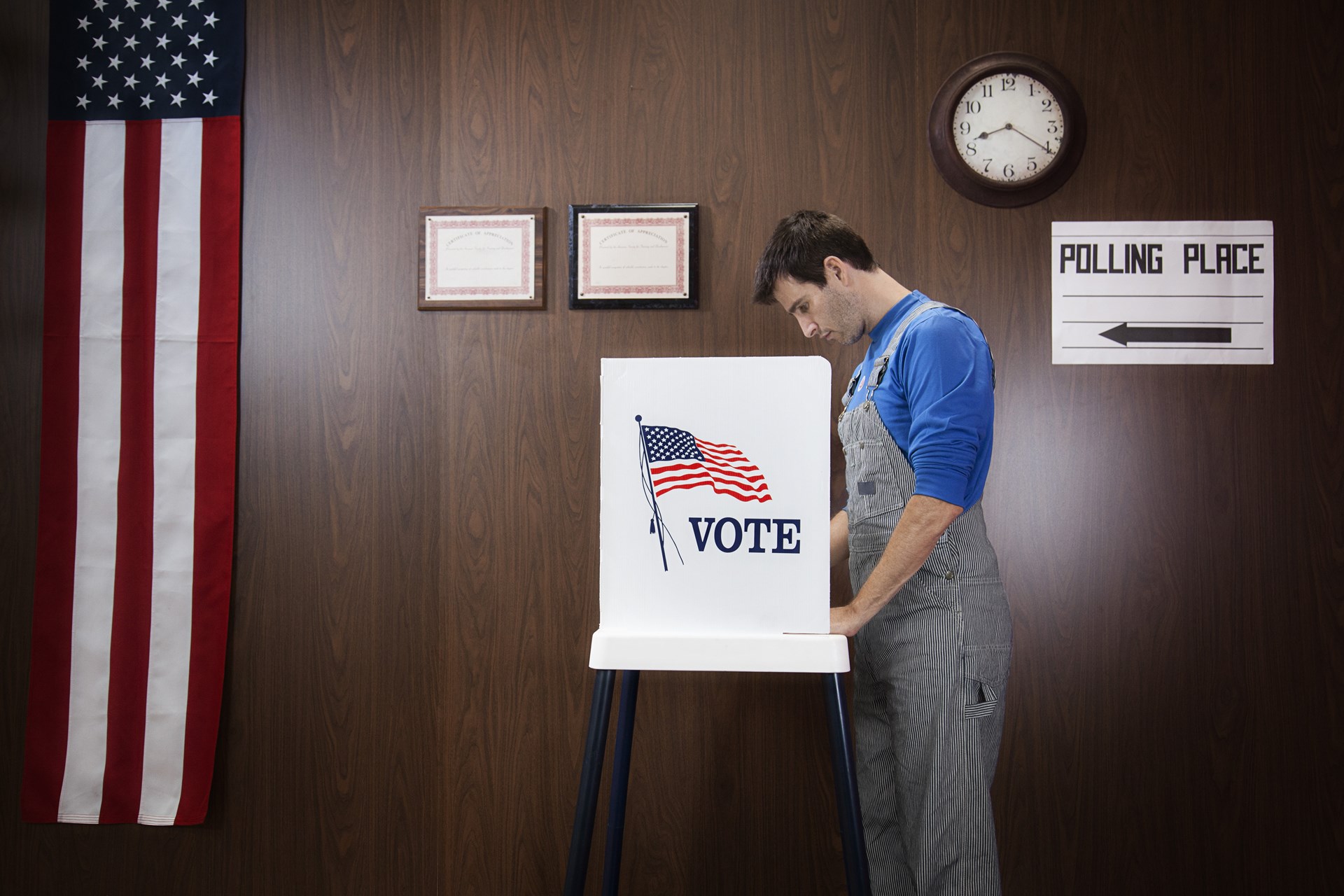 We’ve all found ourselves at least a few times in our lives listening to friends or relatives complain about voter apathy. If only voters properly researched policies and politicians, everything would be better, we hear. Unfortunately, the incentives just aren’t there.

Anthony Downs called this phenomenon "rational ignorance," and it is especially significant with government-related decision-making, or "Public Choice." Economic analysis shows us that the value of the time individuals spend informing themselves must exceed its opportunity cost. Take this into consideration when contemplating the ludicrous probability of a single participant swaying an entire election. There is very little individual upside to justify any significant effort to inform oneself on voting for the "right" solution.

Thus, ignorance is a perfectly reasonable alternative and should be a completely expected outcome of democracy. After all, the individual losses of inadequate voting are just too low to matter much, if at all. Proper examination simply doesn’t make nearly as much economic sense for political agents as it does for market ones.

But if people are choosing ignorantly, wouldn’t the properly-educated minority weigh the scale towards good, effective policies? And if, as I believe, good policy means a less-intrusive government, why does the opposite always seem to happen?

The Head Start of Statism

An important distinction must here be made: the issue at hand is not an admitted lack of knowledge. Otherwise, the very fact that voting is not random at all would completely debunk the theory. In this case, however, ignorance is knowing things wrong.

The Dunning-Kruger Effect explains this: beginners in any given subject tend to overestimate their own capacity. As the psychologists behind it very succinctly stated, “difficulties in recognizing one’s own incompetence lead to inflated self-assessments.” 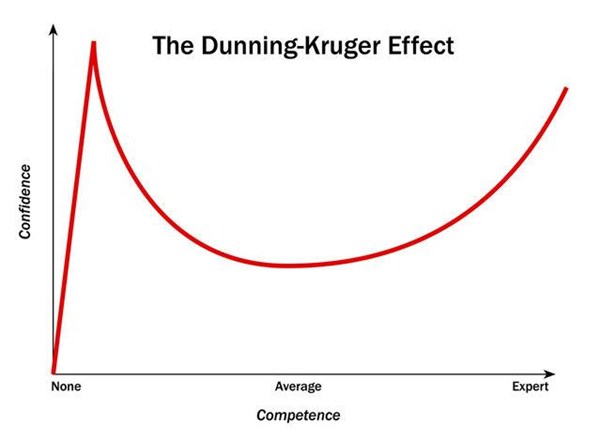 Thus, we can’t expect politically ignorant individuals to remedy this situation, as they are likely unaware of being in this condition in the first place.

Still, if ignorance is the main component here, people should be just as obliviously skeptical of central planning as they are in favor it. The same goes for welfare statism, the war on drugs, or any other idea passionately supported by most unknowingly unknowing citizens.

We humans are very intuitive. Unfortunately, our intuitions aren’t always useful within the workings of modern society. Whether it’s our dietary preferences, relationship insights, or mathematical imagination, it’s often observed how difficult it is to achieve desirable results without disciplined logical thinking, effectively combating our inner cavemen.

Economics is no different. Our primal feelings on social justice evolved during the Paleolithic Age, when we relied exclusively on hunting and gathering. If there’s no resource production and mere extraction, it makes sense to worry most about how the distribution happens. We can understand, then, why most people would gravitate towards those basic principles. That’s Marxism in a nutshell, which requires the market to function as a zero-sum game.

Dreadfully, when applying those principles to modern economic policy, the consequences develop all around us: the disincentive on production caused by forced redistribution prevents wealth from being created throughout the globe. Although most people, as we’d expect, are unaware of this crucial problem or grossly underestimate it. It’s the old Jungian battle of Thinkers versus Feelers.

Furthermore, a basic precondition of any government is that citizens must believe in its effectiveness. Whether it’s the sanctity of God-given monarchs, well-intended fascists, or the rule of the people, such arrangements can only exist while the populace supports it — often religiously.

The populace actively chose — through government approval — to waste trillions of dollars. Under such circumstances, it’s easy to realize why communities would prefer state action rather than inaction. After all, that is precisely its theoretical duty: acting when problems fail to be voluntarily solved on the market.

Consider busts such as the 2008 financial crisis. The Austrian Business Cycle Theory claims that artificially low interest rates caused the poor investments that lead to it. Imagine, then, if standing back and allowing the market to reallocate those resources would ever be the most popular opinion. Quite the contrary, the populace actively chose — through government approval — to waste trillions of dollars on stimulus packages, bailouts, and massive spending. Keynes wins; we all lose.

Once again, we observe the results: colossal regulation, a myriad of public sectors, and accordingly stunted progress. A thorough inspection of such proposals, however, should lead us to exactly antagonistic views — or, at the very least, heavy skepticism.

This final predicament may effectively consolidate individuals at the start of the competence axis. Bryan Caplan’s Rational Irrationality

Calcification occurs for any long-held beliefs. Afterwards, it becomes increasingly difficult to overcome those biases. At that point, adapting to new information isn’t merely not worth the effort, but causes actual short-term dis-utility for individuals. This happens through both internal and external pressures.

After all, learning is a continuous process of inner creative destruction. As such, it is immensely beneficial, but very painful at first. It’s comprehensible, then, why people would struggle to accept novel evidence that contradicts their previous convictions: it’s only logical to avoid distress.

Additionally, if your family or others close to you also believe whatever contradicts the new data you have assimilated, they can act as an outside maintainer of whatever beliefs you hold, not only through feedback loops in an echo chamber but by actively persecuting changes in your own principles as well. Losing friends is tough, and attempting to prevent it is entirely sensible.

This final predicament with ratiocination may effectively consolidate individuals at the start of the competence axis, making them not only disinclined to improve intellectually but blatantly against it.

Rational Ignorance is certainly a score for advocates of privatizing law production. Eternal Vigilance just isn’t sufficient motivation. It increasingly appears as if Public Choice might be the actual ultimate utopia.

However, fierce fans of democracy should be at the front of understanding these issues and attempting to minimize their consequences. Unfortunately, rather than a means for collective decisions, democracy is presently mostly treated as an end in itself — especially by those who successfully elected their current representatives.

Understandably, criticizing democracy can be frightening. Historically, alternatives have been overwhelmingly tragic. Nevertheless, ignoring its many faults won’t do any good. We must not take chances on an unchecked power of the collective or even the possibility of populists exploiting its flaws — as seems to be a common issue these days.

Eduardo Gindri is a Brazilian software engineer and a member of the Atlantos Institute.