The Awesome Social Value of the Chiquita Banana Song

Don't let anyone tell you that you can't learn anything from pop culture. 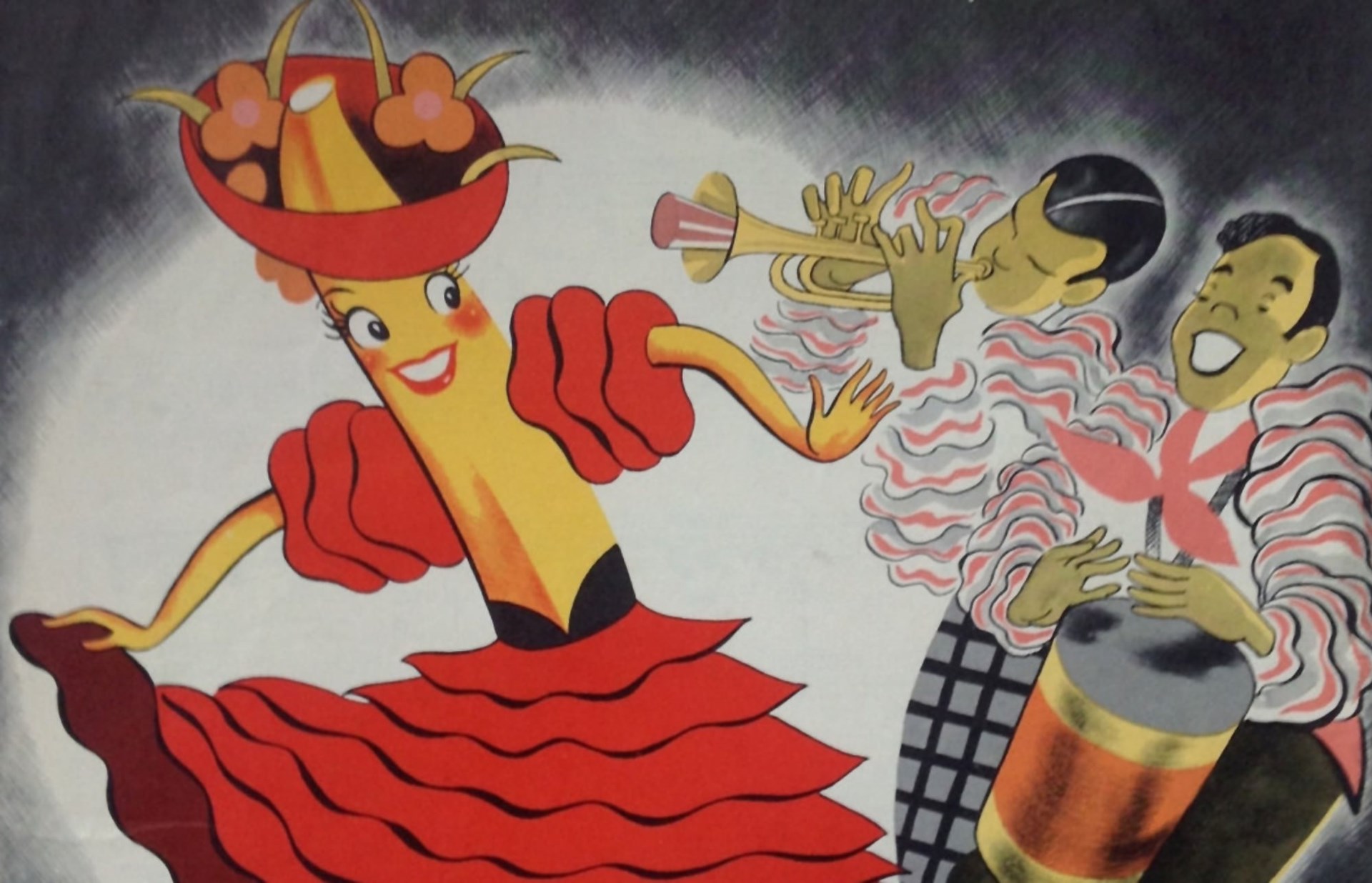 It’s one of the great, unforgettable commercials of the modern advertising era. The Chiquita banana song hit the airwaves in 1944, just as the war was coming to a close. The catchy lyrics and tune were one of the great mid-century radio earworms, and the sexy Carmen Miranda-style banana in the animated movie theater version of the commercial was an even bigger hit.

Though the Chiquita banana song was long gone from radio, movie, and television advertising by the time I was a kid, I’m still familiar with the lyrics because my dad used to sing them when urging us to remember to pack bananas in our lunchboxes or eat them for snacks. It’s just that unforgettable.

When I was home over Thanksgiving last week, Dad and I got talking about the Chiquita banana song again. (This is the kind of thing my family does for fun, and as I said to Jeffrey Tucker recently, it’s as good an explanation as any of the kinds of oddities I write for FEE.) Dad had been thinking about the lyrics of the commercial, which somewhat surprisingly don’t praise the delicious or nutritious qualities of bananas.

Like the new commercial introducing kiwifruit to India, the Chiquita lyrics tell the listener how to eat a banana and how to care for one.

Bananas like the climate of the very very tropical equator,
So you should never put bananas in the refrigerator!

Dad pointed out that this had suddenly struck him as odd, because bananas had certainly been around for a long time before WWII. His proof for the assertion was the major hit song of 1922, “Yes! We Have No Bananas.”

This little comic song about a fruit stand certainly assumes, as background, that everyone knows what a banana is and that the fruit is common enough that a shortage is worthy of notice. In fact, bananas were already old hat by 1922. They’d first been imported to the US in 1804 and were a $6.4 million business by 1900.

So why, then, does the Chiquita banana commercial introduce the banana as if it is some new and exotic fruit?

We have two theories about that. Dad remembers a music appreciation class he took in grade school that taught kids to remember the themes of classical pieces by putting lyrics to them like:

This is the symphony
That Schubert wrote and never finished

Overtaken by a whim
Not unusual for him
Haydn wrote a piece that sym-
Phonically surprised
Him.

“Amaryllis” written by Ghys.
He sells bananas, 50 cents apiece.
Now he knows that there's a war
That’s why he won’t sell them any more.

The war effort closed a lot of trade routes and took a lot of merchant ships for military purposes. So, Dad suggested, the Chiquita banana song was a necessary reorientation and reintroduction for folks who hadn’t been able to get bananas for six long years.

That sounds likely to me, but I added that home refrigerators didn’t become widespread until the end of the war as well. Maybe an additional reason for the Chiquita banana song was the need to know how to treat not only an unfamiliar fruit but also an unfamiliar appliance?

I spend a lot of time thinking and talking about pop culture, and persuading people that it should be taken seriously as an art form and as an object of historical study. Talking to my dad this weekend reminded me that something as apparently trivial as the jingle for a banana commercial can open a window into history, economics, and culture.

And we didn't even get up from our chairs while we thought through all of this. If we'd delved deeper, we could have talked about the history of the United Fruit Company, and the good and ill it did. We could have looked at Neruda's poem about the company. We could have researched the price of bananas before and after the war and tried to determine if they were a luxury item or not. We could have checked out cookbooks and seen how the banana was first treated by home chefs. (Did you know the avocado was initially treated as a dessert item and served with powdered sugar and lemon juice?).

The next time someone tells me you can't learn anything from pop culture, from television, and especially not from advertising, I'm going to sing them the Chiquita banana song. It should be pretty persuasive.