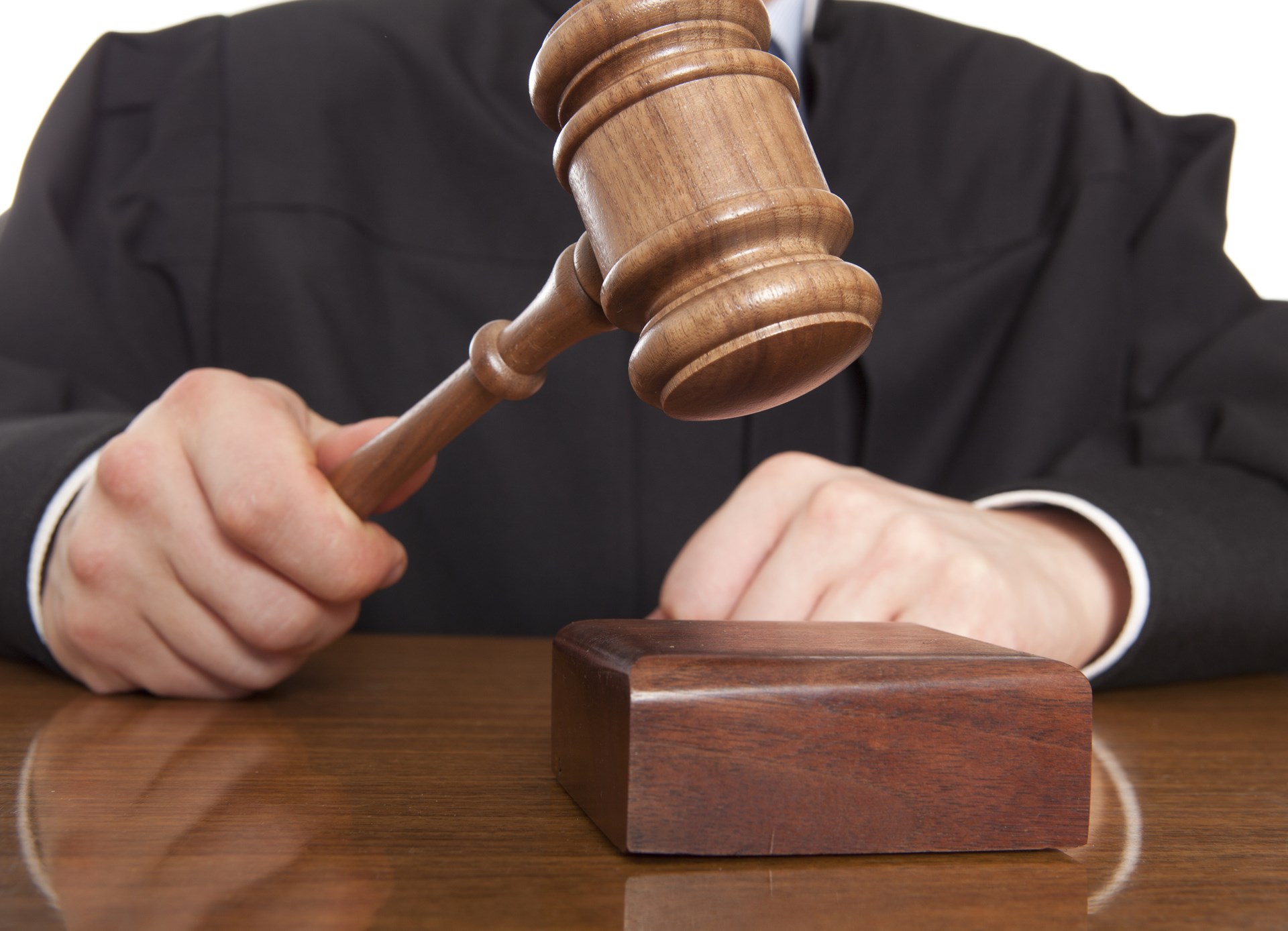 The Supreme Court ruled 5-4 on Wednesday that nonunion government workers can’t be forced to pay dues or other fees to support a public employee union, further diminishing the power of organized labor and setting up what right-to-work proponents called the “hard work” of protecting free speech rights for the nation’s government employees.

Right-to-work advocates also expressed concern about what they see as ongoing conflicts of interest between public employee unions and the government officials whom those same unions help elect into positions of influence over union contracts negotiated at taxpayer expense.

“Compelling individuals to mouth support for views they find objectionable violates that cardinal constitutional command, and in most contexts, any such effort would be universally condemned.”

The Janus ruling affects about 5 million government employees in 22 states who no longer will be required either to join a union or pay related fees as a condition of employment.

Mark Janus, a former Eagle Scout who works as a child support specialist at the Illinois Department of Healthcare and Family Services, was the lead plaintiff in the lawsuit.

This case is also about the battle against conflicts of interest and corruption.

“This case was one of the most important cases in decades for the freedom of speech and freedom of association,” Illinois Gov. Bruce Rauner, a Republican, told The Daily Signal in a phone interview days before the decision. “This case is also about the battle against conflicts of interest and corruption.”

“Unions are making campaign contributions to elected officials, getting them into office and then they are negotiating their contracts with these same officials. In the private sector, you would go to jail for this kind of activity,” Rauner said.

The high court ruled that employees must affirmatively consent before a union may withhold fees from their paychecks, meaning the system must be “opt in,” not “opt out.” In addressing this point, Alito wrote:

Under Illinois law, if a public-sector collective bargaining agreement includes an agency-fee provision and the union certifies to the employer the amount of the fee, that amount is automatically deducted from the nonmember’s wages. No form of employee consent is required. This procedure violates the First Amendment and cannot continue.

Neither an agency fee nor any other payment to the union may be deducted from a nonmember’s wages, nor may any other attempt be made to collect such a payment, unless the employee affirmatively consents to pay. By agreeing to pay, nonmembers are waiving their First Amendment rights, and such a waiver cannot be presumed.

While pleased with the outcome, Matt Patterson, state field director for the California Policy Center, a nonprofit educational organization, says he doesn’t want advocates of worker freedom to become complacent while unions mobilize efforts to negate the ruling with the assistance of their allies in government.

“Now is when the real hard work really begins,” Patterson told The Daily Signal. “We need to hit the ground running so all of these workers can be educated and informed about their rights and what it means for them. Chief Justice John Roberts is not going to go door-to-door in Illinois and in other states telling government workers that they can now opt out from paying union fees.”

Patterson said the California Policy Center is poised to lead an effort to educate government employees in California about their rights.

The conflicts of interest between unions and government officials that Rauner and others identify provide union operatives with certain advantages that right-to-work advocates don’t have, Patterson said.

“Unions already have a group of dedicated, well-paid activists working tirelessly on their behalf,” he said, adding:

They’re called elected officials, and they will stop at nothing to advance the interests of organized labor at the expense of the taxpayer. To add insult to injury, they are funded by the taxpayer— in other words, you and me

Public unions have operated like racketeering syndicates for decades—the Janus decision has the potential to bust that system up like some RICO statute from heaven.

RICO refers to a 1970 federal law, the Racketeer Influenced and Corrupt Organizations Act. Lawmakers initially passed it with an eye toward prosecuting Mafia figures, it is now applied more broadly against all organized crime.

AFSCME officials who had been named as defendants in the Janus case argued that government workers who decline to join a union should still be required to pay “fair share fees” to support collective bargaining efforts.

These fees are used to help negotiate salaries and benefits for both union and nonunion workers, AFSCME lawyers explained in their brief to the high court.

In response to concerns about the free speech rights of government employees who are opposed to unions’ political activism, the lawyers for AFSCME told the court that the law already permits those employees to “opt out” from paying fees in support of political activities.

The union argument did not carry the day at the Supreme Court because the lines between collective bargaining and political activism have become blurred in recent years, Vincent Vernuccio, a senior fellow with the Mackinac Center for Public Policy in Michigan, said in an interview.

“The court has finally come to see that everything public employee unions do is inherently political,” Vernuccio told The Daily Signal, adding:

We are not just talking about direct donations to candidates. When unions are negotiating for higher salaries and more benefits, those are taxpayer dollars we are talking about, and the decision to raise salaries and benefits at taxpayer expense is a policy choice that not everyone shares. At the heart of the Janus case is the idea that government unions are purely political.

Rebecca Friedrichs, an elementary school teacher who worked for 28 years in the Savanna School District in Anaheim, California, was the lead plaintiff in a case before the Supreme Court in 2016 that raised the same First Amendment argument against mandatory union fees.

But unlike Janus, the Friedrichs case explicitly asked the court to strike down “opt-out schemes” that government employees must navigate their way through to avoid subsidizing a union’s political activities.

Friedrichs submitted a friend-of-the-court brief in the Janus case, arguing in favor of a system that would enable workers to opt in rather than opt out of paying union fees.

The court “should make clear that government employers and unions must obtain workers’ affirmative consent before deducting any union dues or fees from their wages,” Friedrichs said in her brief. “This would prevent the use of ‘opt-out’ schemes, which many public-sector unions have used for years to undermine workers’ right to withhold funding for some union political causes.”

Friedrichs had joined nine other teachers and the Christian Educators Association International to sue the California Teachers Association, several local unions, and the National Education Association.

But because Justice Antonin Scalia died about a month after oral arguments were held in the Friedrichs case on Jan. 11, 2016, the high court wound up deadlocking 4-4. That left a lower court ruling in place that upheld California’s “agency shop” law.

Just a few weeks after he was sworn in as governor of Illinois in January 2015, Rauner moved against union mandates in the public sector.

The Republican governor issued an executive order to prohibit collection of union fees from state government employees who are not union members. He also filed a federal lawsuit challenging collection of the fees as a violation of free speech.

Although a federal district judge ruled in 2016 that Rauner did not have standing since the governor was not part of a union and did not pay union dues or fees, the court permitted other state employees who weren’t union members to intervene and continue the litigation.

Janus, the child support specialist in the Illinois health care and family services agency, answered the call and became the lead plaintiff in the case that eventually reached the Supreme Court.

The Janus case challenged the constitutionality of state and local laws requiring government workers to pay “fair share” fees to unions as a condition of employment.

The National Right to Work Legal Defense Foundation joined with the Illinois-based Liberty Justice Center, a nonprofit public interest law firm, to represent Janus in the case. It named the American Federation of State County, County and Municipal Employees Council 31 in Illinois as the defendant.

AFSCME 31 “exclusively represents over 35,000 state employees who work in dozens of agencies, departments, boards, and commissions subject to the authority of Illinois’s governor,” according to court filings.

The Supreme Court’s ruling in favor of Janus overturns its 1977 decision in Abood v. Detroit Board of Education that said public sector employees may be required to pay the fair-share fees, also known as agency fees, if they decline to join a union.

In Abood, the justices had concluded that those who don’t join a union should not be permitted to operate as “free riders” who benefit from collective bargaining on their behalf, and therefore should pay union fees. But the Abood ruling also said nonunion employees should not be forced to pay for political activism they do not support.

Lawyers representing Janus cited a series of recent decisions where the justices expressed rising skepticism toward the constitutionality of Abood while signaling willingness to issue a broad ruling in defense of First Amendment freedoms in the labor sector.

As for those 5 million government employees in 22 states who no longer will be required to join a union or pay related fees? Patterson, the California Policy Center field director, points to educational outreach efforts in Washington state as a model for what needs to be done at the local level across the country.

Many home-based health care workers, for example, were unaware that they no longer had to pay union dues as the result of another Supreme Court ruling, Harris v. Quinn.

The Service Employees International Union, known as SEIU, teamed with government officials to prevent employees from exercising their rights until they were informed by an outreach organized through the Freedom Foundation, a nonprofit think tank, Patterson said.

“We really don’t know yet what the full impact of the Janus ruling will be,” Patterson told The Daily Signal. “If every public worker in American knows of their rights and how to exercise them, then this could be a cataclysm for public employee unions.”

“But of course, unions and their allies in the Democratic Party will do everything they can to block knowledge of these rights and the ability of workers to access these rights,” he said.

With union mandates outlawed in the public sector, attention now moves to a case out of Lincolnshire, Illinois, that is before the 7th Circuit Court Appeals. In it, union leaders challenge a local right-to-work ordinance prohibiting private-sector employers from entering into agreements that make union membership and payment of dues a condition of employment.

Rauner, a former private equity executive who is seeking re-election in November, said he supports the ordinance and anticipates that the case ultimately will work its way up to the Supreme Court.

“Why should one county or one city have their economic competitiveness determined by the decisions of another county or city?” the governor said. “If local officials want free choice for their workers and not forced unionization, they should be able to make this choice.”

While local right-to-work initiatives have taken root in four counties in New Mexico, they have stalled in Delaware where the state General Assembly passed a bill earlier this month invalidating an ordinance passed by the town of Seaford.

Kevin Mooney is an investigative reporter for The Daily Signal.