Why I generally trust my child's choice of activity.

People who encounter my daughter often remark how articulate she is. She's 4, and I've been hearing such comments since she was 3. I myself notice that most children her age do not speak as clearly, expressively, or with as wide a range of vocabulary as she does.

It is easy to assume that you as an adult “know better,” and it can be tempting to try to redirect them “for their own good.”

In hindsight, it’s a little surprising.

Her mother mostly speaks to her in Chinese. And although I do talk to her and read to her in the evenings and weekends, and sometimes in the morning and/or at lunch, I work full-time at the office. And regrettably, I have not yet figured out how to daily surround her with an age-mixed crowd of diverse, talkative people for her to listen to and talk with.

So, she gets a lot less in-person English-language exposure than most 4-year-old American kids, who either stay at home with an English-speaking parent or who go to daycare or preschool with English-speaking staff and other children.

So how the heck did she get so articulate?

The only factor that would explain it is that we allow her a lot more screen time than most other parents of kids her age. We don’t have cable, but she enjoys Netflix and Amazon Prime shows on our television. And she loves YouTube and game apps on her iPad. We pretty much let her watch/play to her heart’s desire, trusting that she will learn to self-regulate.

When you see a young child spending hours “binge-watching” a show, viewing endless YouTube videos, or downloading and playing game after game, it is easy to assume that you as an adult “know better,” and it can be tempting to try to redirect them “for their own good.”

Children play to learn, and whatever they are most eager to play at is the available activity that most feeds and grows their mind, often in surprising ways.

But, especially after reading Peter Gray’s fascinating book Free to Learn, I am convinced that children play to learn, and that whatever they are most eager to play at is the available activity that most feeds and grows their mind, often in surprising ways. Children generally have a stronger intuitive sense as to what is "developmentally appropriate" for their own flourishing than adults do, however pedagogically-informed and well-intentioned the latter may be. That is why I strive not to frustrate my daughter’s will to play, even if her choice of activity seems pointless or excessive to my adult eyes.

And I’m so glad I did. I really think that she would not be as articulate as she is if she had not regularly heard a plethora of varied voices through our TV and iPad speakers: cartoon ponies articulately negotiating the challenges of friendship, a father/daughter pair of YouTubers opening packages of toys and exclaiming about what they find (we’re going to start making such videos of our own), video game puppies clearly instructing her on her next challenge, etc. Also crucial, of course, has been her abundant practice with the language she picks up by speaking (she is very talkative), especially to me and her mom (although her mom speaks to her in Chinese, she most often speaks to both of us in English).

I have plans for providing my daughter with opportunities for more non-screen-based, age-mixed social play, with English-speakers ranging from kids younger than her to other adults. And I anticipate that those opportunities will be so appealing as avenues of enjoyment, and therefore cognitive growth, that she will generally voluntarily choose them over screen time.

But I will never stop trusting her to make that choice for herself.

“In Free To Learn, educational psychologist Dr. Peter Gray found ‘Surveys of game players in the general population, indicate that kids who are free to play outdoors as well as with video games usually, over time, choose a balance between the two.’ Not only do children strike a balance in their life, but ‘Video-game play appears to compete much more with television watching than with outdoor play for children’s free time.’

Dr. Peter Gray concludes resorting to screen time is more than likely a result of decreased unmonitored play time and less freedom via helicopter parenting. ‘The nine-year-old may not be allowed to walk to the corner store by himself, but he is allowed to enter into and explore freely an exciting virtual world filled with all sorts of dangers and delights.’ Adding, ‘When kids are asked, in focus groups and surveys, what they like about video games, they generally talk about freedom, self-direction, and competence.’” 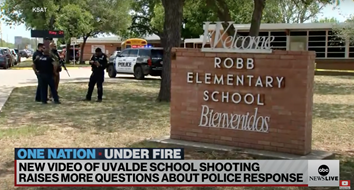