Reject the Ritual Human Sacrifice that Is War

The tendency to war isn't specific to any country, society, or person; it is rooted in our own nature of human sacrifice 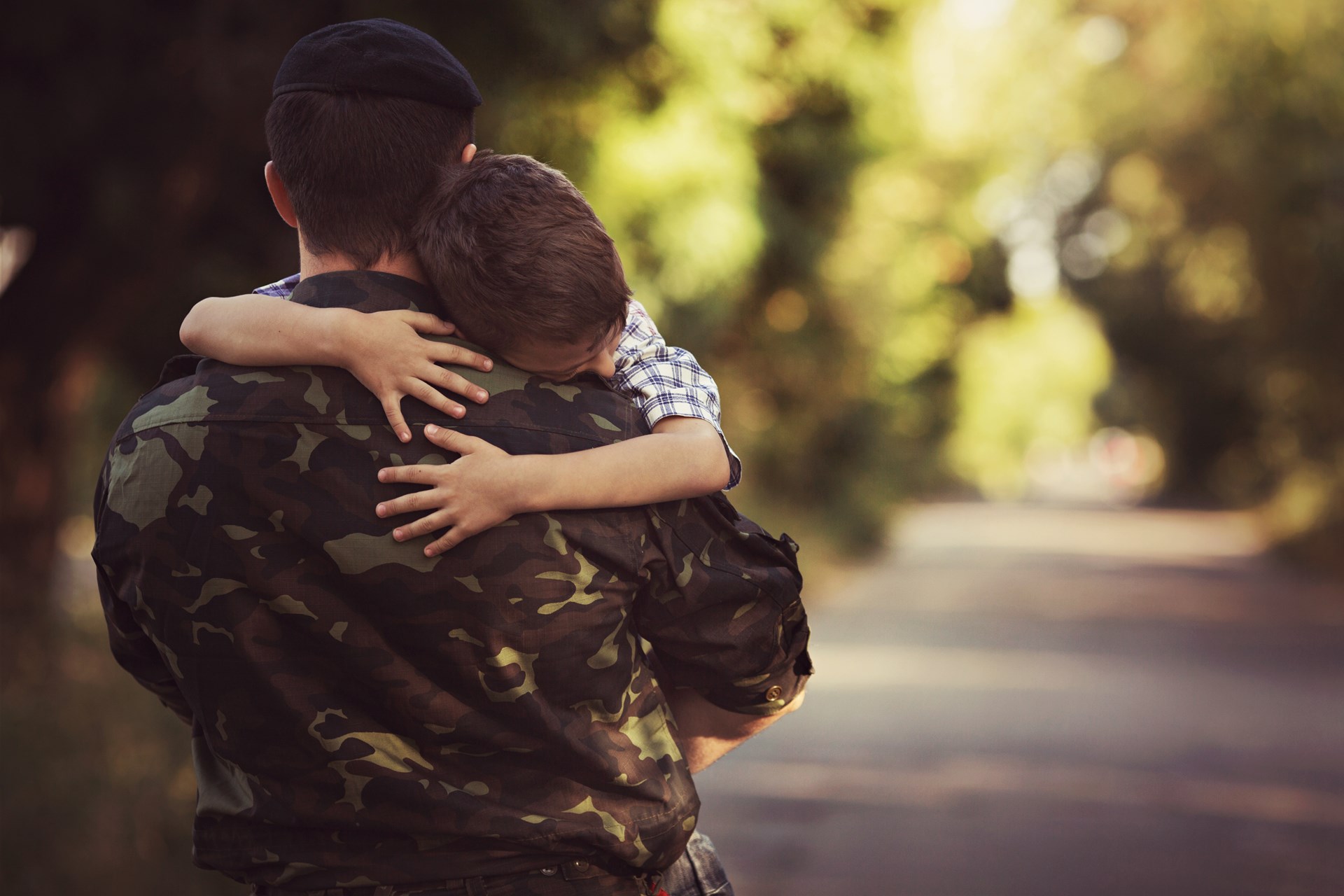 All artistic masterpieces have something in common, said René Girard. Akira Kurosawa's movie Seven Samurai, better known to western audiences as The Magnificent Seven, is one of those masterpieces. It is one of those films that will leave you thinking for a long time—if you pay close attention to it.

The story is fairly straightforward. A village is being threatened by an army of bandits, and the villagers take it upon themselves to hire a band of Samurai to help defend their farms and homes. They successfully recruit seven Samurai. The leader of the band is a Ronin (masterless Samurai) named Kambei Shimada, and he is burdened with the task of organizing some of the most peculiar and conflicted individuals he has ever met. The differences are striking, but as the story progress, these men, under the leadership of Shimada, learn to work together. Eventually, they become emotionally invested in one another and become friends.

When the bandits attack, the Samurai, along with the villagers, successfully defend themselves and defeat the aggressors. But victory comes at a great cost. Five of the Samurai are killed in battle. The individuals who had bonded together through the test of battle are torn apart. Their sorrow, however, is invisible to the joyous villagers, who now sing merrily as they tend to their crops. The film ends with the camera firmly focused on the graves of the dead Samurai—with the earth swallowing up the remains of the color and potential of the once living men. This then is the tragedy of the Seven Samurai, and it extends to all cultures and regions around the world.

War hammers into submission the diversity of the human soul and imposes a tyranny of uniformity upon the individual.

Wars and conflicts are ever more frequent today. Violence, especially collective violence, has a way of undermining the beauty of human complexity—the unique expression of the divine, according to Judeo-Christian thought. War hammers into submission the diversity of the human soul and imposes a tyranny of uniformity upon the individual. Walk through the graves of dead soldiers and see if you can count the numbers that include someone's father, brother, son, daughter, and mother. The mind turns numb at such a task.

What is this strange relationship between humanity and war? Why is it necessary to kill on a mass scale for the functioning of society? The problem doesn't belong to any one country, or religion, or race, as many would claim. No, the problem is much deeply rooted in our fallen nature.

A friend of mine, a member of a war-stricken family, once said, ”They say smell is the oldest memory, but I think violence is the oldest memory.” For centuries, men have operated by the machinery of human sacrifice. The philosophy behind this machinery is that only one (or a few) may die or suffer for the whole, thus "saving" the collective through human sacrifice. If you want an example, just pause and think how we have subtly continued the art of child sacrifice.

We think that we in our modern sophistication have outgrown the pagan rituals of human sacrifice. The truth couldn't be any further. We have not outgrown anything. The anti-war movements of the George Bush era have over time proven to be dubious at best. People like to protest war only when their opponents are in power, which is quite clearly not good enough. Like any sophisticated society, we have glossed over our tendency to sacrifice other human beings with sensory-pleasing concepts such as secular humanism.

The Potential for Transformation

Humanity in and of itself is not a disease as some may think. We are not a species of parasites devouring the world. If anything, human beings have been able to perform feats that have exceeded our own wildest speculations time and time again. The story of the Seven Samurai conveys this very well. What could be nobler than a band of misfits overcoming their demons and bonding together to defend the innocent and the vulnerable from an army of ravaging wolves? What could be more inspiring than the character arc of Kikuchiyo who, despite not being born a Samurai, proves his worth to others through selfless acts of camaraderie and bravery? What could be more moving than the story of Katsushirō, the young daydreaming rookie, who against tradition falls in love with one of the village girls?

Likewise, what could be more utterly tragic than the intertwined fate of all these individuals who are forever doomed to perform the role of executioner/victim imposed upon them by a sacrificial society? An army veteran friend of mine once remarked that "soldiers of all nations are brothers. It is the civilians that name us "friends" and "enemies.""

A soldier picks up his/her gun and marches into the embrace of death itself; and the civilians urge them on in a collectively hypnotized manner, so that the guilt is diluted and made invisible. "Go, go, and die for us," cry the civilians. "It doesn't matter," we say, "if you are a poet, a singer, a thinker, a mathematician, or lover, as long as you heed the call of sacrifice."

And war, which is violence magnified to a frenzied sun, always breeds another.

On a cross at Calvary, Jesus cries, "It is finished." Christ once disarmed a persecuting crowd by causing them to look within themselves and slay the demons within. The human sacrifice is a ritual deconstructed and needed no more, for an innocent had rendered it all but obsolete. If the world had any sense, we would be holding firm to our soldiers and not let them march into hell at the behest of crowd-appointed gods. If we had any sense, we would realize that violence is a never-ending cycle and it solves absolutely nothing whatsoever. And war, which is violence magnified to a frenzied sun, always breeds another.

Johnny doesn't need to go anywhere. The radiant faces of the ambitious, the brave, the wandering, the humorous, and the loving deserve to be near us all the time. The vast potential of humanity needs to be nurtured and cultivated at home; it need not be sacrificed in some distant foreign land at the hands of strangers. Why must we destroy the talents that could be used to construct and heal? The very idea of destroying something of immense value is laughably ridiculous. Such mediocrity have we reached in our sacrificial reasoning!

Violence Must Be Renounced

But what about wars that are necessary? Surely the villagers in Seven Samurai needed to defend themselves?

The French anthropologist René Girard says in his book Things Hidden Since the Foundation of the World:

To leave violence behind, it is necessary to give up the idea of retribution; it is therefore necessary to give up forms of conduct that have always seemed to be natural and legitimate. For example, we think it quite fair to respond to good dealings with good dealings, and to evil dealings with evil, but this is precisely what all communities on the planet have always done, with familiar results. People imagine that to escape from violence it is sufficient to give up any kind of violent ‘initiative’, but since no one in fact thinks of himself as taking this initiative—since all violence has a mimetic character, and derives or can be thought to derive from a first violence that is always perceived as originating with the opponent—this act of renunciation is no more than a sham, and cannot bring about any kind of change at all. Violence is always perceived as being a legitimate reprisal or even self-defence. So what must be given up is the right to reprisals and even the right to what passes, in a number of cases, for legitimate defence. Since the violence is mimetic, and no one ever feels responsible for triggering it initially, only by an unconditional renunciation can we arrive at the desired result.

The renunciation of violence which Girard speaks would have to involve a renunciation of the very machinery that generates and perpetuates violence. An example would be the voting ballot. Countless wars are a result of voting over who would hold the monopoly of violence. The government, in all its priestly glory, compels us to sacrifice our neighbors for the good of society. We think that this is an effective method. But how effective has it been really? How can Satan cast out Satan? After all, evil mirrors nothing else except evil.

The renunciation of violence would also have to be universal, otherwise, a one-sided non-violence would result in a mass sacrifice. The extremists in the Muslim world, the Middle-East, the two Koreas, the Subcontinent, North Africa, and the Western world, all need to heed Girard's call for unconditional renunciation; all must lay down their arms for the sake of the leader, the artist, the farmer, and each and every gifted human hand within their armies. Our collective consciousness cry endlessly for an end to tyranny. We yearn to showcase our God-given gifts in a world free from the shackles of war, where nationalities or any other boundaries do not prohibit us from exchanging stories and ideas, and where violence does not threaten to amputate us for sake of the collective.

Surit Dasgupta is a writer and media professional living in Mumbai, India.