Naomi Brockwell, also known as Bitcoin Girl, is an actor, producer, journalist, and program officer at the MPI. She’s one among a number of rising personalities in the liberty community who are breaking the mold and setting a new tone. Brockwell is also an opera singer, a Reason.TV correspondent, a policy associate at the NYC Bitcoin Center, and on the advisory council for the Mannkal Foundation for economic education.

We don’t have the space to list her many other talents and accomplishments. But we can say she is FEE seminar faculty at Freedom Fest this year for the second year in a row. We got to sit down with Brockwell for a brief spell among her thousand projects.

The Freeman: Why does changing the world require artists?

Brockwell: If you want to change the world you have to change the underlying philosophy of a culture. You can try to educate people with facts and figures, but unless you understand how to connect to people, and unless you can reach out and speak to what’s important to them, all the data in the world won’t do you any good. People connect through storytelling. The emotionally compelling story of one individual can be more important for social change than all of the white papers stacked on top of each other. People don’t relate to facts, they relate to individuals and their stories, and it’s the role of the artist to tell these stories.

Artists throughout history have not only reflected what’s important in a culture, but they have helped define it. Art changes the way people think, so if you want to change the world, then help artists redefine popular culture. Help artists expose people to new ideas, help them captivate the world with the issues that you believe are important. The fact is, films and stories will reach far more people than a white paper ever could, and this is why artists are so important. They have this immense power at their fingertips, and we need them to help us fight for positive change. 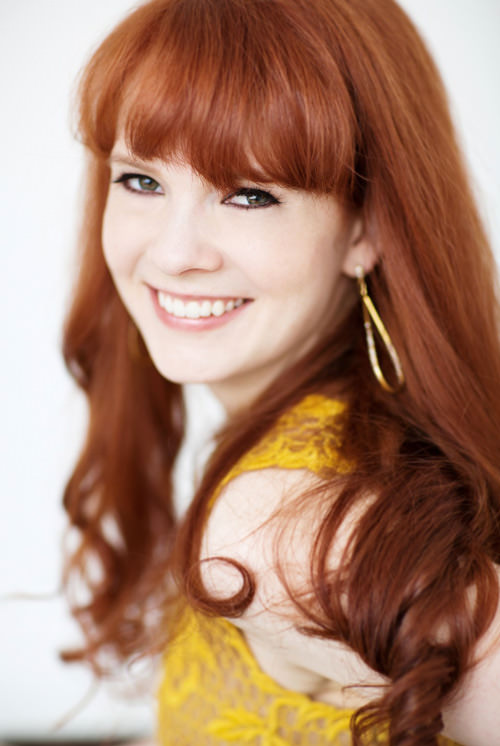 The Freeman: Who is Bitcoin Girl and what does she care about?

Brockwell: Bitcoin Girl is an educational platform that explores the cryptocurrency world and provides an alternative to the current trend in journalism of only printing doom-and-gloom as a way of getting a larger audience. There is massive demonization of cryptocurrency in the media, and it’s no wonder when you consider the vested interests that banks and governments have in destroying cryptocurrency. As a result, the only positive arguments that are honest about the benefits of cryptocurrency tend to be hidden away in esoteric subreddit threads, and are largely inaccessible to the average, unacquainted person. For this reason, the vast majority of people lap up what the mainstream media tells them, which is mainly negative and poorly informed.

Instead of being skeptical about this new protocol, people should be overwhelmingly excited about it and all of its possibilities we haven’t even begun to unlock. Bitcoin technology has the power to bring about incredible social change. It can lift people out of poverty. It can give people back freedom of speech. It can bring community together in a new peer-to-peer world—the full potential of which we’ve only seen a glimpse.

That is what Bitcoin Girl is: a more accessible way for people to learn about bitcoin, so that they are not forced to depend on a biased media for their information. It shows bitcoin in a refreshing way: as an exciting, powerful tool with the potential to create incredible positive change.

The Freeman: Self-awareness is vital to what you’re doing. What does it mean to cultivate one’s own brand?

Brockwell: I think the energy behind bitcoin is incredibly uplifting. I adore going to bitcoin conferences, because the atmosphere is one of creation and positivity. It is fun and inspiring: You’re surrounded by some of the smartest people in the world, and as Jeffrey Tucker astutely observes, they are all living 10 to 20 years in the future. And it’s like they’re in a giant playground. I hope that the Bitcoin Girl brand can harness the same sense of fun and lightheartedness. The one idea that I really want to reflect in this brand is that technology is not to be feared: It is value-neutral. It’s really important that people don’t let fear of the unknown paralyze their willingness to explore something that has tremendous potential to benefit all mankind.

The Freeman: What would you say to rising personalities about the importance of projecting yourself in interesting ways?

Brockwell: Of course it’s always good to stand out, but I don’t believe that people will connect with what you’re saying simply because you stand out. Authenticity is supremely important, and you have to be completely passionate about what you are saying. That’s what will make you interesting. It’s not so much the image that you’re projecting that is important, but the principles you live by and the extent to which you are willing to fight for a cause that you believe in. If you want to be a respected personality, or just a respected person, then command respect.

The Freeman: In terms of movement-building, what do you think about the idea of tapping into different subcultures—like bitcoiners?

Brockwell: Bitcoiners value technological innovation, and they recognize innovation as the way of solving the world’s problems. They are also skeptical of the government’s role in this process, and see government interference in their developments and experimental startups as a hindrance rather than a help. They are also skeptical of the need for centralized banks, and are increasingly seeing the value in decentralized, peer-to-peer exchanges where the regulation is built into the technology rather than given to a third party. I think there are a lot of people in the freedom movement who would be really sympathetic to what these bitcoiners are doing if they only understood it better, and I hope to provide a bridge between these two groups.

The Freeman: Are you an optimist or a pessimist? 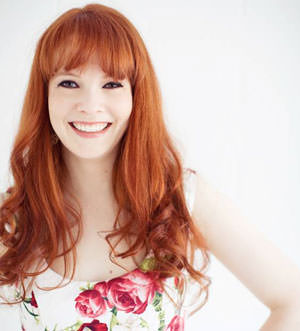 Brockwell: I’m an incredible optimist. I like the idea of technological determinism, that society organizes itself around its technology, that technology drives social structure and cultural values. If this is the case, then what we seem to be headed toward is a more peer-to-peer society. This is because of all of the peer-to-peer technologies that exist now as part of the Internet: 3-D printers, bitcoin, provably solvent transparencies in companies and banks, digital music sharing, digital movie distribution. This move away from top-down, centralized control and back to the individuals makes me very excited about the future.

The Freeman: In this editor's opinion, most video that freedom-types put out is mediocre at best. There is a dearth of talent. Resources flow mostly to think tanks and established practices. Production values suffer. In many ways this is a chicken-egg problem, because funders don’t want to divert resources from familiar things until they see some evidence of good media. And yet we won’t see great media until we see more resources put into it. What are your thoughts on this dilemma?

Brockwell: I agree with half of what you say. There is certainly a lack of funding directed toward freedom-oriented films, and I believe that this is because people underestimate the importance of film in shaping our culture. Think tanks do a tremendous amount of good, but when we see think tanks, economists, and research analysts teaming up with filmmakers, that’s when you really start to see magic happen: reaching out to more people and moving public opinion. Take the Moving Picture Institute’s film The Cartel, for example: Chris Christie cited this incredible film by director Bob Bowden as being the number one reason why he decided to make education reform his top priority in New Jersey. Or another of the MPI’s films, Battle For Brooklyn, an immensely powerful documentary about eminent domain, which was short-listed for an Oscar. Even Hollywood has been producing some great films for the freedom movement lately: Dallas Buyers Club and The Lego Movie are two of my favorites. There are certainly very high quality films being put out there, and this makes it even more necessary to support organizations like the Moving Picture Institute so they can continue to support filmmakers and get the important messages of those films out there to even more people.

The Freeman: How did a young woman from Western Australia end up as a Reason.TV correspondent?

Brockwell: When you’re a freedom evangelist, passionate about journalism, with a degree in acting, and a long history of film production, it doesn’t take long before you discover and fall in love with institutions such as Reason. I’m honored to be a part of what they’re doing, and thrilled that they enjoy working with me, because Reason is just fantastic. In fact, working with Reason.TV on top of working full time for the Moving Picture Institute, and at the same time making feature films with Hilton Media Management, is pretty much a dream for me. I’m super excited that my first feature film with amazing director Georgia Hilton is coming out this year! It’s been a joy from start to finish working with her and the entire team, so keep an eye out for Subconscious, which will be released all over the world soon!

The Freeman: Who is your favorite economist—living or dead?

Of course I adore Say, Bastiat, and Mises, too, and am always recommending their works to people. And as a communicator, Friedman did incredible work for the freedom movement, and I believe that a lot of people could learn a tremendous deal from him about how to debate ideas.

The Freeman: Thank you, Naomi Brockwell.