Picasso's Napkin and the Myth of the Overnight Success

Picasso, olympic weightlifters, the creators of Angry Birds...they all have the same model, and it's applicable for everyone.

A man once interrupted Picasso at his evening meal. Pulling a napkin from his pocket, the man said,

“Could you sketch something for me? I’ll pay you for it. Name your price.”

Here’s the rest of the story, told in Creating the Vital Organization:

Picasso took a charcoal pencil from his pocket made a rapid sketch of a goat. It took only a few strokes, yet was unmistakably a Picasso. The man reached out for the napkin, but Picasso did not hand it over. “You owe me $100,000,” he said.

Picasso crumpled up the napkin and stuffed it into his jacket pocket. “You are wrong,” he said, dismissing the man. “It took me 40 years.”

The angry man’s mistake was missing the invisible.

The Visible and the Invisible

Take a look at these two pictures: 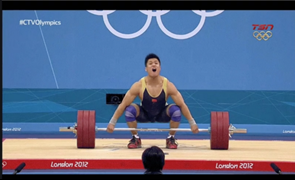 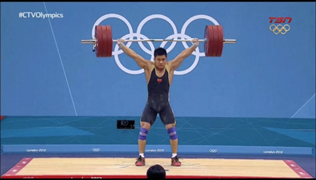 How many seconds are between them?

But a few seconds is all Lu Xiaojun needs to throw 388lbs (over twice his body weight) over his head and, arms quivering, support the bar for a few, precious seconds….

The seconds he needs to secure the world record.

It only took a few seconds to lift that bar. But nobody sees Xiaojun’s and calls him an “overnight success.” We all know what it took to get there.

Yet, when it comes to ourselves, we sometimes forget.

In the first quarter of 2012, a little company called Rovio went public with an announcement.

It had just taken $32 million in funding for one of its mobile games. The name of the game? Angry Birds.

Every day, users spend 200 million minutes — 16 years every hour — playing the mobile game. Three trillion pigs have been popped. It has filled billions of those interstitial moments spent riding the bus, on a plane or in important work meetings, and it is or has been the number-one paid app on iTunes in 68 countries, as well as the best-selling paid app of all time.

In every sense, the explosive growth of Angry Birds seemed like an overnight success.

But — just like with Picasso or Xiaojun — there’s a lot more than what is immediately visible.

Let’s look into Rovio’s past.

Before Angry Birds, Rovio built games for 8 years. In that time, they made 51 games, and none of them was particularly successful. The company nearly went bankrupt. Even after the launch of Angry Birds, sales were slow.

The Myth of the Overnight Success comes from an information asymmetry.Rovio could have quit many times.

That adds perspective, doesn’t it?

Angry Birds’ growth — the visible — was explosive, but the decade of failure, learning and experimentation — the invisible — was not.

The Myth of the Overnight Success comes from an information asymmetry.

We only get news when people or startups are doing well. But, when these same companies are struggling, learning, growing and biding their time, we hear nothing at all.

“Great,” you say, “so instead of an overnight success, now I have to work for a decade for something that may or may not happen. Thanks a bunch.”

Well, that’s not the whole story.

By understanding that overnight success is something that happens when you collect small, invisible victories, we have a new “model” for how to live our life…

Each time you start a new project, make it a win-win situation.

Even if you don’t get the big win (your personal “Angry Birds”), make sure you still profit from everything you do.

This is what Nassim Taleb (author of Incerto) means when he says, “Hard work will get you a professorship or a BMW. You need both work and luck for a Booker, a Nobel or a private jet.”

Make use of that failure, and you haven’t lost anything at all.

Charles Chu is a writer and full-time traveler. Contributor at Quartz, the Observer, Business Insider, and others. Follow him on Twitter.