One Thing We Shouldn't Import from China: Its Education System

America's education system is a mess, but trying to replicate the Chinese schooling techniques may not be the best approach.

I remember a story my college economics professor told my class many years ago about the differences she saw between her American economics students and the Chinese ones she taught during frequent sabbaticals to Beijing. She said that the Chinese economics students generally had superior math skills and the ability to quickly solve complex calculus problems, but her American students generally had a better grasp on the underlying concepts and context, were able to better recognize when certain calculations were incorrect (like a negative number for the Price of a good), and were more creative with solutions.

While it is certainly important for U.S. students to have strong academic skills, trying to replicate the Chinese education system may not be the best approach. Yet, that is just what author Lenora Chu advocates in her new book, Little Soldiers: An American Boy, a Chinese School, and the Global Race to Achieve.

The Price of Perfection

As an American journalist living in Shanghai, Chu recounts the experience of her young son attending a Chinese school for five years. Chu acknowledges the often “draconian” ideas and tactics of Chinese schools, but her book touts the benefits of these approaches and suggests American schools should adopt some of them to become more competitive.

In a recent Wall Street Journal article about her book, Chu writes about the ways her son was force-fed eggs by his teacher, prohibited from bringing his asthma inhaler to school, and “isolated” in a separate classroom with threat of demotion after he “failed to follow in ‘one-two’ step during a physical exercise.”

Yet, she says that these practices are beneficial because they give teachers and schools total authority to push for strong academic outcomes. Parental sovereignty and individual liberty become secondary to teacher control and school performance. Chu writes:

“This deference gives the teacher near-absolute command of her classroom. My son became so afraid of being late for class, missing school or otherwise disappointing his teacher, that he once raised a stink when I broached the possibility of missing a few school days for a family trip. He was 5.”

Fortunately, other scholars are speaking out against importing more standardization and control into America’s already coercive, test-driven mass schooling model. In his 2014 book, Who’s Afraid of the Big Bad Dragon: Why China Has The Best (And Worst) Education System in the World, author Yong Zhao explains that the emphasis on subservience to authority and an all-out focus on academic outcomes and test scores may propel China to the top of international education comparisons (see below), but it’s at the price of freedom and autonomy. Skills and scores replace ingenuity and agency. 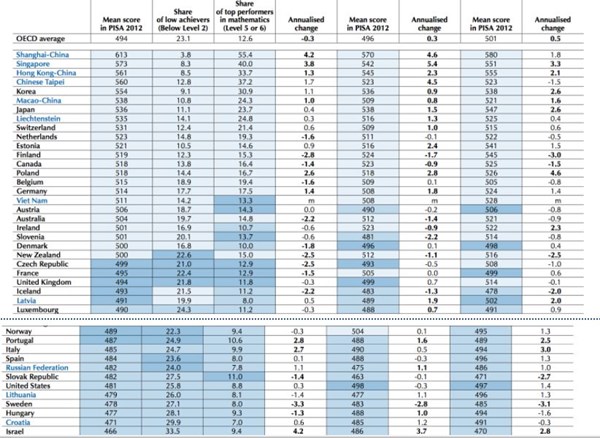 In The Washington Post this week, Zhao, an education professor at the University of Kansas, wrote a response to Chu’s book and her Wall Street Journal article. He states:

“I did not see any convincing evidence in the book that supports the proposal that American students need Chinese schools. Quite to the contrary, I understood the book as further evidence for not importing Chinese schools into America. Little Soldiers is far from a love affair with Chinese schools as the title of the Wall Street Journal article suggests. It is, rather, a vivid portrayal of an outdated education model that does serious and significant damage.”

Chu doesn’t seem to mind the trade-off between authoritarianism and freedom. She concludes her Wall Street Journal article with the statement: “Sometimes, it is best when parents—and children—are simply obliged to do as they’re told.”

We should be careful that America does not become a society of obedient “little soldiers,” abdicating our individual liberty to the powers of the state under the guise that it’s good for us. High test scores may be commendable, but not if they come at such a high price. 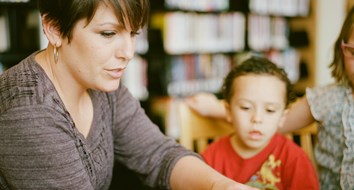