No, Supporting Criminal Justice Reform Isn't Being ‘Soft On Crime’

Modest reductions in mandatory minimums and efforts to enable inmates to peacefully reenter society are not "soft on crime." 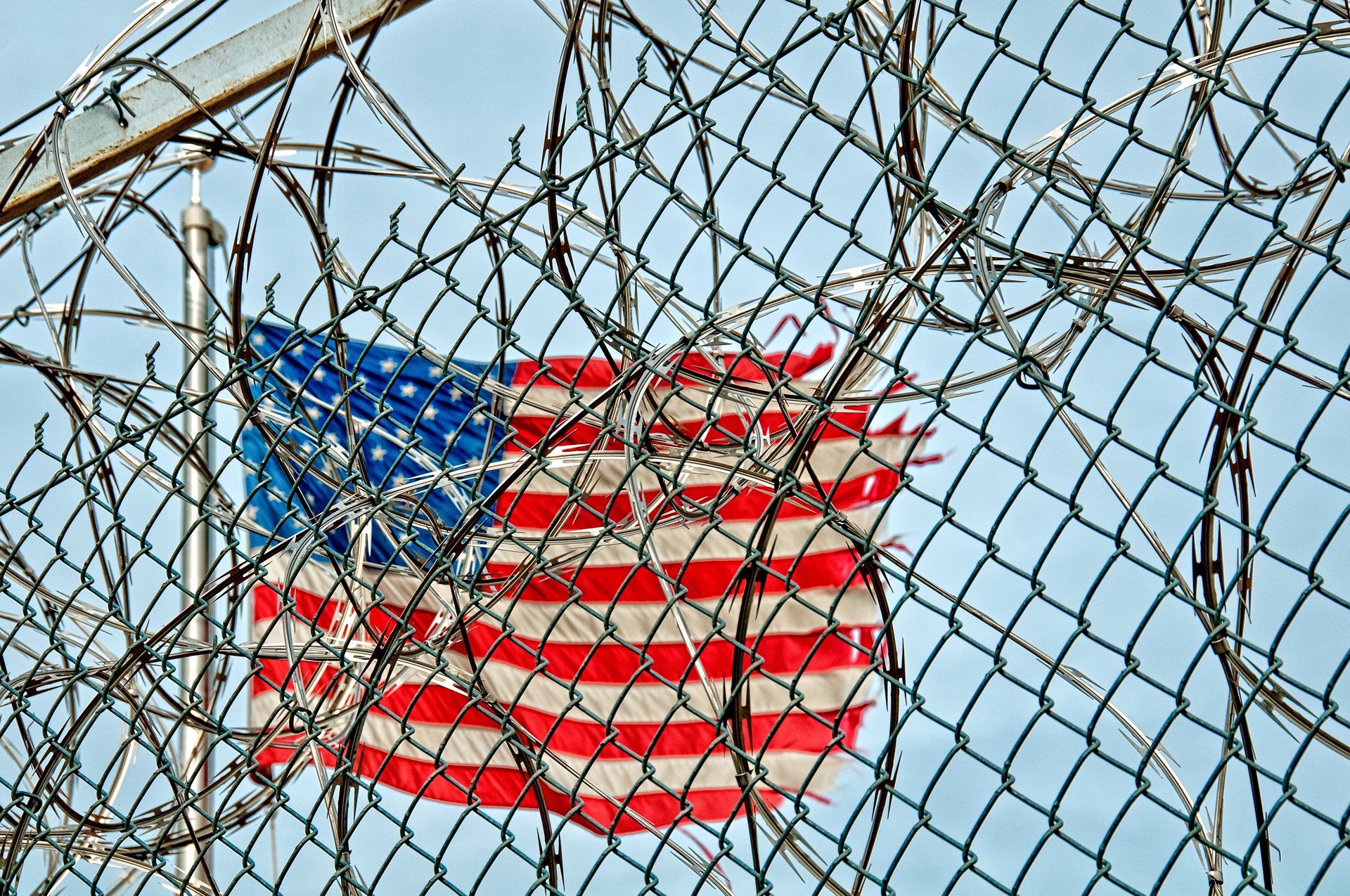 The Arkansas Republican said the bill contains “some flaws,” but has “worthy goals.”

The FIRST STEP Act is designed to enhance public safety by placing prisoners in rehabilitative programs to make it less likely that they will re-offend after they return to their communities.

Cotton expressed hope that the bill’s flaws—which he declined to identify—could be fixed on a bipartisan basis, but he decried the addition of a few modest sentencing reform proposals being urged by Sen. Chuck Grassley, R-Iowa, and others.

Soft on Crime? Not Quite.

Cotton labeled these proposals “a jailbreak”—a clever moniker, to be sure—and said he feared that Congress is going “soft on crime.”

The question in our minds is not whether drug dealers should be punished, but for how long?

As former career federal prosecutors and political appointees in the Justice Department in the George W. Bush administration, neither one of us has ever been described as being “soft on crime.” Nor, we doubt, have Republican Sens. John Cornyn of Texas, a former judge and state attorney general, and Mike Lee of Utah, a former federal prosecutor.

Yet all of us, at least in principle, support the measures that the Senate is currently debating.

Cotton, whom we respect, raises many legitimate points in his op-ed: We are in the midst of a deadly drug crisis; recidivism rates are persistent and high among formerly incarcerated individuals; and while they deserve second chances, we should focus on public safety.

We fully recognize that drug dealing is harmful to society and threatens public safety and that the potential for violence, gang involvement, and overdose is inherent in most drug transactions.

So, the question in our minds is not whether drug dealers should be punished, but for how long?

The Goal Is Less Recidivism

The objective of prison reform is to reduce recidivism rates, thereby improving public safety. Cotton agrees that “[o]nce a criminal has paid his debt to society, everyone should hope he gets back on his feet and becomes a productive, law-abiding citizen.”

Similar evidence-based reform practices in states such as Texas, Georgia, Ohio, and South Carolina have for the most part also proven successful in terms of saving taxpayer dollars while still resulting in falling crime rates.

Unfortunately, federal prison programs are currently scarce. By expanding evidence-based programs and providing modest incentives (in the form of permitting low-risk inmates who successfully complete such programs to serve a small portion of their sentences in home confinement) to inmates to complete these programs, the FIRST STEP Act would address that deficiency and help end the revolving door into and out of prison that many offenders experience—and the rest of us must endure.

Cotton states that the “last thing Congress should do is shorten their sentences or allow them to ‘serve time’ in home confinement.” He neglects to mention, however, that the bill excludes serious and violent offenders—including drug traffickers who manufacture or distribute controlled substances that result in death or serious bodily injury and prisoners who are deportable under our immigration laws—from earning time credits and transfers.

The longer a low-risk prisoner spends in prison, the more likely he is to re-offend.

Moreover, home confinement is the most cost-effective way to supervise low-risk prisoners. Supervising one person in his community costs $4,392 per year. Imprisoning that person for one year costs $34,770.

And let’s face it, the longer a low-risk prisoner spends in prison, the more likely he is to re-offend because of his exposure to higher-risk prisoners. Having more low-risk prisoners serve the final months of their sentences in home confinement would ease them back into the community under close federal supervision and, in all likelihood, improve public safety and save money.

Cotton argues that “[v]iolent crime has declined since the 1980s because” mandatory minimums incapacitated violent criminals.

Cotton argues that “[v]iolent crime has declined since the 1980s because” mandatory minimums incapacitated violent criminals. We agree that increased incarceration, especially of violent offenders, has contributed to an overall drop in crime since the 1980s, but criminologists debate just how much.

At the high end, William Spelman of the University of Texas estimates that increased incarceration might account for as much as 35 percent of the violent crime decline. Assuming that is so, other factors, including improved policing techniques, must account for at least 65 percent of that phenomenon.

Moreover, incarceration, while certainly necessary, is very expensive and comes with other social costs that should not be ignored.

It is easy to see how that happens. Under federal law, a defendant charged as part of a drug conspiracy—even a low-level courier, who may be acting solely to support his own addiction—can be charged and sentenced based on the total amount of drugs sold by everyone who participated in that conspiracy. That’s true even if the courier never knew who these people were or what quantity of drugs they sold.

Of course, the courier should be punished. But how badly?

Remember, we are talking about mandatory minimum penalties. A judge can always impose a higher sentence, up to the statutory maximum, for deserving drug traffickers and violent criminals. The proposed reductions are, in truth, quite modest.

Does anyone really think that minimum penalties of 15 and 25 years are not serious?

Does anyone really think that minimum penalties of 15 and 25 years are not serious?

The Cost of Being "Hard on Crime"

Cotton doubts that “America spends too much on the prison system,” noting that “the Bureau of Prisons costs taxpayers less than $8 billion a year, or about 0.2% of the entire federal budget.”

While neither of us has ever been particularly drawn to the argument that the goal of criminal justice reform is to save money, we do note that when you are talking about a federal budget of roughly $4.1 trillion, any single expenditure will seem minuscule.

The public should not be fooled by the false alarm that Congress is now going “soft on crime.”

The more pertinent figure, we think, is the percentage of the Justice Department’s budget that is consumed by the Bureau of Prisons. In fiscal year 2000, the Bureau of Prisons constituted roughly 18 percent of the Justice Department’s budget. Today, it is approximately 25 percent, which does not include the costs of detaining and transferring prisoners, which constitutes an additional 10 percent.

We concur with Cotton’s point that too many crimes go unreported and unsolved, but it is important to keep in mind that every tax dollar being spent on incarceration is money not being spent on other high priorities, such as investigators, prosecutors, victims’ services, and the like.

At a recent White House roundtable discussion, Mississippi Gov. Phil Bryant, a former deputy sheriff, said he has seen “the worst of the worst” and “put a lot of people in jail,” yet since adopting similar reforms in his state, “crime is down 6 percent,” there are 3,000 fewer inmates, and the state has “saved $40 million since 2014.”

Bryant told President Donald Trump, “you can do the same thing” at the federal level.

These are hard issues about which reasonable minds can disagree, but the public should not be fooled by the false alarm that Congress is now going “soft on crime.”

We hope that the House, Senate, and the White House can find a way forward on meaningful criminal justice reform. There’s no time to lose.

John G. Malcolm is the vice president of the Institute for Constitutional Government and director of the Edwin Meese III Center for Legal and Judicial Studies, overseeing The Heritage Foundation’s work to increase understanding of the Constitution and the rule of law. Read his research.

Brett Tolman is a partner at Ray Quinney & Nebeker and a former U.S. attorney for the District of Utah and legal counsel to the Senate Judiciary Committee.