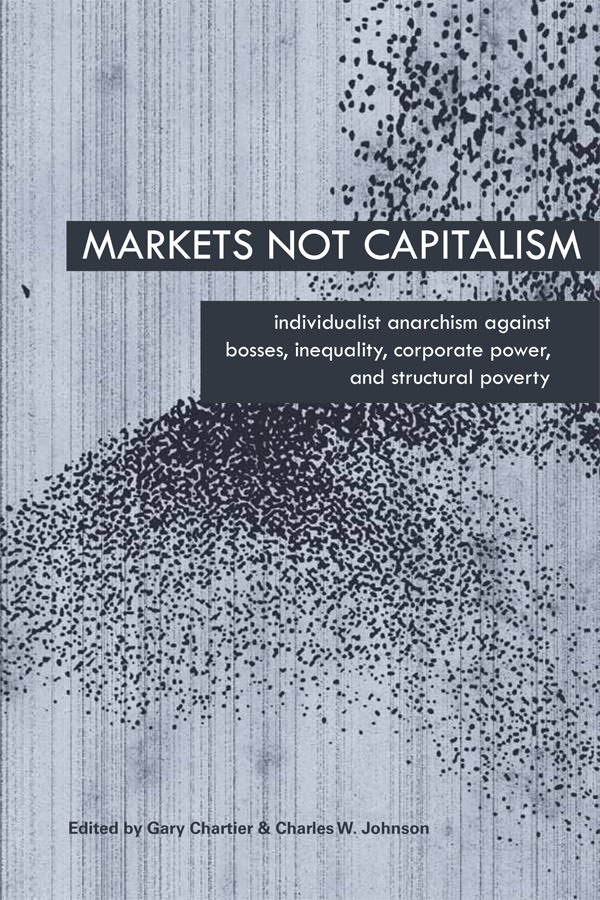 Libertarianism is often considered to be a “right-wing” political theory. After all, libertarians favor free markets and strictly limited government, and these are things conservatives usually claim to support, too. And libertarians themselves have more readily associated and identified with the political right than with the left.
Over the past five years, however, a group of libertarian scholars and activists has been working to change this perception, arguing that our current understanding of libertarianism should be more radical than it is and more open to many of the moral and empirical concerns typically associated with the left. They have unearthed some of libertarianism’s buried intellectual roots, exposing influences in the work of thinkers who advocated radical and decentralizing changes to existing power structures.
Their main arguments, together with some key historical texts, have now been gathered in one book. It contains contributions by all of the major contemporary advocates of this position, most notably Kevin Carson, Sheldon Richman, Roderick Long, and the editors themselves. It also contains numerous older essays by some of the more significant writers who inspired the new movement, including Benjamin Tucker, Karl Hess, Roy Childs, and Murray Rothbard.
The editors of this volume describe it as an introduction to “left-wing market anarchism.” They also sometimes use the label “left-libertarianism,” though neither label is entirely satisfactory. Left-libertarians believe many of the same things that traditional libertarians believe. They have standard libertarian moral beliefs about individual self-ownership and the wrongness of aggression. And empirically, they share with traditional libertarians a confidence in the beneficial effects of free markets and spontaneous order, as well as the destructive effects of government intervention.
Two key beliefs distinguish the left-libertarian. First, left-libertarians are more sympathetic than traditional libertarians to the moral critique of capitalism made by many on the left. Left-libertarians take seriously, in a way that many traditional libertarians do not, the charge that capitalism leads to the exploitation of workers, the oppression of marginalized groups, and a concentration of wealth at the top. Unlike standard leftists, however, left-libertarians see those problems as stemming not from free markets, but from government intervention in free markets. Hence, the book’s title.
If capitalism is what we have today, then capitalism is not a free market. Libertarians who defend our current system on the assumption that it is a free market are thus making a terrible mistake—the mistake of what Kevin Carson calls “vulgar libertarianism.” Freed markets are something to be aspired to and achieved; they are not what we have now, nor are they something we had in some golden age in the past. (See Anthony Gregory’s “The Golden Age of Freedom Is Still Ahead” in the October Freeman.)
This leads to the second distinguishing feature of left-libertarianism. Left-libertarians believe that a society based on truly freed markets would be radically different from the society we live in today. It would be one in which “firms would be smaller and less hierarchical,” more local, and more likely to be employee-owned. Bosses and landlords would play a smaller role in people’s lives, and greater economic and social equality would prevail. In short, it would be a society in which many traditionally left-wing goals of equality, worker autonomy, and decentralization of power would be achieved. But with the difference, to borrow from the title of one of Chartier’s essays, that these “socialist ends” would be achieved through “market means.”
There is much that traditional libertarians should learn from in the pages of this book. Libertarianism is a revolutionary creed, and Chartier and Johnson remind us of the dangers of allowing it to be transformed into a staid apology for the status quo. At the same time, however, not all defenses of the status quo should be dismissed so quickly. Traditional libertarians have presented powerful arguments to suggest that inequality is not the problem critics from the left claim it to be, to show that sweatshop labor often provides workers in the developing world with the best available option for improving their lives, and so on.
These arguments may be flawed, but one cannot disprove them merely by showing that we do not live in a purely free market (as a number of left-libertarians have attempted to do). For while it is true that our capitalist system is not entirely free, neither is it entirely unfree. And the outcomes this system produces, such as income inequality and hierarchical firms, are the result of a complicated mix of government intervention, private injustice, and voluntary choice. Sorting this out, and deciding what justice requires of us in a partially unjust world, is difficult business. So while left-libertarians are right to point out the ways in which our current system falls short of the ideal, traditional libertarians are also right to defend the pockets of freedom that exist against critics on the left and right who misunderstand and misrepresent what that freedom means.
Nevertheless, Markets Not Capitalism is an important collection of essays that will, I can only hope, fundamentally change the way that libertarianism is perceived by the broader public, and provide new and inspiring direction for future scholarly work by libertarians in economics, philosophy, sociology, and law.
Matt Zwolinski ([email protected]) is an Associate Professor of Philosophy at the University of San Diego.

Matt Zwolinski is an Associate Professor of Philosophy at the University of San Diego. He is also a co-director of USD’s Institute for Law and Philosophy, a member of the editorial board of Business Ethics Quarterly, and a blogger for Bleeding Heart Libertarians.