Macron Is Right: The French Welfare System Is a Ludicrous Expenditure

The French welfare system is crazy-expensive and resoundingly unhelpful.

French president Emmanuel Macron had to endure significant criticism this week for implying that French welfare expenditure is "insane." Instead of going after him for telling the truth, French people should hold Macron accountable for the fact that he is doing nothing to end it.

In a video tweeted out by Macron's communications director Sibeth Ndiaye on Wednesday, the president is seen discussing entitlement reform with his team. 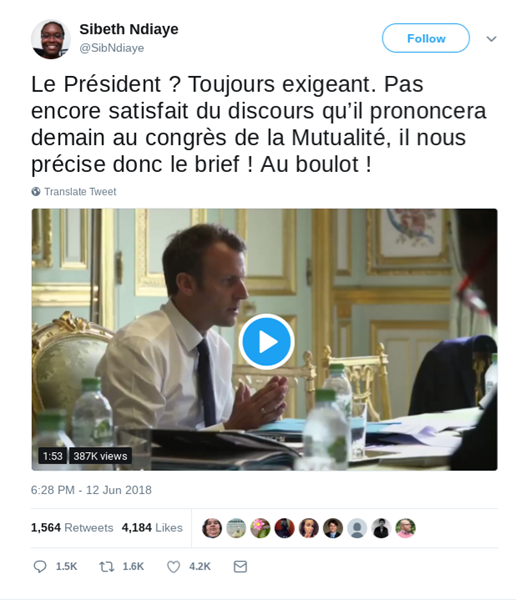 We spend too much money, and we strip people of responsibility [...]. It's an insane amount we spend on minimal welfare payments, but people are still poor. Those born poor, stay poor. Those who become poor, stay poor. We have to do something to get people out of this situation.

This "real talk" by the president found little appreciation in the public.

The left-wing broadsheet Libération headlines "Macron acts like Trump" and claimed that "the Obama-style is over" while Le Monde identifies "Anglo-Saxon liberalism" in the president's remarks. Far-left parliament minority leader Jean-Luc Mélenchon took to Twitter to call the comments "violent" and "anti-poor." The radio station RTL theorizes whether or not the video was orchestrated in order to get the conversation on entitlement reform going. Columnists on the right agree with Macron's analysis and use the opportunity to go after the years of left-wing parliamentary majorities that helped build this system.

instead of starting a conversation about the necessary reforms, the narrative in the media is about how "offensive" the comments were.

However, instead of starting a conversation about the necessary reforms that could bring down a €57 billion ($66 billion) deficit, as well as the enormous debt of 96 percent of GDP (which is 36 percentage points over the limit allowed by the European Union), the narrative in the media is about how "offensive" the comments were.

France spends €25 billion ($29 billion) on so-called "social minima" which are payments made to people who are unemployed and to underemployed workers. Additional to that, the République spends €18 billion ($21 billion) on housing subsidies, another $21 billion on family policy, which includes transfers such as child benefits, and €5 billion ($5.8 billion) on the so-called "prime d'activité" (activity bonus), which subsidizes low-income households. In fact, social spending in France is the highest of all European OECD countries, with 31.5 percent of GDP (in 2016), which is 10 percentage points above the OECD average.

In France, poverty has fallen by 60 percent in the last 30 years, but this is related to economic development, not to welfare payments. Poverty rates are only declining when the economy is doing well: during times of stagnation, the number of  8.5 million poor people (by the definition of France: living under €1,015/$1,200 a month) actually keeps worsening. In the last 10 years, homelessness has increased by 50 percent.

If you meet the defined criteria, you are entitled to payments such as minimum social benefits regardless of whether you really need it or not.

The basic principle of the "French social contract" is to define "rights." To do so, the allocative system identifies a certain number of "needs" that it considers as vital and for which it grants aid.

The fact that these welfare payments are "rights" instead of being paid according to necessity changes the number of people who receive them. This means that if you meet the defined criteria, you are entitled to payments such as minimum social benefits regardless of whether you really need it or not. In the minds of public officials, there is no room for individuality in this massive welfare state. According to them, "social rights" need to be objective and equal.

Through this system, you could receive "social payments" (for costs related to healthcare or housing benefits), "social services payments" (for services such as public transport), "financial aid" (reduced interest rates, loans, and grants), and you could accumulate payments from all these categories. As a result, many people have a financial incentive to live off benefits instead of going to work. This has led the government to also subsidize low-income households in order to keep people in work.

Benefits such as housing subsidies are completely indiscriminate of one’s financial situation, which means that poor people without work, poor people in work, as well as everyone else in France, is constantly on benefits. Worst of all, the most lucrative benefits are conditional on not being in work. This means that the monthly gains for a non-skilled worker to take on a part-time job are so low that he's literally better off remaining unemployed.

Macron's supporters currently jumping to his defense are arguing that yes, the system is not making people more prosperous. The left is outraged at his choice of words and would rather increase taxes to further fund France's massive welfare state. In reality, there is a lot of steam being produced, but no reform. Macron wants to present his vision on possible changes for entitlements next month. I would make the following prediction: these changes will be purely cosmetic.

Empty slogans about "improving education" as a solution to the problem are laughable at best.

As he often does, Emmanuel Macron excels at making a clear-sighted and promising analysis of the problem, especially when it emboldens his supporters, including the IMF which considers him a leader of economic reform in Europe. However, his empty slogans about "improving education" as a solution to the problem are laughable at best. Education won't do anything about the wrong incentives created by the large amounts of benefits people can claim.

I personally know this very well. Having lived in France for only three years, I cashed in €6,300 ($7,300) in housing subsidies that I did not need (though it did reimburse me for the extortionate levels of sales taxes in the country). If Macron wants to get rid of the perverse incentives created by these benefits, he needs to reduce them. There is no other way.

But there is little hope for actual reform. The same careful pragmatism that helped him be elected in the first place will also have him cower at the sight of union backlash against any significant reform.

That is, of course, if he is to actually suggest one.