Is Mass Schooling behind the Anxiety Epidemic among Teens?

Rates of teen depression and anxiety are skyrocketing, and the infantilization of teens by traditional schooling is a big reason.

Dovetailing with World Mental Health Day earlier last week, The New York Times published an article about the skyrocketing rates of teenage anxiety, depression, and suicide. It highlights recent data revealing that hospital admissions for suicidal teens have doubled in the last decade, with the highest spike in admissions occurring in early fall as students return to school.

Profiling a young man named Jake, the Times describes his incapacitating school-related anxiety that began in his junior year of high school and reached a breaking point when, at 17, “he refused to go to school and curled up in the fetal position on the floor.”

After a suicide attempt, various antidepressant medications, several hospitalizations, and time spent at a residential treatment facility in New Hampshire, Jake finally managed to get through his senior year of high school and into college, where his anxiety has largely disappeared.

While the article describes various tactics schools and therapists use to address mounting teenage anxiety and depression, one question not asked is this: If schooling is causing these serious problems for teenagers, then why are they going?

In his compelling book Teen 2.0: Saving Our Children and Families From the Torment of Adolescence, researcher and former editor-in-chief of Psychology Today Dr. Robert Epstein explains that adolescence is largely a western societal construct.

“In more than a hundred cultures around the world, teens have no such difficulties—no depression, no suicide, no crime, no drug use, no conflict with parents, Epstein writes. “Many cultures don’t even have a word for the period of life we call adolescence. Why are American teens in such turmoil?”

Epstein goes on to suggest that much of this teenage angst results from the “infantilization of teens” as they are confined and enclosed for much of their adolescence, and their actions and thoughts are controlled by others.

“Driven by evolutionary imperatives established thousands of years ago, the main need a teenager has is to become productive and independent,” Epstein writes. “After puberty, if we pretend our teens are still children, we will be unable to meet their most fundamental needs, and we will cause some teens great distress.”

The word adolescence was coined in a mammoth 1904 book by G. Stanley Hall, the first president of the American Psychological Association.  Hall’s book, the 1400-page Adolescence: Its Psychology and Its Relations to Physiology, Anthropology, Sociology, Sex, Crime, Religion and Education, struck a chord with policymakers and educators hoping to expand mass schooling.

An American Heritage article on the history of adolescence claims:

Enclosing young people in compulsory schooling environments for most of their teenage years severely restricts their freedom and challenges their evolutionary adaptability.

It is perhaps no wonder that Jake’s anxiety lessened as he left high school and went on to college, where he gained more freedom and more personal control over his schedule, his classes, and his social life.

In an article for The Huffington Post, author Blake Boles writes about how high school should be more like college, with teenagers given the freedom, independence, respect, and real-world immersion they so desperately need. He writes:

Real learning thrives when students have real choices. Give high school students the same freedom as college students, and we’ll take education a step in the right direction.

While it is critically important to help teenagers struggling with school-related anxiety and depression, it is worth considering the evolutionary mismatch between forced schooling and adolescence. Designed to be fully immersed in real-world experiences and productive work, dictating their own thoughts and actions, and surrounded by adult mentors, teenagers are instead cut-off and controlled. Freedom may be their best medicine. 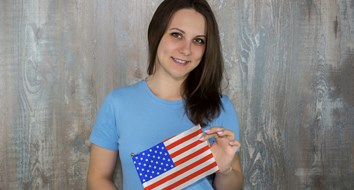 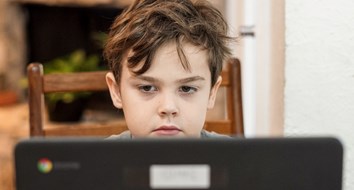 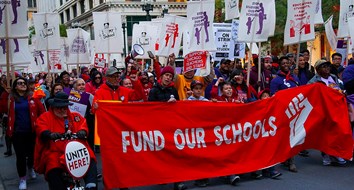