How Trump Learned to Love Tomahawks More than Twitter

In the airstrike response, we see the presidential lure to bypass the constitution. 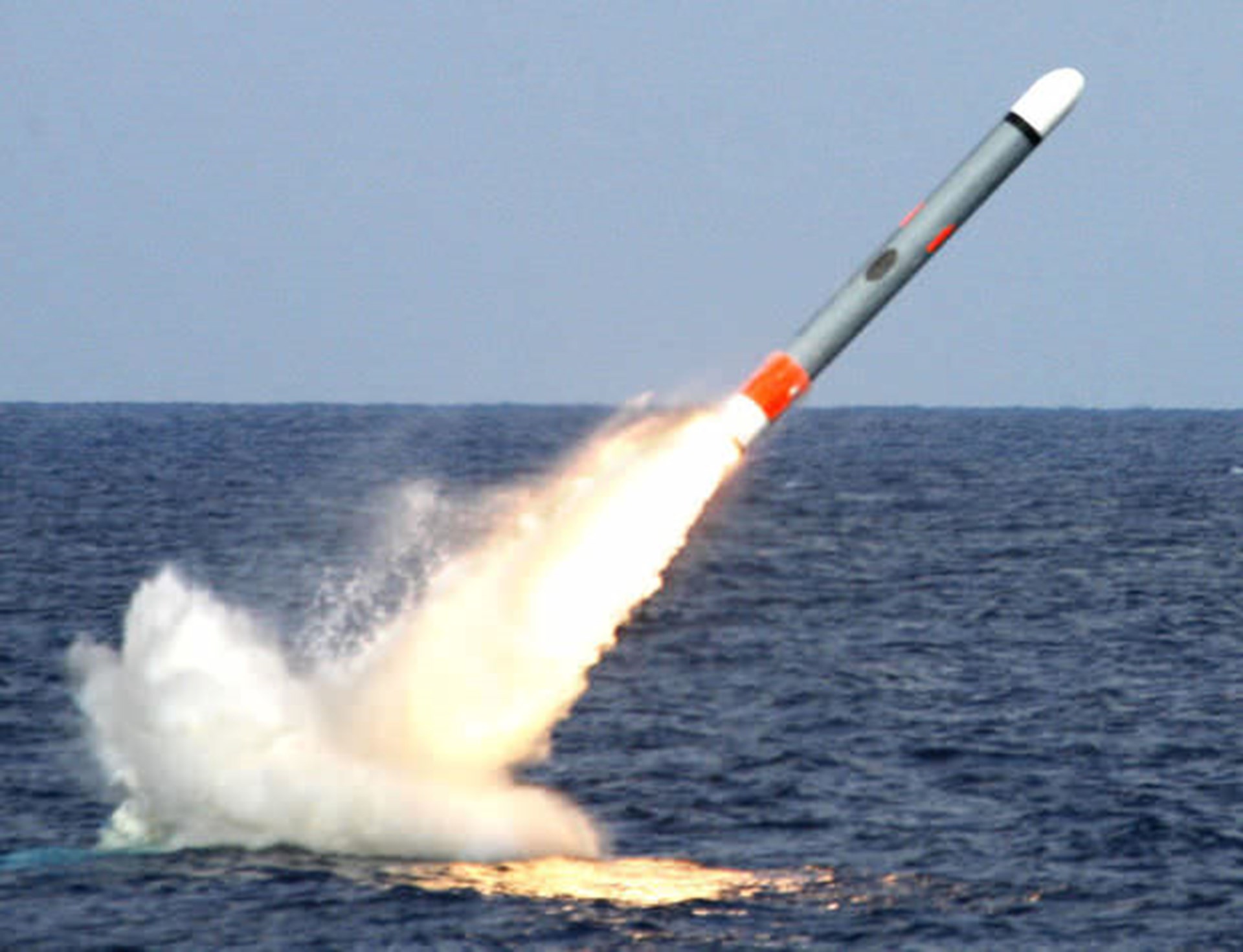 Speaking to reporters aboard Air Force One on April 6th, President Trump strongly condemned the recent nerve gas attack in Northern Syria: “I think what Assad did is terrible…. a disgrace to humanity,” he declared: “something should happen.” That night, US forces hit a Syrian airfield with 59 Tomahawk missiles launched from destroyers in the Eastern Mediterranean. This was something, and it happened. For a political outsider, Trump’s picked up “politician’s logic” pretty fast.

The airstrikes confirm the worst fears about our 45th president’s hair-trigger temperament and disdain for legal limits on his ability to wage war.

I won’t hazard a guess at what Trump’s exercise in Tomahawk humanitarianism means for our ongoing involvement in the Syrian civil war. His own Secretary of State is less than coherent on the subject, alternately announcing that “steps are underway” to remove Assad and that there’s been “no change” in US “policy or posture relative to our military activities in Syria.” But the airstrikes are clarifying in one respect: they confirm the worst fears about our 45th president’s hair-trigger temperament and disdain for legal limits on his ability to wage war.

Thus far, the administration has said nothing about the legal authority for the strikes. There’s not much that can be said: they’re plainly illegal. He had neither statutory nor constitutional authority to order them.

Earlier today, Sen. John McCain insisted that the strikes were covered by the Authorization for the Use of Military Force (AUMF) Congress passed in 2001. True, the 2001 AUMF, targeting the perpetrators of the 9/11 attacks, has proven an impressively stretchable statute: in Syria alone it already supposedly covers Al Qaeda affiliates and the ISIS operatives beheading them. But it’s hard to see how it can be stretched far enough to underwrite military action against Assad, who’s at war with both.

The legislators who voted for that AUMF in 2001 thought they were authorizing our 43rd president to fight Al Qaeda and the Taliban; it’s safe to say none of them imagined they were giving our 45th president the power to take all sides in a future Syrian civil war.

“It was still a choice, not a necessity, to go to Congress because ‘it’s not like the lawyers couldn’t have come up with a theory.'"

Without statutory cover, all that’s left is an appeal to presidential power under Article II of the Constitution. But that document vests the bulk of the military powers it grants in Congress, with the aim of “clogging, rather than facilitating war,” as George Mason put it. In that framework, the president retains the power to “repel sudden attacks” against the US; but he does not have the power to launch them.

Candidate Barack Obama had it right in 2007 when he told reporter Charlie Savage that “The President does not have power under the Constitution to unilaterally authorize a military attack in a situation that does not involve stopping an actual or imminent threat to the nation.”

As president, Obama violated that pledge repeatedly, but his decision not to attack Syria after its use of chemical weapons in 2013 was one of the few occasions where he honored it. While insisting in public that he had all the authority he needed to wage war without Congress, in private, Obama told aides he agreed with the position he’d outlined to Savage in 2007. Still, Obama aide Ben Rhodes told Savage, “it was still a choice, not a necessity, to go to Congress because ‘it’s not like the lawyers couldn’t have come up with a theory.’”

While we’re waiting to see what legal theory Trump’s lawyers come up with, it’s worth worrying about the practical dangers presented by a system that allows the president to wage war at will.

The Framers’ allocation of constitutional war powers was informed by their skeptical view of human nature. As Madison put it:

In war, the honours and emoluments of office are to be multiplied; and it is the executive patronage under which they are to be enjoyed. It is in war, finally, that laurels are to be gathered, and it is the executive brow they are to encircle. The strongest passions and most dangerous weaknesses of the human breast; ambition, avarice, vanity, the honourable or venial love of fame, are all in conspiracy against the desire and duty of peace.”

In the 70-odd days since he became president, Donald Trump has been finding out the hard way that government doesn’t work like a business. Judges can push back; the Freedom Caucus won’t vote for your bill just because you told them to.

The buck may stop at the president’s desk when it comes to public expectations, but the threat of “you’re fired” is of limited use when the president’s facing down the permanent bureaucracy or coordinating branches of government. Contemplating the prospect of an Eisenhower presidency, Harry Truman famously remarked: “He’ll sit here, and he’ll say, ‘Do this! Do that!’ And nothing will happen. Poor Ike—it won’t be a bit like the Army.”

His drive-by bombing has already earned him strange new respect from neoconservative #NeverTrump-ers.

Except, of course, when it comes to ordering the US military into battle: the president’s role as commander-in-chief of US armed forces is one of the few aspects of the job where his power matches his absurdly vast responsibilities. He can say “do this! Do that!”—and something will happen. And that can be tempting, particularly when your approval ratings are about where Nixon’s were as Watergate unfolded.

As my colleague Julian Sanchez warns, “We are at the extremely dangerous stage where Trump is realizing he can automatically command the news cycle by ordering missile strikes.”

Worse still, he can also – at least temporarily – get the approval he seems to crave. His drive-by bombing has already earned him strange new respect from neoconservative #NeverTrump-ers, who appear to believe that the mercurial celebreality billionaire is at his least frightening when he’s literally blowing things up. Centrist pundit Fareed Zakaria echoed that grotesque logic on CNN: “I think Donald Trump became president of the United States [that] night.”

As much as he disdains the media establishment, Trump revels in this sort of praise. It may not be long before he free-associates about it in interviews: “my airstrikes – which got terrific ratings, by the way….” And when the glow fades, he may be tempted to light it up again.

Gene Healy is a vice president at the Cato Institute. His research interests include executive power and the role of the presidency, as well as federalism and overcriminalization.