How Economies Can Rise from the Ashes: The Kiwi Plan

Yes, You Can Save Democracy from Itself

The signs of floundering entitlement democracies are everywhere these days — from poster child Greece to bankrupt Puerto Rico.

And yet, a cure has not only been found but has already been put into practice with great effect, offering practical lessons for any reformist who cares to look. New Zealand today stands as a beacon of freedom and prosperity, ranking number three in the Legatum Prosperity Index.

It wasn’t always so. In fact, few know the story of how that country transformed itself from a socialist basket case into one of the world’s most prosperous nations.

That story is updated and retold, with practical advice for activists, in my new monograph published by the Antigua Forum, New Zealand’s Far-Reaching Reforms: A Case Study on How to Save Democracy from Itself.

Two prime movers stand out, finance ministers from opposing political parties who made common cause to rescue the country they loved: Sir Roger Douglas and Ruth Richardson. It was a privilege to interview these elder statesmen in depth, capturing their remembrances, recording their advice, and putting it all in the context of the voluminous legislation they championed together.

The story of how they defied their own party leaders and convinced voters to endorse a radical overhaul of New Zealand’s body politic stands as perhaps history’s greatest national transformation that didn’t first involve a country being bombed into rubble. Like life-saving surgery, it involved nothing less than cutting out the parts of democracy that had grown cancerous in order to save the whole.

Predictions that voters would rebel when special privileges, subsidies, and entitlements were taken away were all proven wrong.

What Douglas, Richardson, and their allies bequeathed us was a virtual how-to recipe for saving a government that had, as Margaret Thatcher so aptly put it, “run out of other people’s money.” Their accomplishments are too many to list in depth, but here is a brief rundown. While it took years of hard work, at the end of the day, they

These changes took a decade to enact across the 1980s and early ’90s, a decade of political upheaval that nonetheless delivered results that have stood the test of time.

Most remarkably, predictions that voters would rebel when special privileges, subsidies, and entitlements were taken away were all proven wrong when New Zealanders were presented with a coherent plan boldly executed by competent leaders. The study reveals the precise political tactics used to overcome the fierce opposition from entrenched special interests.

The results remain clear for all to see. GDP increased fourfold, while the government debt-to-GDP ratio dropped to 30 percent (despite a short-term debt spike in the aftermath of the 2007–08 global recession).

Today, New Zealand operates under a system described as being designed by Hayekians, run by pragmatists, and populated by socialists.

Today, New Zealand operates under a system described as being designed by Hayekians, run by pragmatists, and populated by socialists. But because the rules of the game were permanently changed, there has been little backsliding to the electoral malaise described by H.L. Mencken as “a sort of advance auction sale of stolen goods.”

In fact, thanks to the fiscal transparency brought about by GAAP accounting and open books, most elections since the mid-1990s have seen the unusual — and pleasing — spectacle of both parties trying to outdo each other over who will be more fiscally responsible.

There is no reason why the same remedies couldn’t be applied across the bankrupt southern zone of the European Union, or even in the United States. All it takes is the will to make it happen, the courage to stand up to politicians and cronies devoted to protecting the status quo, and a little Kiwi know-how. 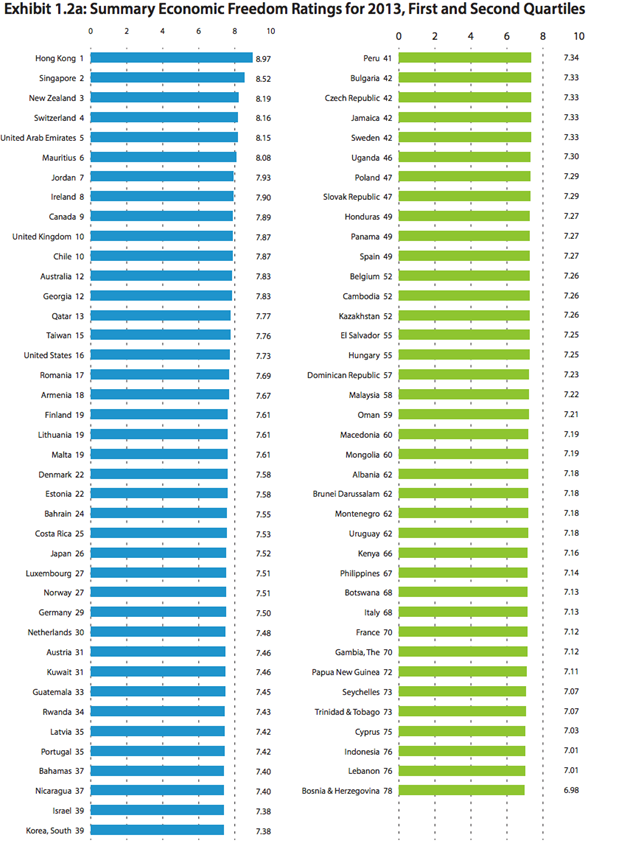