A tale of the War on Drugs, Joe Biden, Bill Weld, and how civil asset forfeiture came to be. 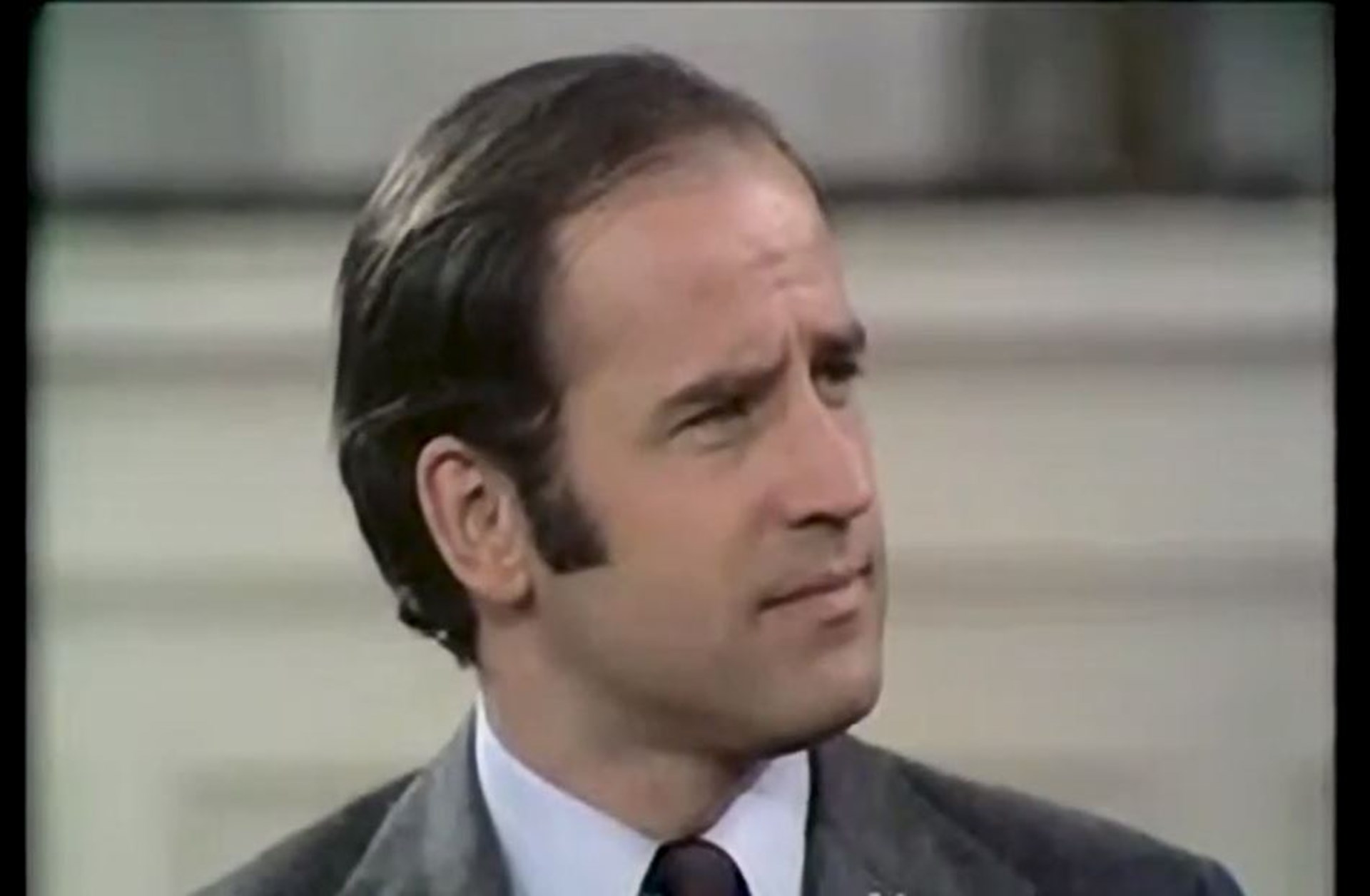 In 1991, Maui police officers showed up at the home of Frances and Joseph Lopes. One officer showed his badge and said, “Let’s go into the house, and we will explain things to you.” Once he was inside, the explanation was simple: “We’re taking the house.”

Leading up to the Event

The Lopeses were far from wealthy. They worked on a sugar plantation for nearly fifty years, living in camp housing, to save up enough money to buy a modest, middle-class home.

But in 1987, their son Thomas was caught with marijuana. He was twenty-eight, and he suffered from mental health issues. He grew the marijuana in the backyard of his parents’ home, but every time they tried to cut it down, Thomas threatened suicide.

That statute of limitations for civil asset forfeiture was five years. It had only been four.

When he was arrested, he pled guilty, was given probation since it was his first offense, and he was ordered to see a psychologist once a week. Frances and Joseph were elated. Their son got better, he stopped smoking marijuana, and the episode was behind them.

But when the police showed up and told them that their house was being seized, they learned that the episode was not behind them. That statute of limitations for civil asset forfeiture was five years. It had only been four. Legally, the police could seize any property connected to the marijuana plant from 1987. They had resurrected the Lopes case during a department-wide search through old cases looking for property they could legally confiscate.

The roots of the law that allowed the police to take their home ran all the way back to 1970. Prior forfeiture laws only applied to goods that could be considered a danger to society—illegal alcohol, weapons, etc. But with the birth of the modern War on Drugs, lawmakers wanted something with more teeth. Prosecutor Robert Blakey, having worked under Attorney General Robert Kennedy and various Congressmen, provided the teeth. He helped draft a bill for a new legal concept, “criminal forfeiture,” which would allow police to seize the illegally acquired profits of a convicted criminal.

In 1970, the targets were wealthy crime bosses, but the assets that could be seized consisted of anything that was funded with money connected to criminal activity. To appease those worried about abuses of power, Blakely assured them that prosecutors would have to prove beyond a reasonable doubt that the criminal was guilty of a crime before the assets could be seized. There was nothing to worry about; only legitimate bad guys would suffer.

The new policy was passed as part of the Racketeering Influence and Corrupt Organizations (RICO) Act. Blakely was a fan of the 1931 movie Little Caesar, and the acronym was crafted to honor Blakely’s favorite character from the movie: the gangster Rico Bandello.

The RICO act wasn’t actually designed as part of the War on Drugs; it was just meant to target criminals. But when Richard Nixon took office, the RICO Act was one of a number of new tools that the members of his newly created Bureau of Narcotics and Dangerous Drugs (precursor to the Drug Enforcement Administration) could use to fight his Drug War. Combined with other legal innovations, such as no-knock raids and mandatory minimum sentences, Nixon and his administration would cure America of the drug menace.

At Bourne’s urging, Congress modified the RICO Act to allow the DEA to confiscate assets without a conviction.

Still, the pesky “conviction” requirement stood in the way of law enforcement’s ability to seize criminal assets. In 1978, Jimmy Carter’s Director of the Office of Drug Abuse (the title “Drug Czar” is often retroactively applied), Peter Bourne, decided that the law needed to be changed. Bourne learned of an incident in which a suitcase at the Miami International Airport had been left on the baggage carousel for three hours before police picked it up and found $3 million inside. If Drug Kingpins could afford to abandon so much money, they must be flush with enough cash to hardly worry about criminal forfeiture laws.

So, at Bourne’s urging, Congress modified the RICO Act to allow the DEA to confiscate assets without a conviction. The burden of proof wasn’t entirely gone (yet), but the government only needed an indictment, rather than a full conviction, to justify asset seizure. After all, the government knew who a lot of these Kingpins were, but the criminals continued to get rich while the DEA struggled to build cases against them.

But through the 1970s, the RICO Act was still largely ignored by prosecutors. Blakely was holding seminars out of Cornell University, which were attended by federal law enforcement agents and prosecutors, to urge them to take advantage of the RICO Act in the War on Drugs. He made few inroads. The law was unwieldy, and prosecutors were overworked. More often than not, it wasn’t worth their time. While Blakely was proselytizing the virtues of his law to little effect, he was unwittingly gaining an ally in Congress: Senator Joe Biden.

No Hidin' from Biden

Biden, a young Senator from Delaware, had to do something to show that despite his “liberal” reputation, he could be just as tough on crime as his Republican colleagues. He took notice of the RICO law, and he realized that law enforcement agencies were not taking advantage of it, particularly in regards to the Drug War. He turned to the General Accounting Office and asked them to produce a study on the potential uses of RICO for drug enforcement.

Reagan brought the FBI into the Drug War. Drug cartels must be rendered unprofitable.

The report showed that the RICO Act granted enormous powers to police to confiscate drug-related assets, but these powers were not being taken advantage of: “The government has simply not exercised the kind of leadership and management necessary to make asset forfeiture a widely used law enforcement technique,” the report stated. By the time the report came in, Ronald Reagan was settling into office and getting ready to wage a renewed War on Drugs.

Reagan brought the FBI into the Drug War, and he gave the director, William Webster, a mission. His agents would use the RICO Act powers to find drug rings and take away their assets. Drug cartels must be rendered unprofitable.

As the 1980s progressed, the War on Drugs would be the country’s biggest political issue. Politicians from both parties would work to show that they could out-Drug-Warrior their opponents. One Democratic Representative from Florida, Earl Hutto, said, “In the war on narcotics, we have met the enemy, and he is the U.S. Code.” Biden brought the RICO law to the attention of the Federal Government, Reagan enlisted the FBI to use it against drug traffickers, and now both parties would work to dismantle any legal limitations the law might still impose.

The Drug War became a contest of political one-upmanship. Reagan’s Justice Department fought for all kinds of new powers. Attorney General Edwin Meese and his Assistant Attorney General William Weld (yes, that Bill Weld) railed against the limitations on their legal prerogative. Weld went so far as to argue in favor of the legality of using the Air Force to shoot suspected drug-smuggling planes out of the sky, a policy that even his boss was unwilling to endorse.

With this law, federal agents had nearly unlimited powers to seize assets from private citizens.

But Meese, Weld, and everyone else seemed to agree that forfeiture laws didn’t go nearly far enough. By requiring an indictment, the government still had to meet some standard of reasonable guilt before seizing property, which allowed far too many criminals that law enforcement knew to be guilty (but couldn’t build a case against) to keep their ill-gotten gains.

To take things further, the Justice Department argued that law enforcement should be allowed to take “substitute” property; they knew they wouldn’t be able to take everything that was paid for with drug money, so it stood to reason that they should be able to take legally acquired assets of equal value (however that was determined). And finally, with real estate off limits, the government was unable to seize marijuana farms, drug warehouses, and criminal homes.

The Comprehensive Forfeiture Act fixed all of these problems. The new bill was introduced by Senator Joe Biden in 1983 and it was signed into law the next year. With this law, federal agents had nearly unlimited powers to seize assets from private citizens. Now the government only needed to find a way to let local and state police join the party.

This came with the 1984 Comprehensive Crime Control Act. In addition to a slew of new powers for prosecutors, the burden of proof for asset seizure was lowered once again (agents had to only believe that what they were seizing was equal in value to money believed to have been purchased from drug sales). More significantly, the bill started the “equitable sharing” program that allowed local and state law enforcement to retain up to 80 percent of the assets seized.

The Lopes story merely illustrates that criminals are hardly the only people falling victim to this policy.

The law took effect in 1986, the year before Thomas Lopes pled guilty to charges of growing a marijuana plant in his parents’ backyard. In 1987, when Thomas faced the judge, the government had just made it so that his local police had an enormous incentive and unchecked authority to seize property from private citizens, as long as they could show any flimsy connection to drugs. By 1991, the Maui police were running out of easily-seized property, so they started combing through case files within the five-year limit to find new ways to enrich their precinct from the expanded RICO powers. One such file brought the Lopes home to their attention.

But the Lopeses are only one example out of millions. In the year their home was confiscated by police for a minor, four-year-old drug charge, $644 million in assets were seized. In 2018 alone, the Treasury Department’s Forfeiture Fund saw nearly $1.4 billion in deposits. The Lopes story merely illustrates that criminals (regardless of how one might feel about drug laws) are hardly the only people falling victim to this policy.

The decades-long abuse of this policy has reached such extreme proportions that people on all sides of the political aisle have been turning against it. As I am writing this (February 20th, 2019), the Supreme Court has unanimously voted in favor of Tyson Timbs, whose $42,000 Land Rover was seized in 2015 following a conviction for selling $400 in heroin. The Court is asserting that asset forfeiture constitutes a fine, and the Eighth Amendment—which protects citizens from excessive fines—applies to both state and local governments. The consequences of the ruling remain to be seen, but it seems nearly certain that the unanimous decision was motivated by the increasing outrage against the Civil Asset Forfeiture policies.

Baum, Dan. Smoke and Mirrors: The War On Drugs and the Politics of Failure. Boston: Little, Brown, 1996.

Chris Calton is a graduate student of history at Marshall University.