Some of the most memorable examples of Reed’s real heroes are taken from antiquity, with Cicero, Cato the Younger, and Augustine being first introduced by Reed. 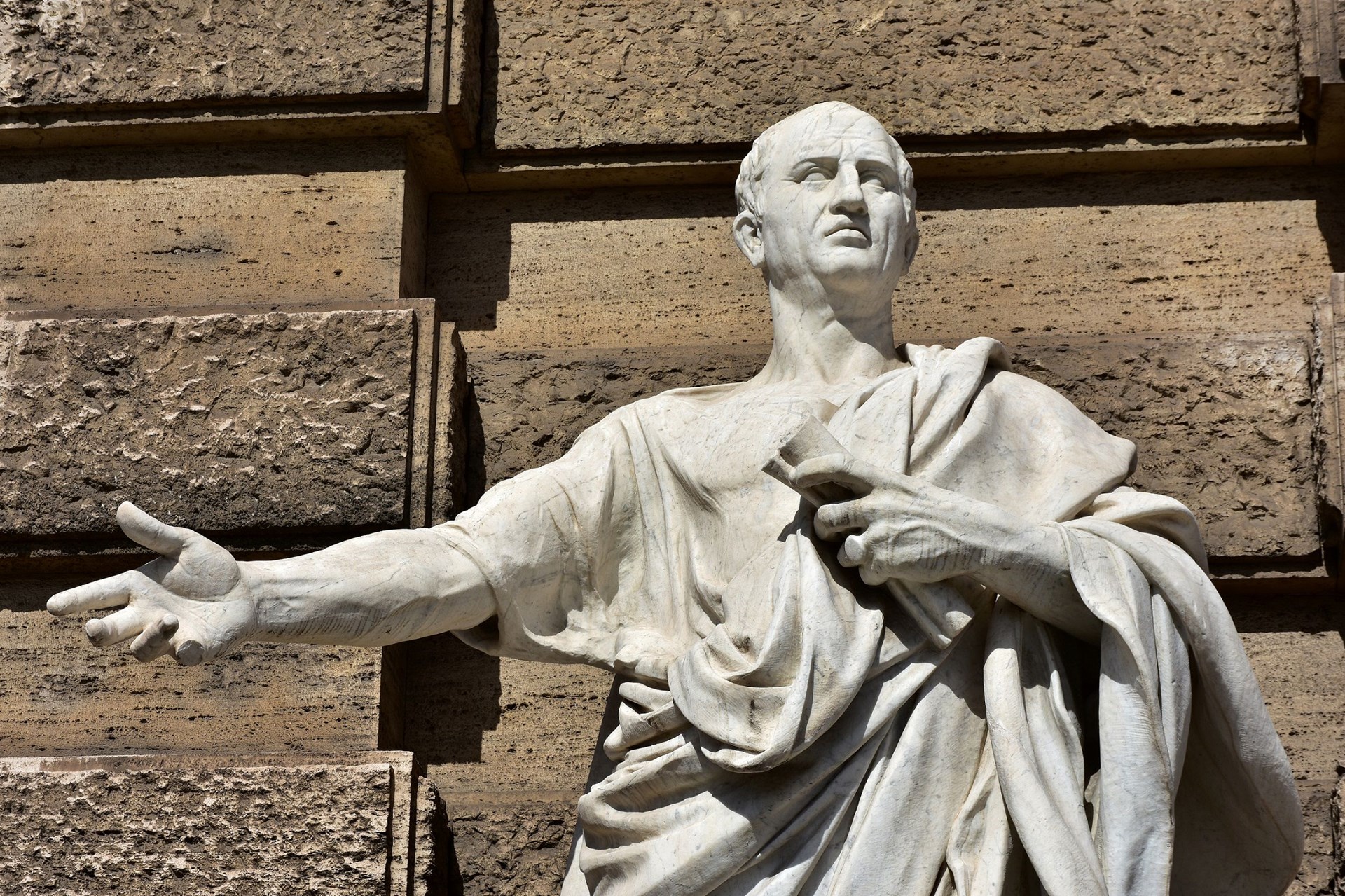 Contemporary American society seems to be rife with divisions, deceptions, and all kinds of demagoguery. Indeed, in what some have dubbed an Age of Wonkery, the labels of ‘divider’, ‘deceiver’, and ‘demagogue’ are daily applied to individuals in the orbit of the public eye, and the application of these tag-line-titles are hotly contested. The throwing around of such names may well lead one to conclude that we are living in an era of anti-heroes and anti-intellectualism, a chapter in American history in which virtue, or many kinds of virtues, have vanished.

Some of the most memorable examples of Reed’s real heroes are taken from antiquity.In Real Heroes, Lawrence Reed identifies three of these virtues—courage, character, and conviction—and traces these traits through the lives and tremendous accomplishments of a select but remarkable bevy of individuals, or “the very small minority the makes things happen.”

Reed draws on the lives of individuals, though many them are taken from 19th and 20th Century American and European history, from various periods and places in Western history, all of whom exhibit the three aforementioned virtues of courage, character, and conviction. Some of the most memorable examples of Reed’s real heroes are taken from antiquity, with Cicero, Cato the Younger, and Augustine being first introduced by Reed.

Though these three great men—Cicero, “the name not of a man but of eloquence itself”; Cato the Younger, the great inspiration to George Washington; and Augustine, the philosophical giant of inestimable influence—were introduced first by way of Reed’s loose chronological organization of his book, it is fitting that these three men, men whose legacies are integral, founding bricks in the Western tradition, are the focus of Real Heroes first chapters.

After all, it is the works of these men’s eras that have provided the foundation for the Western tradition, and thus the conception of liberty for which so many have fought and fight today to preserve. Indeed, four of the ensuing chapters tell the stories of Edmund Burke, Thomas Clarkson, Frederic Bastiat, and William Ewart Gladstone, all of whom are seen in contemporary circles as radical defenders of liberty.

Reed also draws heavily on the heroic and essential contributions of black Americans to society’s greatness and the preservation of liberty. Reed’s Real Heroes, though, is not dominated by the great men of history. From Anne Hutchinson in the 17th Century, Mercy Otis Warren in the 18th, Harriet Tubman and Marie Curie in the 19th, and Anne Frank in the 20th, just to name a few, Reed demonstrates how women’s deeds, throughout centuries of history and across geographical boundaries, have been instrumental in shaping society.

Whether discussing Anne Hutchinson’s defense of religious liberty, for which John Winthrop described her as “more bold than a man,” or Marie Curie’s instrumental contributions to the sciences, resulting in two Nobel Prizes, Reed makes clear that women have been irreplaceable guards of liberty and stewards of virtue in society.

Reed also draws heavily on the heroic and essential contributions of black Americans to society’s greatness and the preservation of liberty. From the Harriet Tubman to a large group of black entrepreneurs—including Booker T. Washington, the founder of the Tuskegee Institute, and George Washington Carver, the “black Leonardo” and famed botanist and inventor—to 20th Century athletes and activists such as Jesse Owens, Althea Gibson, and Joe Lewis.

The stories of these black Americans, along with those of the above-mentioned women, both American and not, illustrate the boundlessness of heroism; indeed, these stories show how heroism’s translation from an ideal into actions have allowed for individuals to better the circumstances and those of their families, along with the inclusivity of the societies and eras in which they lived.

The beauty of Reed’s Real Heroes is that it aims to disrupt the “callous complacency” under which so many move through the day.Though the overwhelming majority of Reed’s real heroes have long since passed into historical memory, the reader, as Reed suggests, should not conclude from this book’s pages that “heroism is a bygone ideal,” but an ideal, mode of behavior, and model for living to which more people must aspire in the effort to preserve liberty and human dignity. In chapter 17, Reed recounts the story of Siegfried Sassoon, a British soldier in the World War I, the “war to end all wars,” and a letter he wrote to his commanding officer in 1917.

In that letter Sassoon wrote of the “callous complacency with which the majority of those at home regard the continuance of agonies which they do not share and which they have not enough imagination to realize.”

Though the horrors of World War I are incomparable to the trials and ‘Wonkery’ of contemporary American society, Real Heroes may be seen as a preventative call-to-action.

Indeed, the beauty of Reed’s Real Heroes is that it aims to disrupt the “callous complacency” under which so many move through the day-to-day, and under the burden of which so many people are prevented from translating the ideal of heroism into action.

Jacob Bruggeman is an honors student at Miami University in Oxford, Ohio, where he studies history and political science.