Subverting the family will not protect children from abuse.

In addition to the recent Harvard Magazine article on “The Risks of Homeschooling,” both the Harvard Crimson and the Harvard Gazette ran stories last week reinforcing Bartholet’s one-sided view of homeschooling. While Harvard’s invitation-only summit to address homeschooling’s “problems, politics, and prospects for reform” scheduled for next month has been postponed due to COVID-19, the disinformation campaign against homeschooling goes on.

Interestingly, in the recent Gazette interview, Bartholet admits that most parents are quite able to homeschool their children. She says: “I believe that the overwhelming majority of parents are capable of providing at least a minimal education at home without presenting any danger of abuse or neglect.” Yet, in recommending a “presumptive ban” on the practice she would “require that parents demonstrate that they have a legitimate reason to homeschool—maybe their child is a super athlete, maybe the schools in their area are terrible.”

She would also require parents to “demonstrate that they’re qualified to provide an adequate education and that they would provide an education comparable in scope to what is required in public schools,” as well as “require that their kids participate in at least some school courses and extracurricular activities so they get exposure to a set of alternative values and experiences.” In other words, parents may be able to get permission from the government to homeschool their kids if they can jump through certain government-approved hoops and send their kids, at least part of the time, to the government schools from which they are fleeing.

Bartholet’s rationale for this heavy-handed approach to controlling homeschoolers is that, while most homeschooling parents won’t abuse or neglect their children, a tiny few may and so the entire homeschool population must be managed and monitored—including being subject to frequent home-visits by government officials to make sure they are not doing anything wrong. This guilty-until-proven-innocent approach is not only antithetical to American ideals, it sacrifices the freedom of an entire group out of concern that a small sliver of that group could potentially do harm.

Although Bartholet’s recommendations against homeschooling were initiated well before COVID-19 hit, she uses the current school shutdowns as further evidence that parents, unwatched by government officials, will abuse their children. Bartholet says in the Gazette interview: “I do think, though, that the present near-universal home education situation is illuminating. The evidence is growing that reports to Child Protective Services (CPS) have plummeted nationwide, because children are removed from the mandated reporters that schools provide.”

It is possible that declining CPS reports could indicate unreported child abuse, but it could also reveal a CPS system gone awry, with overly-aggressive reporting and investigative practices. A 2018 in-depth report by The Hechinger Report and HuffPost, for instance, found that “schools often use child protective services as a weapon against parents.” According to this analysis, school employees use CPS as a way to coerce parents who resist a school’s recommendations or approach. Reporters Rebecca Klein and Caroline Preston write:

Fed up with what they see as obstinate parents who don’t agree to special education services for their child, or disruptive kids who make learning difficult, schools sometimes use the threat of a child-protection investigation to strong-arm parents into complying with the school’s wishes or transferring their children to a new school. That approach is not only improper, but it can be devastating for families, even if the allegations are ultimately determined to be unfounded.

Such a determination is how the vast majority of these investigations conclude, despite terrorizing parents and children. In her powerful book, They Took The Kids Last Night: How the Child Protection System Puts Families at Risk, family defense attorney and policy advocate, Diane Redleaf, finds that the CPS system has ballooned in recent years, with millions of calls and family investigations despite most of them being baseless. She writes in her introduction: “In 2016 alone, 7.4 million children were reported as suspected victims of child abuse or neglect. Of this number, 4.1 million had a case referred for some CPS responsive action, ranging from finding no merit to the allegations and closing the case, to referring the family for social services, to a placement of the children into foster care. At the conclusion of a CPS investigation, 676,000 children were then labeled the victims of abuse or neglect.”

The Hechinger/HuffPost report reveals that poor and minority families are the ones most likely to get caught in the CPS dragnet, and Redleaf’s research reinforces this finding. She writes: “The child protection system most disproportionately intervenes against families of color and those who lack other forms of privilege…A system that is supposed to protect children from their parents ends up too often harming children’s precious attachment to their parents.”

Child abuse is horrific and should never be tolerated, but the growing distrust of parents and the related trend toward increased intervention in family life under the guise of protecting children may hurt more children than it helps. When families are weakened and parents are disempowered, children suffer. As Redleaf concludes in her book:

Family advocates need to proudly proclaim that children’s best interests are one and the same as their families’ best interests, for there is no other way to protect children but to defend their families—and to fight for the right of families everywhere to raise their own children. 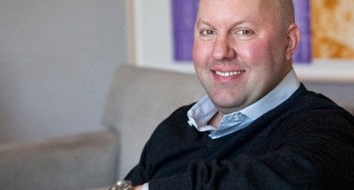