Mel Gibson's "Hacksaw Ridge" asks what it takes to remain a person of love and peace in a culture of hatred and war. 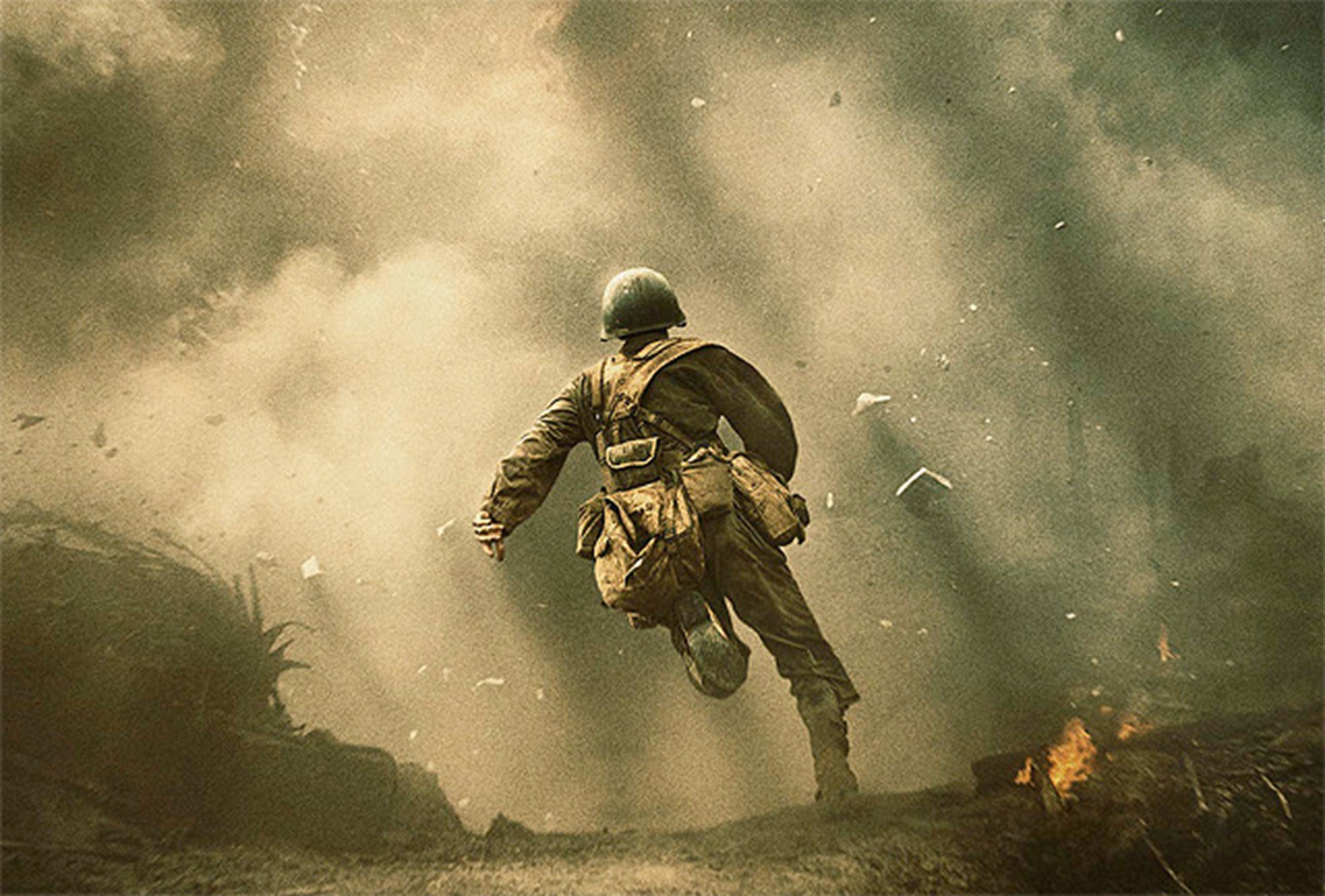 Among new movies this fall, I was most excited about Marvel’s “Doctor Strange.” No longer. The promise of a new film by Mel Gibson – his first directorial effort in a decade after a string of personal scandals – has captured my imagination. The film is “Hacksaw Ridge,” and it reportedly received a 10-minute standing ovation after its screening at the Venice Film Festival.

A Hero for Peace and Healing

The film brings the story of army medic, Desmond Doss, to life. A pacifist who refused to carry a weapon into the meat grinder of WWII, Doss was the first conscientious objector to receive the Medal of Honor after he saved 50 to 100 men in the heat of battle on Okinawa.

After Doss passed at the age of 87 in 2006, the New York Times recounted his story:

Private Doss was accompanying troops in the battle for a 400-foot-high ridge on Okinawa, the Maeda Escarpment, on Saturday, May 5 – his Sabbath – when the Japanese counterattacked. Many of the Americans were driven off the ridge, but wounded soldiers were stranded atop it.

Private Doss remained with the wounded, and, according to his Medal of Honor citation, he refused to seek cover, carrying them, one by one, in the face of enemy fire. He lowered each man on a rope-supported litter he had devised, using double bowline knots he had learned as a youngster and tying the makeshift litter to a tree stump serving as an anchor. Every wounded man was lowered to a safe spot 35 feet below the ridgetop, and then Private Doss came down the ridge unscathed.

After engaging in additional rescue efforts under fire over the next two weeks, Private Doss was wounded by a grenade that riddled him with shrapnel. He cared for his injuries alone for five hours, rather than have another medic emerge from cover to help him. While he was finally being carried off on a litter, he spotted a soldier who seemed worse off. He leaped off the litter, directing his aid men to help the other soldier.

Soon after that, Japanese fire hit him, and he suffered a compound arm fracture. He bound a rifle stock to his shattered arm as a splint, evidently the closest he ever came to handling a weapon, and crawled 300 yards to an aid station.

Blurring the Lines Between Life and Art

“Hacksaw Ridge” is Mel Gibson’s film adaptation of this heroic tale, and based on the film’s critical reception thus far, it appears Gibson has not only delivered a powerful war-saga full of action and his usual sadistic imagery, but an ethical drama about what it means to be a man of peace and principle in a world torn apart by mass murder.

What does it take to remain a person of love and peace in a culture of hatred and war?

In my opinion, our heroes are too often defined by their mere ability to vanquish the enemy and marshall violence and power for the sake of some greater good. Thus, a story about a hero who refuses to vanquish anyone is a welcomed change of pace not only for the American mythos, but for Gibson himself as an artist.

There really was a Desmond Doss, and the film sticks close to the facts of his story. Yet there’s still something very programmatic about “Hacksaw Ridge.” It immerses you in the violent madness of war — and, at the same time, it roots its drama in the impeccable valor of a man who, by his own grace, refuses to have anything to do with war. You could argue that Gibson, as a filmmaker, is having his bloody cake and eating it too, but the less cynical (and more accurate) way to put it might be that “Hacksaw Ridge” is a ritual of renunciation. The film stands on its own (if you’d never heard of Mel Gibson, it would work just fine), yet there’s no point in denying that it also works on the level of Gibsonian optics — that it speaks, on some political-metaphorical level, to the troubles that have defined him and that he’s now making a bid to transcend.

So, not only do we have a true story of a peaceful man walking through the shadow of death that is war, we have a film directed by a man with his own personal legacy at stake, as Gibson comes to terms with his own emotional violence. On screen and behind the scenes, the reality and absurdity of violence are brought to bear against the best ideals of man.

As the film version of Doss (portrayed by Andrew Garfield) says in the trailer, “With the world so set on tearing itself apart, doesn’t seem like a such a bad thing to me to want to put a little bit of it back together.”

Watch the trailer of “Hacksaw Ridge” below.