FDR Was Another President with a Greatness Plan

Perhaps those who long for the progressive days of FDR are more prepared for a Trump presidency than they are willing to admit. 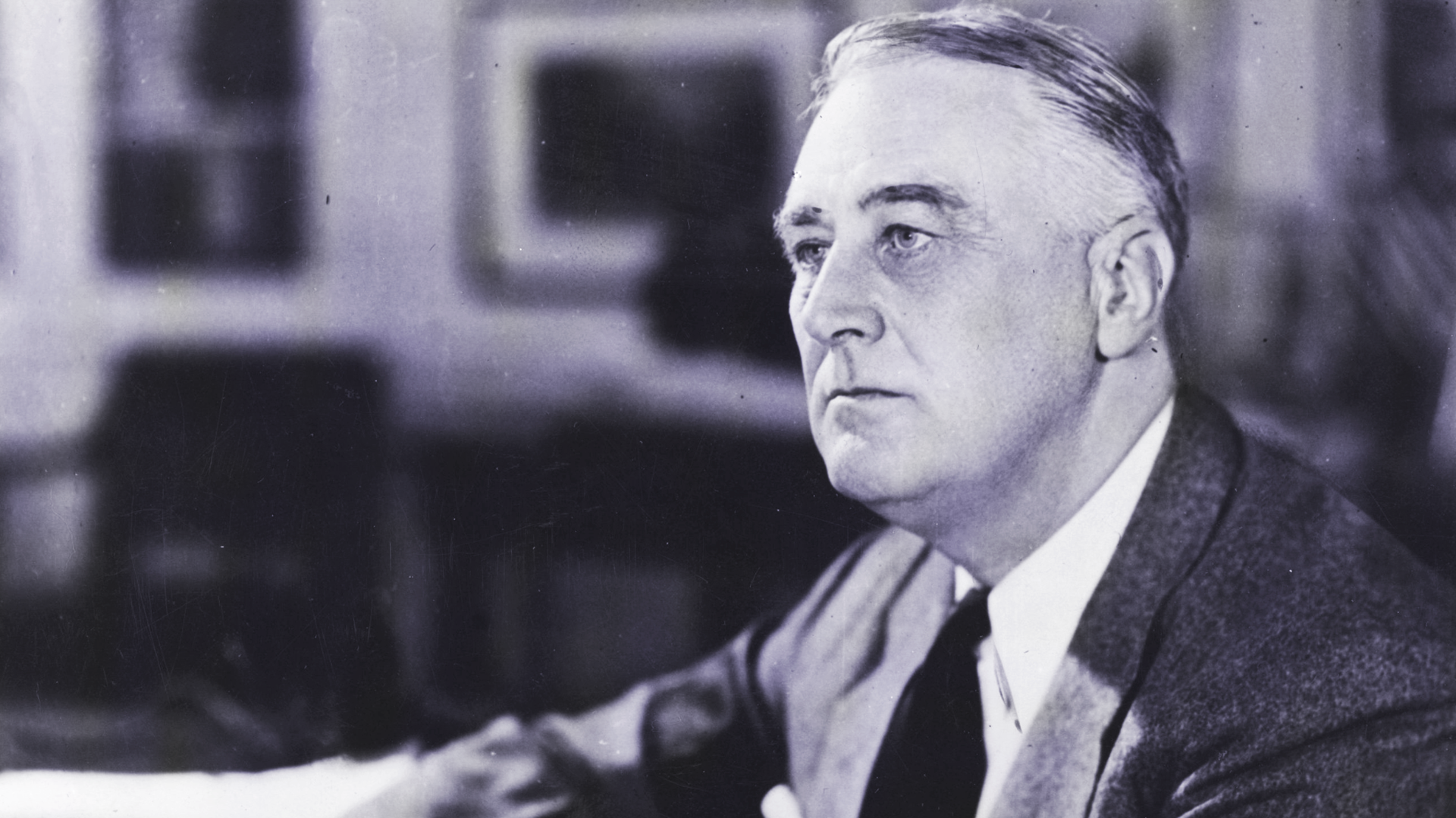 In an effort to boost morale, a friend of mine – a Democrat in mourning following Election Day – posted the following message online:

“We had to elect Hoover in order to have twelve years of FDR.”

These words were designed to be consolatory for fellow remorseful partisans, helping ease the pain about the impending Donald Trump presidency. If you couldn’t guess, these words didn’t have the same effect on me. Quite the opposite actually.

“What was so great about Roosevelt?” I fired back, and proceeded to list every disqualifying and despicable event that occurred during his reign. With each enumerated flaw, I noticed a trend: many of the things that partisan Democrats hate about Trump were also prominent policies of their modern-day demigod of progressive politics, Franklin Delano Roosevelt.

The Blatant Racism of Executive Order 9066

A common criticism of the Trump camp is its xenophobia. From his opening remarks that characterized Mexican immigrants as violent criminals to his suggestion that Muslims not be allowed to enter the United States, Trump is far from inclusive.

Following the bombing of Pearl Harbor, 120,000 Japanese-Americans were incarcerated and forcibly interned by Roosevelt’s direct order. Many died in the camps due to malnutrition, lack of medical care, or resisting orders made by the guards.

Racism was the driving force behind Executive Order 9066, the official fiat that ordered the mass detainment of these law-abiding citizens.

“The Japanese race is an enemy race,” wrote Lt. Gen. John DeWitt, the man in charge of the Western Defense Command, in a direct communique to Roosevelt. “And while many second- and third-generation Japanese born on United States soil, possessed of United States citizenship, have become ‘Americanized,’ the racial strains are undiluted.”

When an official apology was crafted for this atrocious episode of history, the buck stopped with FDR. The letter reads, “In retrospect, we understand that the nation’s actions were rooted deeply in racial prejudice, wartime hysteria, and a lack of political leadership.”

Trump personified a sense of distrust for refugees, especially those attempting to escape the atrocities of the Syrian Civil War. Again charges of xenophobia flowed freely. But those attacking Trump seem to forget that Roosevelt was equally intolerant toward those who sought freedom from tyranny in Western Europe – more specifically, Jews seeking refuge from the impending slaughter of the Holocaust.

The increasing hostility toward Jews in Germany in the 1930s led to an increasing flood of immigrants, which in turn became an escalating international crisis. Leadership from the United States, Great Britain, France, and dozens of other countries convened during the Evian Conference of 1938 to discuss the emerging refugee crisis taking place in Europe.

The goal of the conference seemed simple: the international community needed to open its doors to the beleaguered Jewish refugees. Hitler even offered his support to ease the emigration of Jews from his occupied territories. In response to Evian, Hitler stated that he was willing to place Jews on “luxury ships” to countries who held deep sympathy for them.

However, the Evian Conference produced no substantial rescue effort for Jewish refugees, and is referred to as a “failure of the international community.”

The reason? The United States – the country with arguably the greatest ability to provide safe haven for European Jews—was unwilling to ease its quota systems and restrictive immigration process to accept more Jewish refugees. The United States didn’t distinguish between immigrants and refugees at that time, so everybody had to get in the same line, and that line was riddled with red tape.

Roosevelt’s casual “anti-Semitism” undoubtedly played a role in these decisions. Roosevelt’s theory for resettlement was to “spread the Jews thin all over the world,” according to the diary of Henry Wallace.

The anti-Semitic comments didn’t stop there. Roosevelt once told his cabinet members that there were “too many Jews among federal employees in Oregon.” FDR even denied the appointment of one of his advisors, Benjamin Cohen, to the position of Assistant Secretary of the Treasury because he feared it would “constitute too much Jewish representation in that department.”

Furthermore, Jews were seen as potential inflators, who could be posing as refugees to enter the country and engage in subversive behavior while scamming the system.

“Not all of them are voluntary spies,” Roosevelt said. “It is rather a horrible story, but in some of the other countries that refugees out of Germany have gone to, especially Jewish refugees, they found a number of definitely proven spies.”

However, when pressed for evidence of espionage, FDR’s State Department never could produce any.

This may sound familiar to those who blasted Trump and many other modern political leaders who argued the very same reasoning for blocking Syrian refugees, just swapping out espionage for terrorism.

All of this is in spite of the fact that since the September 11th attacks, 750,000 refugees (including a very large wave of those from the Middle East) have been resettled in the United States. Among that group, only two were arrested for terrorist activity – both of whom targeted sites outside of the US.

So, hundreds of thousands of Jews were turned away. The window to rescue Jewish refugees closed in 1941 when Nazi Germany officially banned all Jewish emigration. Rescue wouldn’t come until 1944 when an effective front was mounted by the Allies. By then, however, it was too late.

How I Learned to Stop Worrying and Love the Bomb

Lest we forget, the Manhattan Project was started on FDR’s watch. A wave of manic depression settled in for many when it became apparent that a psychologically imbalanced man would hold the key to nuclear launch codes.

However, progressives have only Roosevelt to thank for the creation and development of these weapons of mass destruction in the first place. Lest we forget, the Manhattan Project was started on FDR’s watch. An advisory committee of scientists shared with Roosevelt that uranium could act as a source for weaponry “with a destructiveness vastly greater than anything now known.”

With the fear that Germany could develop a similar weapon (though many academics will attest to Germany’s complete lack of interest in making such a weapon), Roosevelt signed Executive Order 8807, establishing the Office of Scientific Research and Development, which functioned as the proper cover-up for the development of the first atomic bomb.

In a letter to Dr. Oppenheimer (lead scientist of the project), Roosevelt writes, “The fact that the outcome of your labors is of such great significance to the nation requires that this program be even more drastically guarded than other highly secret war development.”

Perfect hindsight notwithstanding, we would not have embarked on the tragic circumstances of Hiroshima and Nagasaki, four decades of escalated tensions with the Soviet Union, and the never-ending struggle to dismantle nuclear arsenals worldwide, if it were not for Roosevelt setting the ball in motion.

In August 2016, Seth Stevenson of Slate offered a hypothetical situation: what if the DNC nominated a “wackadoo candidate” of the same caliber of Donald Trump?

“It’s not difficult to envision Democrats supporting an absurd candidate out of inane partisanship,” Stevenson concludes.

Of course it’s not difficult to envision, because it already happened. FDR’s legacy takes the hypothetical situation and turns it into a historical pill that many partisans are not willing to swallow.

Perhaps those who long for the progressive days of FDR are more prepared for a Trump presidency than they are willing to admit.