Donald Trump Is the Nightmare Version of a Political Outsider

Trump Is Not an Alternative to Politics as Usual: He Is Its Purest Form 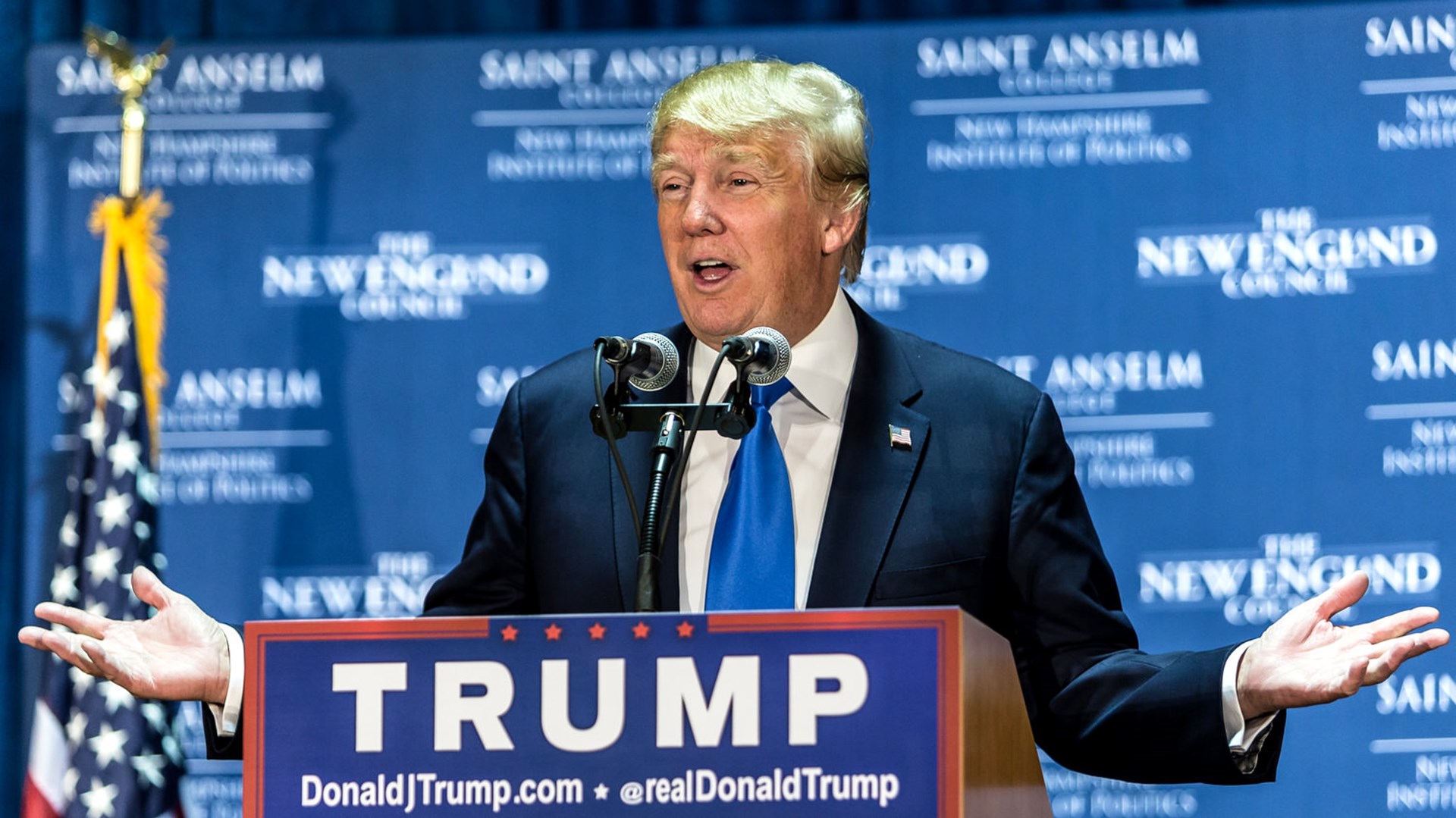 At a CNN-hosted town hall debate, Donald Trump said that the US government’s core focus should be on security (times three!), health care, and education. In spite of this vague, rambling answer, and much other blathering in support of big government, the real estate mogul has a large, intense following, which includes people on the right, the left, and even some paleoconservatives and libertarians.

In some ways, it’s understandable: if the normal process of politics revolts you in any way, the dream of anti-candidate Trump is sweet. The approval rating for the presidency in general is around 30 percent, according to Gallup. For Congress, it’s a stingy eight percent. People — or at least the people Gallup calls — do not seem terribly impressed by their elected officials.

Nor should they be. Powerful men and women spy, meddle, steal, and go to war, whether the people want them to or not, and then pat them on the head and coo euphemisms when people get upset with the results.

Into this travesty strolls Donald Trump, with a terrible, shallow campaign, brilliant in its bombastic vagueness. Populism, it’s been a while. You’re looking tanned, rested, but disturbingly familiar.

When Trump boasts about being against the Iraq war, or disses Dick Cheney, or says that being called a politician is insulting, it’s all too easy to like him. It would be so nice to believe he is not one of them, but one of us. Sure, he’s a billionaire on his third wife, with numerous failed business ventures, a love of eminent domain, and his own brand of “luxury” steaks, but he feels our loathing of the political class.

Yet it is infuriating that this is the year, and this is the man who has stolen the heart of the people fed up with DC. Not someone with principles (such as one against, oh, gleefully saying literally anything to be elected), not someone notably different from the elites he professes to loathe — merely a man who knows how to blab with the purest, most bald-faced confidence ever seen on a national stage.

In one way, Trump’s presidential run is about an outsider group revolting against the status quo, the way that fringey, quixotic campaigns like Pat Buchanan, Dennis Kucinich, or Ron Paul’s were. And some libertarians and paleocons have jumped on the Trump float, but it is clearly not their parade. The cause of Trump is not small government or social democracy or even Catholic populism.

It is Charlie Sheen-esque nationalism. It is strident whining confused for truth-telling. It is nonsense mercantilist ideas, bullying as public policy, and the worst anti-immigrant scapegoating in decades. However, there are no ideas here: it’s merely a billionaire playing that he’s angry about Mexicans and rallying swarms to his meaningless sort of “patriotism.”

Whether Trump was inevitable, or whether he simply speaks to the truly mediocre 2016 candidates is uncertain. But boy is it frustrating that the man who wants to raze DC is the one who wants to erect a statue of himself in its place. He tells it like it is, he knows politicians don’t work for the people! But he’s going to wave his hands and make a Mexico wall and 18th century trade policy appear by incantation.

Back in September, the New Yorker wrote that “Trump ... is playing the game of anti-politics.” We should be so lucky. Trump is merely politics distilled down to the size of one angry rich guy. On the campaign trail, would-be officials swear they can do anything and everything (and in the first 100 days, no less). Trump is bolder, brasher, and even more divorced from reality. But he’s still essentially that. The waking reality of the presumptive GOP nominee — who disses Dick Cheney, Hillary Clinton, and both party establishments — is that he is, heart and soul, a consummate politician.

His critique of the political class is not that they meddle too heavily in the lives of individuals, but that they haven’t done enough. If they had, wouldn’t we have a 50-foot wall on the southern border? Wouldn’t all those manufacturing jobs come back from China? For Trump and his supporters, the problem with Washington is not the inherent disaster of a massive bureaucracy with no consequences for failure and a surplus of corrupting power. No, it’s lack of strident, Trump-like spirit: a lack of will.

In spite of his twitches towards a less militaristic foreign policy — in between suggesting the United States rip up the Geneva Conventions, bomb the hell out of Syria, and seize Iraq’s oil — there is nothing really consistent about Trump. He may or may not be worse in practice than the status quo, but there is no reason to suspect that he is the savior of anything except his own ego. Indeed, his view that the government is incompetent due to bad managers sounds more like progressive technocracy than anything conservative. But somehow his screaming fans have gotten their signals crossed or, more grimly, they are as disinterested in small government as he is.

Hating DC is fun, but it doesn’t magically translate to supporting liberty. And populism is a not principle — it has no policies, feasible or otherwise. It is raw emotion. It is preaching. It is the flimflam, finger-pointing, and impossible promises of traditional assembly-line politics, just stripped down to bare parts. Trump is the schoolyard version of everything Marco Rubio or Bill Kristol advocates. He isn’t flattering anyone’s intelligence with his policy acumen. He doesn’t think we’re terribly smart, but he also thinks those fancy pants DC elites are not as smart as they pretend. He’s right about all of that. It’s not as if politics is noble or deserves better than Trump. It is Trump.

The Donald is not some demon summoned from another dimension to destroy America. He probably isn’t a new Hitler or Mussolini. He is a part of us, a glitzy, gilded reflection of the dark soul of politics: the lies, the self-promotion, and the delusion. Take a good, long look.

Lucy Steigerwald is a contributing editor to Antiwar.com and a contributor to Playboy.