What do movie monsters say about our politics?

Zombieland: Double Tap is in theaters. And Donald Trump is president. Coincidence?!

Not according to one theory. In 2009, a “science and pop culture” blogger crunched the numbers and found a correlation between movie monsters and who’s president. When a Republican is president, zombie movies are popular. When a Democrat is in the White House, vampire flicks rule.

Every few years a click-hungry writer resurrects this story. (My turn!) In 2011, Cracked shared “6 Mind-Blowing Ways Zombies and Vampires Explain America.” And in 2017, Huffington Post asked, “Does The Party In Power Determine The Monsters In Our Blockbusters?”

The answer may not surprise you.

If this pattern is real, what does it mean?

According to philosophy blogger S. Peter Davis, the dominant movie monster reflects the fears of the party out of power. Zombies symbolize what spooks progressives, and vampires stand for conservative anxieties.

Zombies are the ultimate conformists. They…

So maybe zombies reflect the left’s fear of conservatism stamping out cultural diversity and alternative lifestyles.

Vampires are at the opposite extreme. They’re enemies of “the normal.” As Davis points out, vampires are the ultimate deviants. They…

So maybe vampires reflect the right’s fear of progressivism undermining tradition and self-control.

Cool scary story, bro. But this theory is based on data from 2009. Has the pattern continued since then? I checked, using IMDb, like the blogger did.

The model would predict vampire movies outnumbering zombie movies throughout the Obama administration, with zombies making a comeback under Trump. But… it turns out zombies have reigned supreme throughout both presidencies.

And anyway, if zombies and vampires are symbols of social fears, it may not split so neatly along partisan lines. 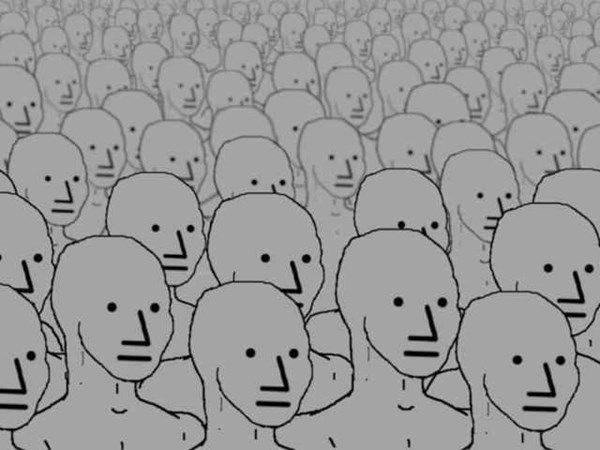 And progressives also fear deviant “vampires.” For example, what is “obscene wealth” but a “disgusting” deviation from “normal” wealth?

Humans fear crushing conformity on one extreme, and dangerous deviancy on the other. These fears are not partisan, but universal. And both fears have an important function.

As Jordan Peterson explains in his book Maps of Meaning, a healthy society needs a balance of conformity and deviation, tradition and innovation, order and chaos. Taoism represents this balance with the Yin and Yang symbol. 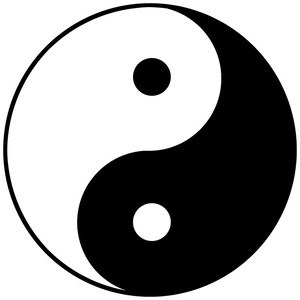 Some traditions are worth defending. Without them, life would be an unpredictable mess. So we are right to fear deviant “vampires.” As Peterson wrote:

Degeneration into chaos — decadence — might be considered the constant threat of innovation undertaken in the absence of comprehension and respect for tradition.

But traditions can also become obsolete. Without iconoclasts and innovators, life would become a sterile wasteland. So we are right to fear conformist “zombies.” As Peterson wrote:

When conservatism destroys the capacity for individual creativity — when it becomes tyranny — then it works against life, not for it.

These fears have a function, but they can also be misplaced. That “zombie” traditionalist or progressive you’re arguing with on Twitter might actually be a heroic defender of timeless wisdom or basic decency. And that “vampiric” rock star or capitalist you see on Instagram might be heroic pioneer of new frontiers in culture or business. 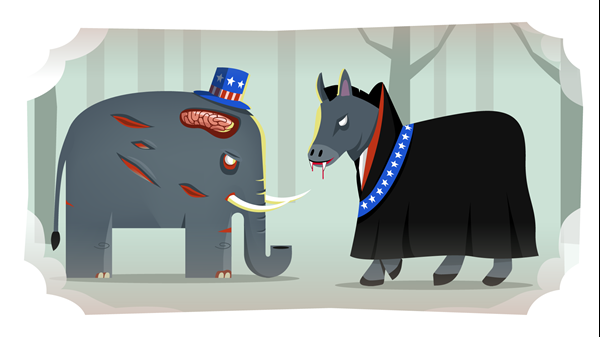 It’s often wise to fear. But it’s foolish to dehumanize, as we so often do in today’s polarized political climate. Nobody is all zombie or vampire. And everybody has at least a little zombie and vampire inside them. We can all stand to be more open in some ways and more structured in others.

If only there were evil people somewhere insidiously committing evil deeds, and it were necessary only to separate them from the rest of us and destroy them. But the line dividing good and evil cuts through the heart of every human being.

So let’s keep that in mind and try to avoid a zombie/vampire civil war, shall we?

But, that would make an awesome movie.

Can Socialism Ever Be 'Democratic'? Here's What Bernie Sanders Gets Wrong.