Did God Make It Rain for Trump's Inauguration?

How all inaugurations are sacraments of State-worship. 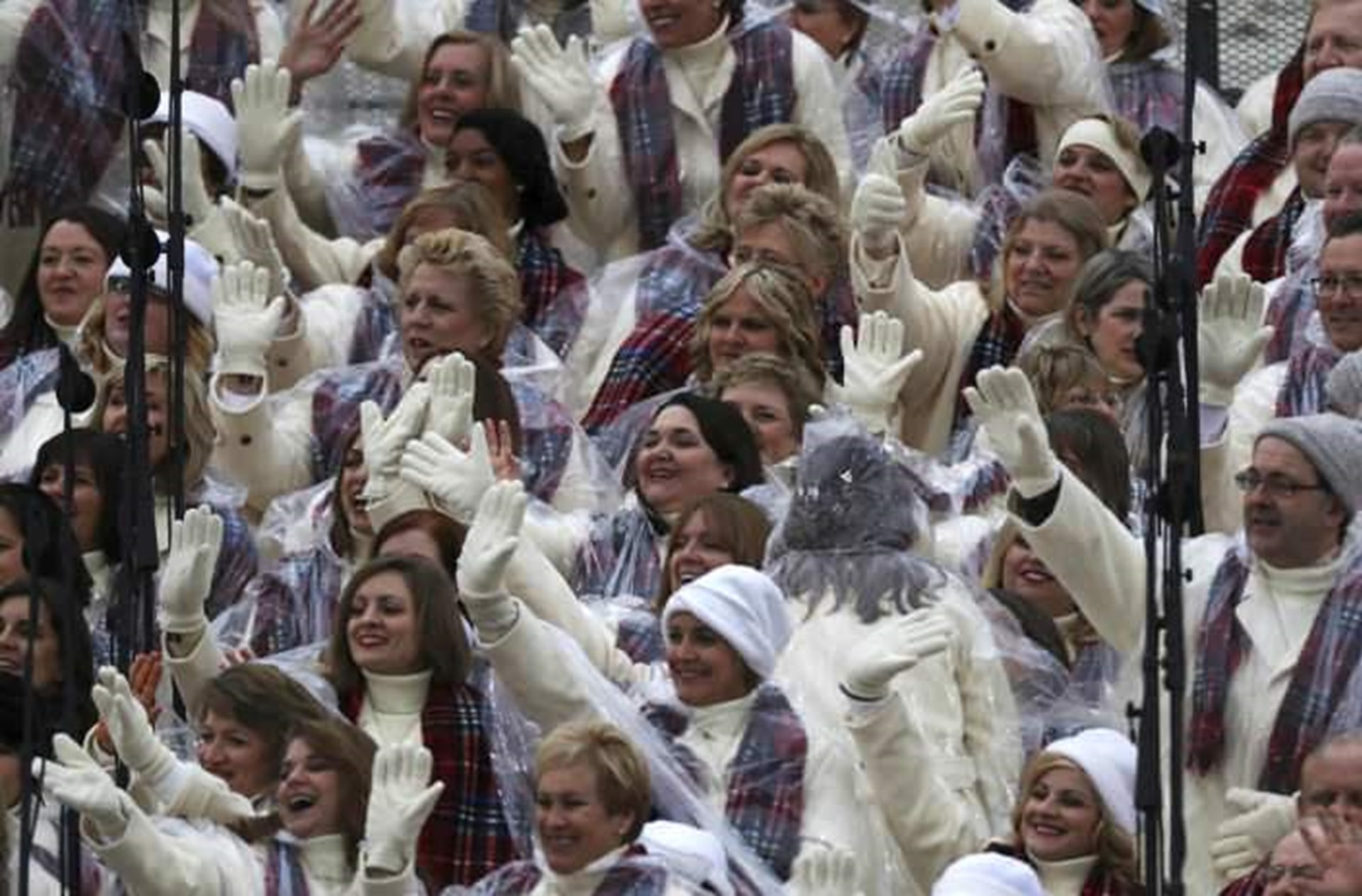 After Donald Trump delivered his first speech as President of the United States, evangelist Franklin Graham took the stage and said:

“Mr. President, in the Bible, rain is a sign of God’s blessing. And it started to rain, Mr. President, when you came to the platform.”

One wonders what Noah might have thought of this scriptural analysis.

It is telling that the reverend would contribute to the inauguration, not only a benediction, but an interpretation of an omen. Our custom of inaugurating government officials derives from the ancient religious practice of investing kings and magistrates with power through a ceremony in which a priest interpreted natural events as signs that a god favored the office-holder.

In ancient Rome, the officiating priest who would read such “auspices” (specifically, the flight pattern of released birds) was called an “augur” (thus our Latin-based word “inauguration”). The historian Livy (59 BC – AD 17) related the first inauguration of a Roman king (circa 715 BC) as follows (emphasis added):

“And so they unanimously voted to offer the sovereignty to Numa Pompilius. Being summoned to Rome [Numa] commanded that, just as Romulus had obeyed the augural omens in building his city and assuming regal power, so too in his own case the gods should be consulted. Accordingly an augur (who thereafter, as a mark of honour, was made a priest of the state in permanent charge of that function) conducted him to the citadel and caused him to sit down on a stone, facing the south.

The augur seated himself on Numa's left... and, laying his right hand on Numa's head, he uttered the following prayer:

“Father Jupiter, if it is Heaven's will that this man Numa Pompilius, whose head I am touching, be king in Rome, do thou exhibit to us unmistakable signs within those limits which I have set.” He then specified the auspices which he desired should be sent, and upon their appearance Numa was declared king, and so descended from the augural station.”

The “augury" offered by Reverend Graham was only the latest in a millennia-old tradition. Opponents of Trump have denounced it as an intrusion of superstitious religiosity into our secular governing institutions. But in truth, Graham’s divination fit right in. After all, it was delivered at the Capitol building, whose architecture recalls a Roman temple, and whose name derives from the Capitoline Hill of ancient Rome, site of the the Temple of Jupiter Optimus Maximus where the augurs presided.

Moreover, our presidential inaugurations are just as thoroughly religious as were the ancient rituals from which they derive. They are one of the many sacraments of our democratic civic religion, the “god” of which is a fictional abstraction called “the people” or the “popular will” (an incoherent notion, since only individuals have wills). Just as the augur invested the Roman king by divining the will of Jupiter, the Chief Justice of the Supreme Court, in swearing in the new president, bestows “authority” upon him as a priestly agent of the deified and mythical “popular will.” (The populist rhetoric of Trump’s inaugural speech was particularly suited to this creed.)

Through this ritual, a man who, a moment before, only had the right to dispose of his own person and property, is transformed in the minds of the civic religion’s believers into a “President”: a man with the “authority” to seize the earnings and property of millions of Americans and to bomb any of the rest of the planet’s billions at his discretion. Such wholesale theft and murder is transubstantiated into “taxation” and “war” through the pomp and circumstance, the hocus pocus of the inaugural ritual.

An inauguration is a superstitious bestowal of irresponsible power that no one should have. Rain or no rain, regardless of the person being sworn in, inaugurations never augur well.