Terrorists are often sold on the idea that they could be heroes, so Suleiman Bakhit came up with a creative way to fight this myth.

The Jordanian social entrepreneur and comic book author has created a set of stories for young Arab Muslims that offer an alternative narrative to extremist ideologies.

His comic creations, featuring heroes such as Princess Heart and Element Zero, proved so popular that they are now being handed out to Jordanian schoolchildren as textbooks. 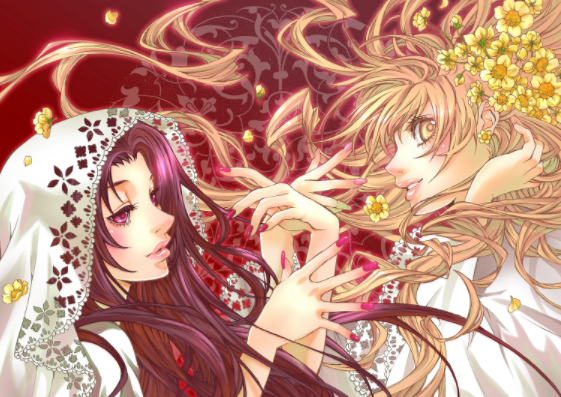 “The number one reason that terrorists join a cause is to be heroes in their life. They want to matter, they want to be part of something bigger than themselves,” Bakhit says.

“The only way to counter this is with stories that feature heroes based on hope, tolerance, gender equality, and acceptance.”

He continues: “Stories of heroes give us a sense of purpose, which in turn drive our actions. It’s the same with extremist ideology.”

The story behind his comic books begins soon after 9/11 when, while studying for a Master’s at the University of Minnesota, Bakhit was attacked by a group of men “for the simple reason that I was an Arab.”

American children asked Bakhit if there was an Arab Barbie and an Arab Batman. But there were no fictional heroes for children in Jordan.But instead of fighting hate with hate, he went into local schools to spread a message to six- and seven-year-olds that “not all Arabs are terrorists.”

One day, a six-year-old girl asked him: is there an Arab Barbie? Then, the boys in the classroom wanted to know, is there an Arab Batman? What followed was an epiphany of sorts for Bakhit — where he came from, there were no fictional heroes for young children to look up to.

The message hit home even harder when, back in Jordan, he asked local children who their heroes were. Their answers shocked him: “They either looked at me blankly or said that they had heard a lot about someone called bin Laden and someone called Zarqawi, who were fighting the West in order to save us.”

So Bakhit set about creating heroes such as Princess Heart, “an Alice in Wonderland meets 1001 Nights” and Element Zero, “an Arabic special forces story, a kind of early James Bond.” His first and wildly popular comic Hawker Hunter tells the story of a Jordanian fighter pilot.

“These are real-life positive role models that overcome major challenges. This is something that (children) can replicate, someone that they can look up to,” he says. 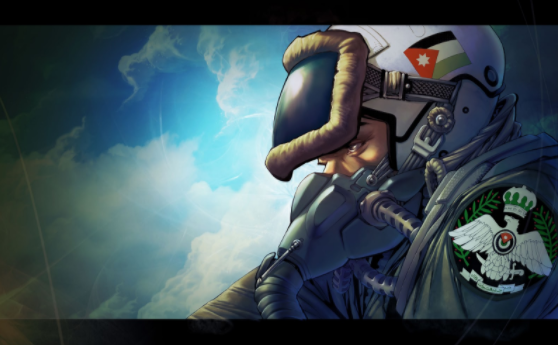 Getting the Message Across Early

Targeting eight to 11-year-olds is key because “that’s the age when a lot of youths start looking for social role models.

“If you can give children ideas of real heroes this early, you can create a better resilience against violent extremist ideology.”

"I want to show the youth in Jordan what an Arab female hero looks like."Bakhit argues against the premise that terrorists come from poor backgrounds with little else to aim for. The issue is more complex, he says, citing a UNESCO statistic that more than two-thirds of children in Jordan are subjected to verbal abuse, while half are subject to physical abuse.

“What are we teaching them about authority and violence and about what happens when you question power, about critical thinking and imagination? We’re killing it. We’re creating hate and a space for the extremist ideology to take hold.”

There are no capes or superpowers in his comic books. Instead, the characters deal with real-life challenges such as bullying.

As well as countering terrorist narratives, Bakhit also tackles misogyny by providing female heroes. The comic book Section 9 is the story of the first all-female counter-terrorism unit in the Arab world. “I want to show the youth in Jordan what an Arab female hero looks like,” he says.

“The point of all of these stories is to infuse positive heroism into youth and empower them to be the heroes they want to be."

To date, 1.7 million copies have been published, but Bakhit believes his books have reached many more young people. He estimates that each copy is passed on at least twice. 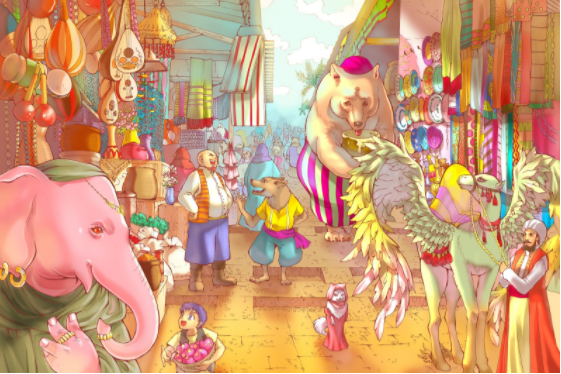 While Bakhit admits that his organization, Hero Factor, lacks the funds to invest in proper empirical evidence to determine the effectiveness of his books, he has anecdotes aplenty. Like the businessman who called to thank him because, having heard stories of children being radicalized, and concerned that his own son would fall victim to the ideology, was happy that Hawker Hunter had become his son’s hero instead. Or that when he returned to the Jordanian children to whom he had handed out copies of his books, the extremist “heroes” the children had spoken of had been replaced with ones in the comics.

"It's the idea that, instead of dying for something, why not live for something?"To his enormous pride, the comics have also spawned a new generation of storytellers. Bakhit cites one group of female students who have started writing stories themselves: “It’s no longer about my work, but about me being a facilitator to their work,” he says.

Last year, thanks to a partnership with the Royal Court and the King’s Office, as well as the Ministry of Education, his comics became official school textbooks. They will be distributed to all children in fourth and fifth grades (10- and 11-year-olds) on an annual basis.

“The purpose is to infuse the education system with an alternative narrative,” Bakhit says. “You can be a hero too, and you can find out what kind of hero you want to be. You can be a hero against poverty, or against violence. It’s the idea that, instead of dying for something, why not live for something?”

Republished from the World Economic Forum.

Alex Gray is a Senior Writer at Formative Content.