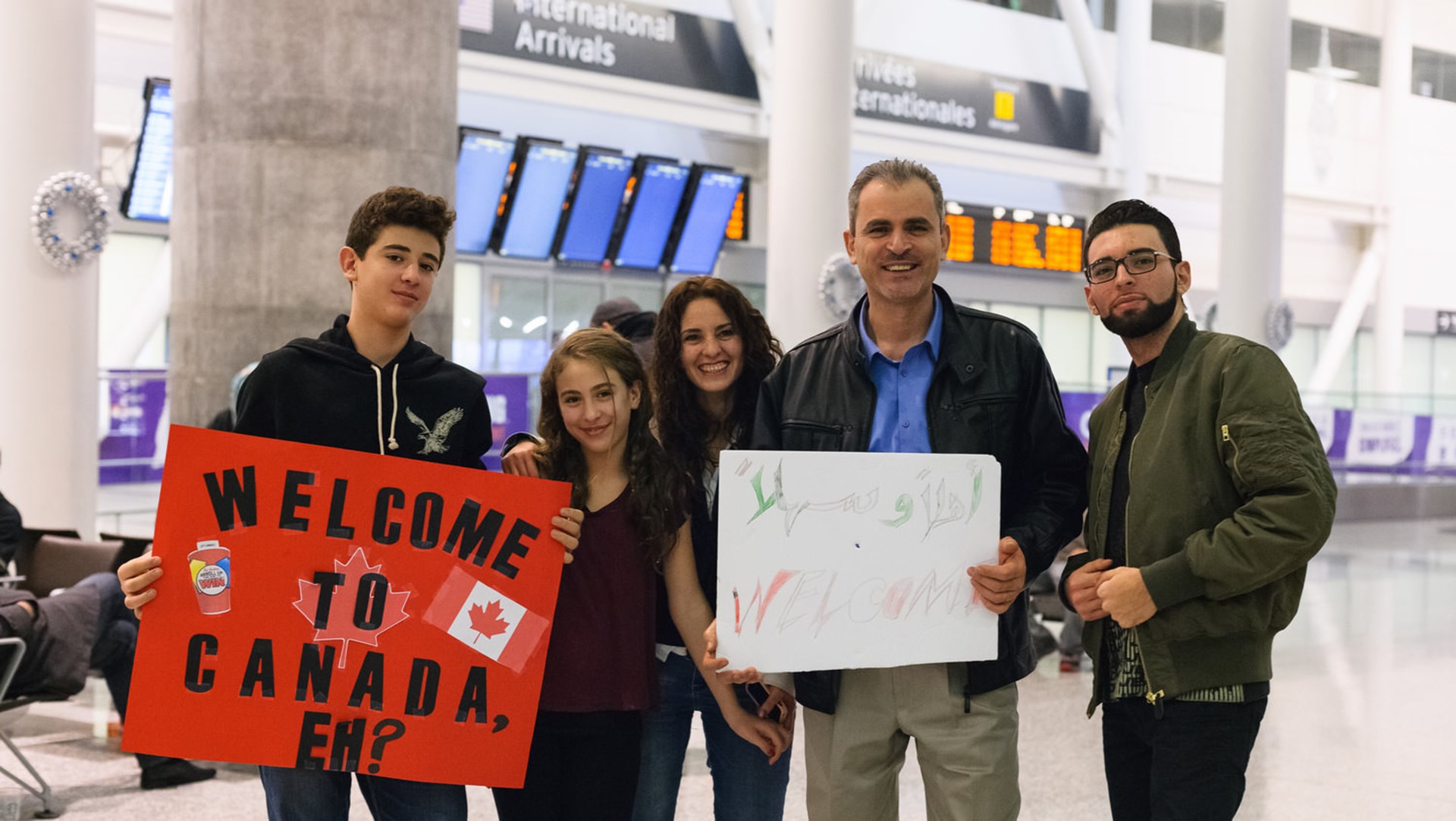 Syrian families are arriving in the sleepy corner of Southern Ontario where my husband and I live on a farm. The refugees receive financial support for one year, complete with travel expenses, housing, furniture, food and the support network they will need to integrate into communities. The cost per refugee is estimated to be $12,000 (about $8,778 US) for an individual or $25,000 (about $18,280 US) for a family of four.

The Syrians are warmly welcomed here because the sponsorship is privately funded by Canadian churches, non-profits, charities, and bands of individuals who extend compassion at their own expense, rather than use tax dollars. In short, the refugees are wanted and not an economic burden.

A headline in Public Radio International explained, “Canadians are coming out in droves, again, to resettle refugees — on their own dime.” The story continued, “Canada is the only country that has the private sponsorship of refugees mandated into its immigration law.”

The innovation came as a response to the “boat people” crisis in the wake of the Vietnam War. Vietnamese refugees poured out of the ravaged nation, with many dying from overcrowded boats, pirates, and other privations. Prior to 1978, Canada assessed each immigrant's application on a case by case basis and had no fixed policy on refugees. After 1978, refugees became an exception to standard immigration procedures and fell into a new category called privately sponsored refugee (PSR), which allowed average Canadians to take responsibility for them. In just two years, 50,000 Vietnamese resettled in Canada, even though the majority had no family here and did not speak either of the official languages.

A similar dynamic is at work with Syrian refugees, not all of which are sponsored by groups or individuals. By the end of February, Canada had admitted 25,000 Syrians and, of that number, approximately 40 percent will be privately supported. Even with private sponsorship, however, the government plays a major role, with an application and vetting process that takes an average of 10 months to clear. Moreover, other paths for resettlement exist; for example, a “blended visa” mixes government and private sponsorship, with each party assuming six months of the financial burden. Nevertheless, the Canadian system is an encouraging step in the right direction – the direction of privatization.

The sponsorship system has been a success in several ways. The Globe and Mail reported,

The eagerness of private parties to sponsor refugees is clear from the long list of groups and individuals who have raised the necessary funds and are waiting to be matched with families. Syrians who qualify often need to be identified and vetted by the United Nations or other lumbering agencies — a process that can take years. This has the odd effect of putting them in short supply. That's why there is now a strong political trend within Canada to match government-assisted refugees who are already here with voluntary sponsors; for example, Ontario Premier Kathleen Wynne actively favors the option.

As it stands, many government-sponsored Syrians are stranded in hotel rooms while they await permanent housing and stability for their children. With private sponsorship, they could move almost immediately into a home and into a community where support networks are already in place. The networks facilitate enrolling children in schools, finding jobs, securing medical care, providing interpreters, and introducing refugees to local stores. This is part of the pledge of private sponsorship.

Nothing is perfect, especially with politically-charged issues like refugees and racism. There have been instances of cruelty, with one of the worst occurring in Vancouver where several refugees were pepper sprayed. But far, far more common are church potlucks, craft events, and yard sales held to raise funds for refugees. In Quebec, one woman launched the 25,000 Tuques project with thousands of hand-knitted tuques (warm Canadian hats) pouring in from across the country.

In turn, there has been an outpouring of good will from refugees; recently about twenty families handed out flowers at a Saskatoon mall in order to say “thank you.” Other families publish thank you letters to sponsors and well-wishers who meet them at airport arrival gates to welcome them into a new life.

The private sponsorship system reminds us that human nature is generous and compassionate. When allowed to function, the private sphere can address what seem to be insurmountable problems. And do it well.

Wendy McElroy is the author of over a dozen books on individualist feminism and libertarian history. Her upcoming book, "The Satoshi Revolution," applies the concepts of classical liberalism to cryptocurrency. She has been published by such diverse venues as Penn State to Penthouse, FEE to Marie Claire.