A New Duke for the Castle

In the first five pages of Executive Suite, Avery Bullard, the president of the Tredway Corporation, suffers a massive cerebral hemorrhage and dies in the street.

It is bad enough that his death leaves a major furniture manufacturing company without a president, but even worse is that before his death Bullard has failed to name a second-in-command. This means that, when Bullard’s body is identified, the Tredway Corporation finds itself without a head, without any indication of the late president’s preferred successor, and at the whims of the politics and intrigues percolating among its the many vice presidents. 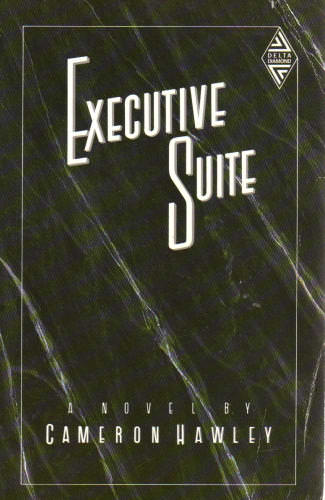 The remainder of the novel traces the events of the days immediately following Bullard’s death, as the vice presidents attempt to choose a successor to Bullard, and as various outsiders speculate on their possible choices and try to find ways to profit from the uncertainty. It makes for an exciting and fast-paced read that holds up well more than 60 years later.


The intrigue and suspense about the identity of the new president—the gregarious salesman? The bean counter? The old friend? The creative designer?—is only part of the fun of the book, however. Executive Suite also gives us some lively portraits of the working world and those who inhabit it as well as a few lovely meditations on the nature of entrepreneurship.

We meet, for example, Luigi Cassoni, the elevator operator at the Tredway corporate offices, who turns out to be the most important of the household gods of the company. As he conveys various presidential candidates up to the Olympian heights of the 24th floor of the company tower, we learn to watch carefully for his assessment of each candidate as they come and go. He is, indeed, the first of all the Tredway employees to divine the identity of Bullard’s successor.

Another of Tredway’s household gods is Erica Martin, Bullard’s secretary. Utterly devoted to Bullard and to the business, Martin has been privy to every bit of Bullard’s decision making process for his whole career. Though she is highly likely to know exactly—or be able to guess correctly—whom he would have chosen as a successor, she is disinclined to discuss the matter, as it would be an inappropriate ventriloquizing of his wishes, and she might be seen as attempting to become a “king-maker.”

There is something slightly cliché about these images of devoted long-time retainers, but anyone familiar with office life will feel the aptness of the observation that the people most likely to really understand how the place is run are the people you’d least expect. As Luigi, Erica, and other characters in the novel consider potential candidates for the vice presidency, their thoughts give Cameron Hawley the space to consider what qualities, precisely, seem necessary for someone to be the head of a corporation.

One of the obvious choices for the job is Loren Shaw. Something of a bean-counter, Shaw was brought on board by Bullard after heading up a study to improve the company’s efficiency. Perhaps because he came in as an outside expert setting out to critique the company, and perhaps just because he is a fairly unpleasant and socially inept individual, the other vice presidents and employees never warmed to Shaw. He is extremely competent and politically savvy. But no one likes him. A good corporate president needs both halves of that equation.

Walt Dudley is more or less Shaw’s opposite. He began in sales at Tredway and has made a career out of making people like him. He has a million friends, a million social obligations, and is the quintessential salesman. But he cannot stand to be disliked, and cannot be relied upon to make a decision that will be correct, but unpopular.

Balanced between them is Don Walling, who has a passion for the design end of the business, but is capable of handling other aspects, and who appears to be generally liked and respected. Hawley’s description of Don, as seen through his wife’s eyes, presents the qualities that make him Luigi and Erica’s pick for the presidency.

Don was the “artistic” type, a conclusion supported not only by his art training and obvious ability as a designer, but also by her memory of her psychology courses, in which she had been taught that the truly creative mind seldom indulged in purely deductive thinking. Unfortunately, there still remained the unexplainable corollary, recited in the same textbook, that the artistic, creative mind was at the opposite pole from the type of mind that could fulfill the requirements demanded of the modern business executive. Don was most certainly successful in business, not only as a designer and inventor, but also in other ways for which there was no ready explanation.

We see examples of those “other ways” as we move through the novel and watch Don wrangle with the necessity of making big decisions quickly and effectively, synthesizing differing bits of evidence and opinion about the intentions and plans of other people, and picking up new information very rapidly. All these are surely hallmarks of the exceptional executive.

But the moment that made me root for Don as my favorite candidate for the presidency is the moment when he stands in his office, looking at the old factory building but seeing, in his mind, the new factory. As he imagines the sounds of the factory at work he realizes:

There was a man for every sound . . . the man at the saw with the powder of sawdust like yellow frost on his eyebrows . . . the man on the finishing line with a grotesque inhalator mask for a face . . . a man on the lumber crane with eyes that said he could lift the earth itself if he touched the right levers . . . and the cell center spark of life in every brood was a Tredway paycheck . . . a blue scrap of paper that became green bills in a purse . . . and the green bills became the endless inpouring of food for thousands of ever-emptying stomachs . . . clothes to cover a thousand nakednesses and flap from a thousand clotheslines . . . shoes for the feet of ever-running children . . . beer to soften a man’s soul on Saturday night and a freehanded buck for the collection plate on Sunday. . . . Don Walling felt suspended in space, yet tied to the hive of the earth by the awed realization of his new found responsibility. They were his . . . all of them . . . If he failed them there would be hunger under those roofs . . . there had been hunger before when the man at the top of the Tower had failed them. Then there would be no food . . . and the belonging of the dispossessed would stand in the streets.

Don’s overwhelming sense of the “fearsome complexity and awesome involvement” that are a part of running a company reminds me of conversations I’ve had with friends who run companies of their own. They have this same sense of being relied upon by their employees and their families, this same sense that a bad business decision is not just a bad business decision, but a bad decision that will change the lives and futures of hundreds or thousands of other people.

Balancing that terrifying and paralyzing sense of responsibility with the fact that decisions must be made, and being brave enough to risk guessing at what might be best when future paths are uncertain, seems to me to be the kind of alchemy at the very heart of the best business people I have known.