10 Charts to Brighten Your Century

Sometimes the hysteria just isn’t backed by the data

They say our human brains are evolved to remember stories. Stories help us organize information about the world. We used oral histories and myths before we used science and statistics. So the power of stories is still with us, and it still affects us.

Whether true or false, plausible narratives can spread quickly online. Unless false ones are debunked, they can stick around. The crisis du jour can become "common knowledge" as a single event somehow becomes evidence of a wider, growing problem. Politicians love this stuff because it gives them something to do.

Legal scholar Cass Sunstein and professor of economics and political science Timur Kuran rightly identify a phenomenon they call an “availability cascade.” The idea more or less says that people can easily get false impressions about the world — say, about the severity of a social problem — by looking at a rare occurrence or plausible theory that gets blown up in modern media.

But if we were to calmly look at the big picture, or perhaps just a picture — maybe a chart — we might find that some problem isn’t really getting worse, despite how intimately we can experience a rare-but-inevitable spectacle in the Internet age.

The following are 10 examples of popular, explosive narratives that, when considered through a more dispassionate lens, get defused.

1. There is a rape epidemic caused by rape culture.

Rape is a horrendous crime. And if we can believe those who perpetuate narratives about an epidemic of rape and a “rape culture,” we would expect to see the disease becoming more virulent. But incidents of rape are lower than they have been in 40 years and have been reduced by more than half. It’s not clear what factors brought about such declines, but the declines should be acknowledged. 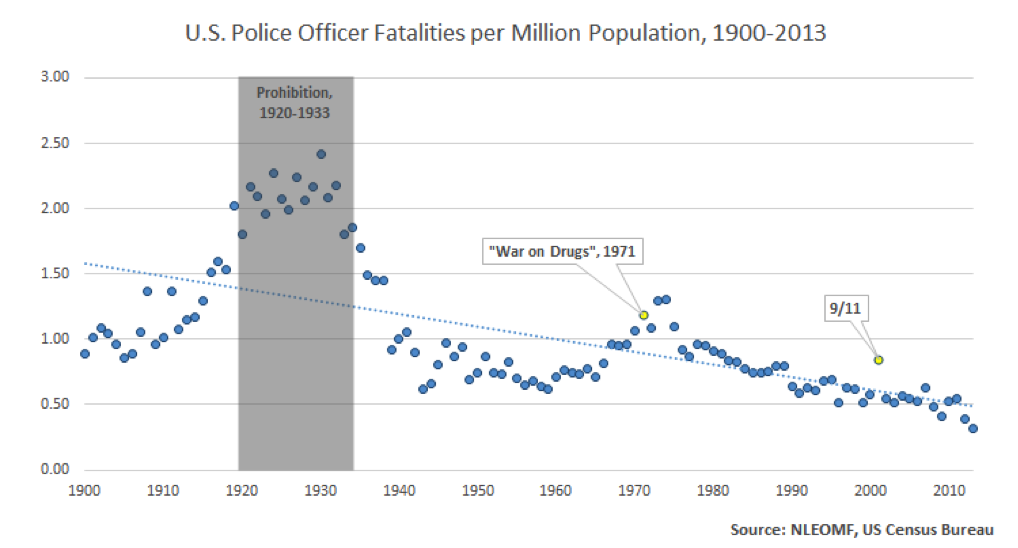 Arrests often lead to physical confrontation, assault, and sometimes injury. Police are constantly dragged into families' and neighbors' petty squabbles. It can be a stressful and sometimes thankless task.

But it just isn't unusually deadly or dangerous — and it’s safer today than ever before. The data do not justify the kinds of armor, weapons, insecurity, and paranoia being displayed by police across the country.

The Second Amendment to the US Constitution guarantees an individual’s right to keep and bear arms. But, remarkably, in many US cities, guns have been severely restricted or banned outright. Paradoxically, in these cities, gun violence can be higher. The fairest assessment is that there is no general relationship between gun control and violence abatement. Some studies have even found a positive relationship between open-carry laws and reduced crime.

The most remarkable statistic is that, since gun-related violence peaked in 1993, there has been an appreciable decline in gun violence ever since — all despite (or perhaps because of) significant national increases in gun ownership.

4. Concentrations of CO2 in the atmosphere will lead to catastrophic climate change.

It’s difficult to distill the topic of climate change into a graph. Indeed, I am not seeking to do that here. I am, however, pointing out an inconvenient truth: despite significant increases in carbon dioxide concentrations in the atmosphere, average global temperatures in the lower atmosphere have been virtually unchanged for more than 18 years.

What does this mean? At the very least, it means we should be dampening some of the climate-change hysteria, questioning the models that have predicted greater warming, and embracing a reasoned agnosticism about the issue until it’s better understood.

5. The rich are getting richer and the poor, poorer.

6. The air is getting dirtier due to more cars on the road.

In the United States, there are more than twice the vehicles on the road today than in 1980. Yet, the air quality has never been better. Remember pictures of Los Angeles in the 1980s? Smog. L.A. hasn’t seen that kind of filthy pea soup since Magnum PI.

In 2010, Paul Krugman wrote, “And those supplies aren’t keeping pace. Conventional oil production has been flat for four years; in that sense, at least, peak oil has arrived.”

Ever heard of Julian Simon? He’s the doomslayer who suggested we take any neo-Malthusian predictions of resource depletion with a grain of salt. Indeed, he suggested that because the human mind is the “ultimate resource,” resources would never run out. As long as there is a system of prices, property, and a profit motive, people will have incentives to conserve, innovate, or substitute. So what happened to peak oil? The Shale Revolution happened, just as Simon would have predicted. (Sorry, Professor Krugman.)

8. Our infrastructure is crumbling. 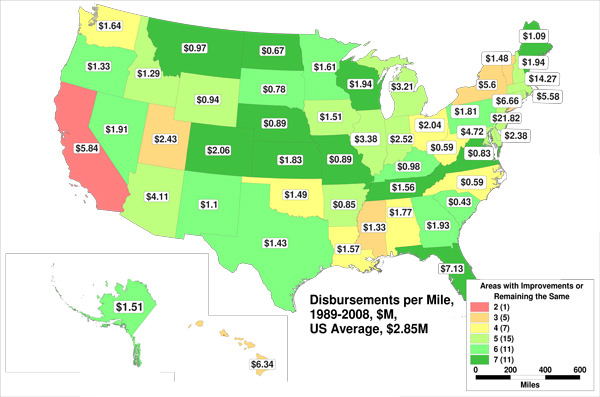 During the worst of the 2008 recession, one popular meme was that the nation’s infrastructure was “crumbling.” We were all to fear falling bridges and the general pothole-ification of America. Governments used such fearmongering to justify Keynesian stimulus policies through more taxpayer-funded investment in roads and bridges. But transportation analyst David Hartgen countered that false narrative right here in the pages of The Freeman.

9. The US health system ranks low among developed countries for health outcomes. 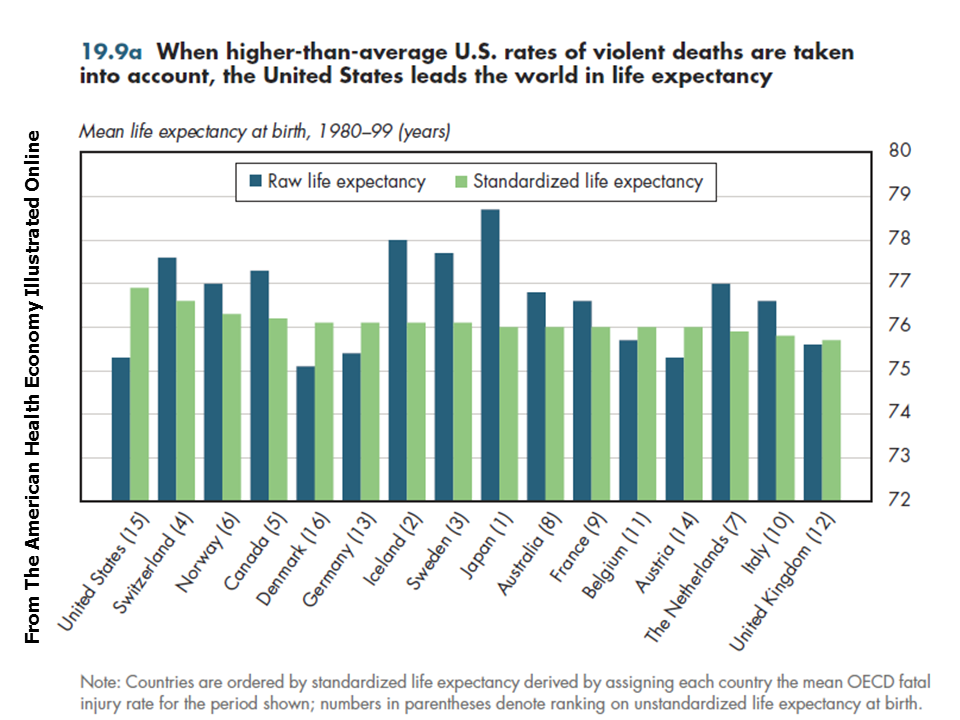 Not so fast. When one factors out deaths due to homicide and auto fatalities, the United States shoots to number one in health outcomes along a number of dimensions. Yes, health care is expensive. Yes, it’s convoluted. Yes, it’s corrupt — and it’s all thanks to political meddling. But the US health care system is still probably among the best in the world. Year after year, we hear that the schools are woefully underfunded. The streets run with crocodile tears. “If the schools had more resources,” education advocates cry, “American children would get a better education.” Each year, the schools get more resources. Another Taj Mahighschool goes up. Another football stadium gets built. Another administrator’s salary goes up. Another union boss enjoys champagne in a hot tub. And what happens to educational outcomes? Forty years on … no change.