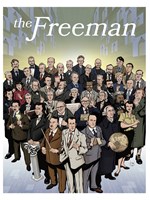 This is final issue of The Freeman, the illustrious publication that built the liberty movement in the United States and even the world. It is a fitting and brilliant tribute to the mighty intellectual work of the past, and the perfect launch to the new and exciting world of global digital distribution in the future. You could call it a “passing of the torch.” 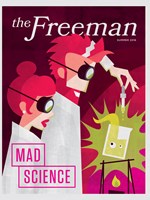 When you hear of some impending crisis that can only be solved by scientists working with public officials to force people into a new pattern that is contrary to their free will, there is reason to raise an eyebrow. Science is a process of discovery, not an end state, and its consensus of the moment should not be enshrined in the law and imposed at gunpoint. 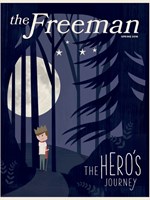 Humanity’s oldest stories follow the form: the lone individual in peril on behalf of his tribe. From the Hobbit to Harry Potter, from Star Wars to the Hunger Games, we see this pattern embedded in the structure of our favorite tales.