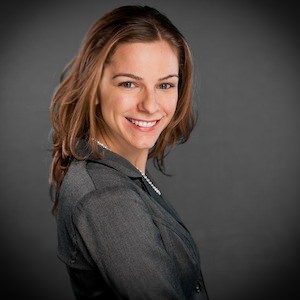 Ayn Rand said it best: “The smallest minority on Earth is the individual. Those who deny individual rights cannot claim to be defenders of minorities."

Individualism is one of the vital cornerstones of libertarianism. Libertarians should remain committed to maximizing freedom and opportunity for all individuals rather than playing identity politics and collectivizing people.

As cliché as it may sound, every single human being is unique. People of the same race, class, and gender may have some shared experiences, but they have plenty of differences as well. We all have diverse advantages, struggles, interests, life experiences, and so on. Libertarians, of all people, should respect that individuals don’t neatly fit into boxes. The wonderful thing about individualism is that each of us brings a new perspective.

The unfortunate aspect of the ongoing privilege discussion is that it seeks to put unique people into monolithic groups. All too often, it reduces people to the color of their skin or their body parts. If you don’t believe me, just search “white privilege” or “male privilege” on Tumblr.

One common argument you’ll find says that men in general enjoy more “privilege” than women. Which prompts the question: When are any two people exactly the same except for one variable? It is not feasible to control all variables other than gender—looks, intelligence, disabilities, experiences, health—in the real world. There are too many unique aspects that make up every person. These cannot be taken away.

Politicians often pander to women about “women’s issues.” But this rhetoric should be insulting to women, because the tack implies that all women have exactly the same set of opinions and should be treated as a bloc. Indeed, it implies that women only care about certain issues—usually related to sex and reproduction. In actuality, individuals who happen to be women are also concerned with government spending, taxation, the economy, and foreign policy. Are these “men’s issues” by default?

Libertarians (and all decent human beings!) should avoid making preconceived judgments about individuals based on superficial characteristics. This is not to say that generalizations and stereotypes are always wrong. People’s backgrounds and income status may make them more inclined to care more about certain issues than others. These traits can also increase the odds that they share certain cultural characteristics. But it’s impossible to know what someone cares about—or how “privileged” they are—just by looking at them, or having them fill in a government bubble sheet. It would be the height of arrogance to make certain kinds of assumptions about the struggles and successes a person faces in his or her daily life. But isn’t that what people concerned with privilege do? When you treat people as groups or statistics, you have to toss out local knowledge.

The sad part about the privilege discussion is that it often pits people against one another. It’s often designed to make people feel guilty about things over which they have little or no control. No one should be faulted for their race or gender—whatever it is. “Check your privilege,” a popular phrase used as a way to shut down meaningful discussion, is intended to do exactly that.

To be fair, some say that the phrase’s real meaning is to acknowledge that “there are certain things that you cannot know on the basis of who you are.”

F. A. Hayek called this the knowledge problem. This concept is nothing new to libertarian thought and tradition. The difference is that Hayek emphasizes individualism rather than group identification. In The Use of Knowledge in Society, Hayek wrote, “Every individual has some advantage over all others because he possesses unique information of which beneficial use might be made.”

So here’s the thing: No one truly knows what it is like to be another individual. We can and should empathize with others while recognizing that we have limited knowledge of what anyone else goes through on a daily basis. That’s just common sense and good manners.

Liberty is a universal idea that transcends race, class, and gender. Negativity and division are no way to attract more people to libertarian ideas. The great thing about libertarianism is that it offers something for everyone. We all have a common enemy in an oppressive state that restricts our ability to live our lives as we see fit.

Libertarianism is about increasing freedom for every single individual.

Libertarians want everyone to have the opportunity to achieve prosperity and happiness. We advocate for an environment that allows people to flourish and achieve their dreams. We want every child to be able to get a great education that prepares them to succeed in life. We want every person to have access to affordable and high quality health care.

Libertarians want every individual to be able to speak freely without fear of government persecution. We want everyone to be able to do anything consensual in their own bedrooms. We believe that people should be free to practice any religion they choose. We oppose individuals being thrown in jail for peaceful, victimless activity.

Economic and social freedom should resonate with every individual. An effective way to spread the message of liberty is to find out what someone cares about and then kindly explain how libertarian policies can benefit them. We should avoid making predetermined judgments about people based on their class, race, or gender. That is, after all, where we get the word "prejudice" from. Instead, libertarians should promote an inclusive philosophy that respects every single human being. Simply put, liberty is for everyone.