The following are cosponsors for this event:                 Ticket sales are now closed. Please register at the door. Day Pass: $100 for adults, Free for students. Come to sunny Naples, FL to see first-hand how we are inspiring, educating, and connecting the next generation of leaders. For the past two years, we have successfully hosted a Freedom Academy in Nap…

The following are cosponsors for this event: 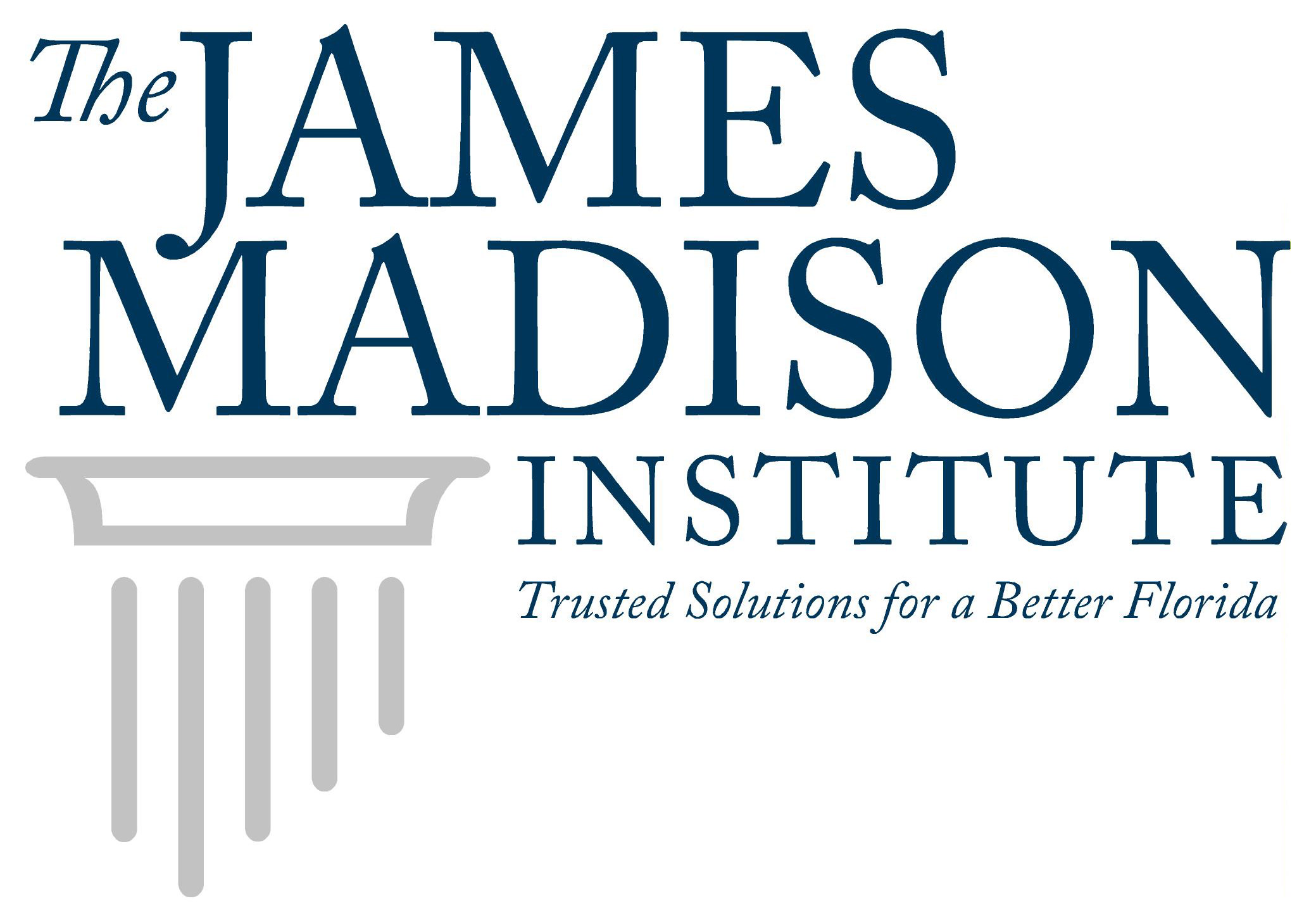 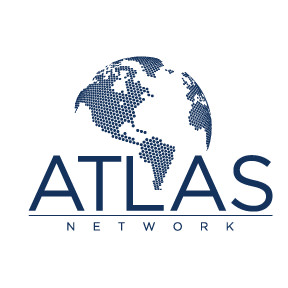 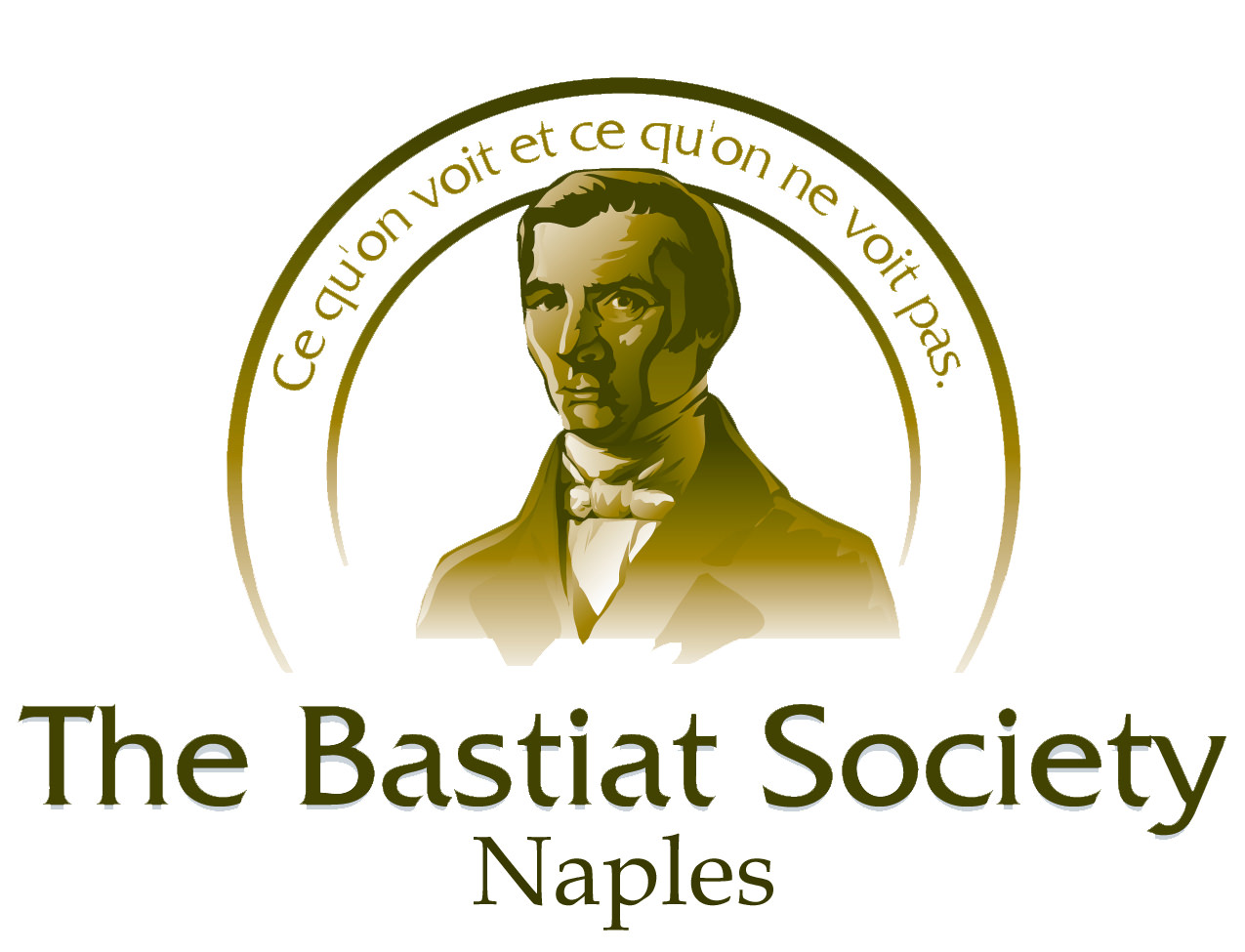 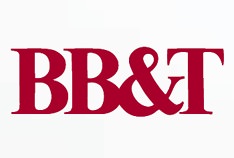 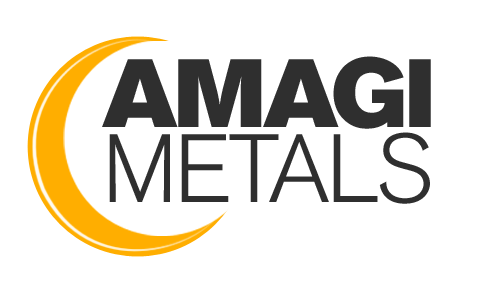 Ticket sales are now closed. Please register at the door.

Come to sunny Naples, FL to see first-hand how we are inspiring, educating, and connecting the next generation of leaders. For the past two years, we have successfully hosted a Freedom Academy in Naples, and we are building on that success by hosting our Inspire, Educate & Connect Summit in Naples on February 1, 2014!

First, experience a dynamic full-day of programming, designed for both students and adults as a live demonstration of the educational programming we conduct for 16-24 year-olds throughout the year. It is a packed day of exciting sessions that equip both adults and students with the foundational principles of freedom and entrepreneurship. Then, our first-ever Leonard E. Read Alumni Award Dinner will honor outstanding alumni from various fields. You will hear from them and meet other supporters and alumni from across the country.

You can also turn this into a vacation weekend for your entire family since the formal programing is only on Saturday. All of the programs will be appropriate for high school and college students, and the Ritz-Carlton offers various childcare options. We look forward to seeing you this winter in sunny Naples, Florida!

Note: The Leonard E. Read Alumni Award Dinner is sold out. Please register for a Day Pass to attend the sessions with our excellent lineup of speakers. You can put your name on a wait list for the dinner by emailing [email protected]

11:00 AM: The Greatest Myths in Economic History - Jack Chambless 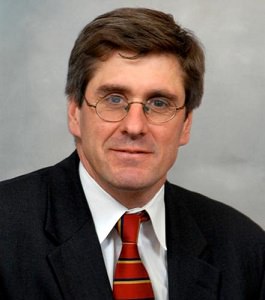 Stephen has been a frequent contributor to the Journal over the years, and is previously known as the founder and former president of the Club for Growth, which raises money for political candidates who favor free-market economic policies. He left that position in 2004. Just prior to coming to the Journal, Stephen was president of a new organization, the Free Enterprise Fund.
Over the years Stephen has served as a senior economist on the Congressional Joint Economic Committee, as a budget expert for the Heritage Foundation and as a senior economics fellow at the Cato Institute, where he published dozens of studies on federal and state tax and budget policy. He was a consultant to the National Economic Commission in l987, and research director for President Reagan's Commission on Privatization.
Stephen is the author of five books, most recently, Bullish on Bush: How the Ownership Society Is Making America Richer. He graduated from the University of Illinois and holds a masters degree in economics from George Mason University.

Brad Birzer is the Russell Amos Kirk Chair in History and Director of the American Studies Program at Hillsdale College. He completed his undergraduate work at Notre Dame, and his Ph.D. at Indiana University-Bloomington. He has authored many books, including The American Democrat and Other Political Writings, The Augustinian Life and Mind of Christopher Dawson, and J.R.R. Tolkien’s Sanctifying Myth: Understanding Middle-earth. 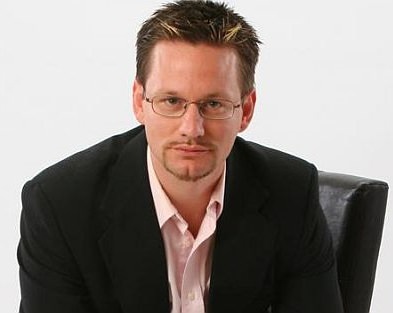 Max Borders is editor of The Freeman magazine and director of content for FEE. He is also author of Superwealth: Why we should stop worrying about the gap between rich and poor. A writer and innovator with a decade of experience in the non-profit world, Max works daily towards a condition of peace, freedom and abundance for all people. 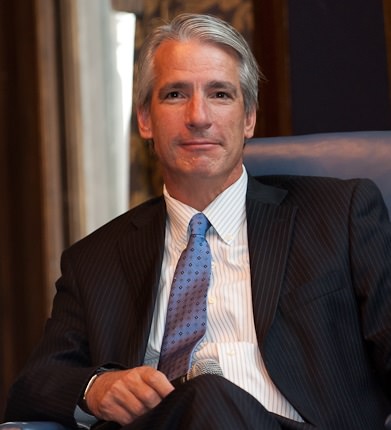 John Tillman is one of the nation’s most prominent leaders of a state-based think tank. As CEO of the Illinois Policy Institute, he has transformed what many wrote off as a blue state into a place ripe for free market reform. John also is the founder of the Great Communicators Foundation, a national organization dedicated to helping advocates for liberty make the moral case in public policy debates.

John’s success has become a model for liberty-based organizations across the country. John is frequently asked to consult with other nonprofit, free market organizations on marketing and organizational strategy.

In 2011, John won the prestigious Roe Award for his leadership, innovation and accomplishments in the world of public policy. This annual award pays tribute to those in the state public policy movement whose achievements have greatly advanced the free market philosophy.

John is regularly featured in the media, and has appeared on FOX News Channel, FOX Business, the BBC and NPR, as well as in The Wall Street Journal and the Washington Times and other news outlets. 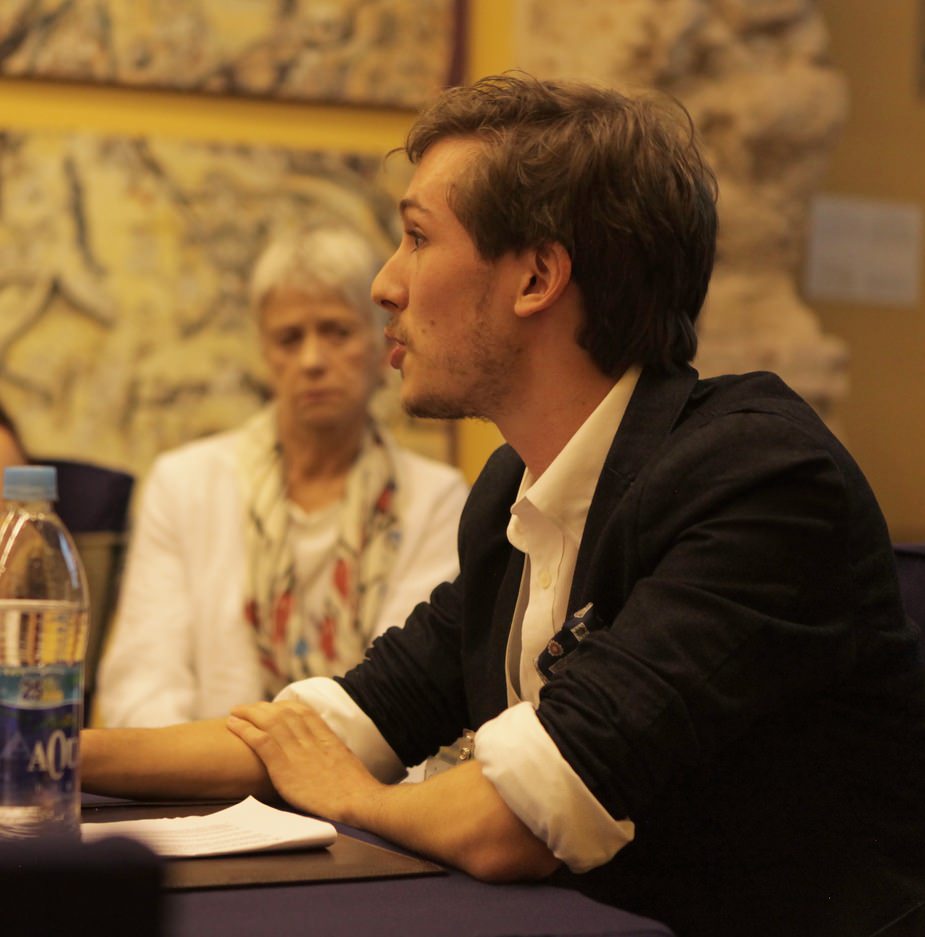 Zachary Caceres is the Executive Director of the Startup Cities Institute at UFM and editor of Radical Social Entrepreneurs. He is also a member of the FEE Alumni Board. 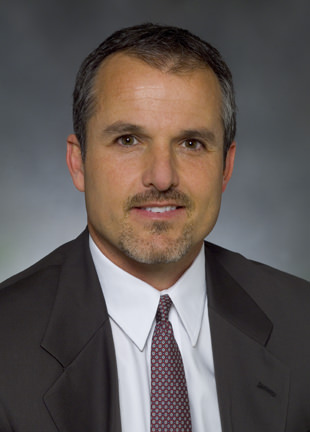 Jack A. Chambless is a professor of economics at Valencia College in Orlando, Florida where he served as the Patricia Whalen Chair in Social Science in 1999 and 2004. In addition to teaching Principles of Micro and Macroeconomics he has also taught honors courses in economics and special topics courses entitled “Biological Economics” and “Oil, Economics and Terrorism.”

He is a frequent contributor to the Op-Ed page of The Orlando Sentinel and has had his work published in The Wall Street Journal, The University of Miami Law Review, The Public Utilities Fortnightly, Orlando Magazine and many other domestic publications. His research has been cited in The Wall Street Journal, USA Today, U.S. News & World Report, Reason Magazine, The Foreign Press Review, The Atlanta Journal & Constitution, The Detroit News, The British Caledonian Press and many other foreign and domestic publications. 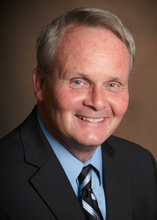 Lawrence W. (“Larry”) Reed became president of FEE in 2008. Prior to that, he was a founder and president for twenty years of the Mackinac Center for Public Policy in Midland, Michigan. He also taught Economics full-time and chaired the Department of Economics at Northwood University in Michigan from 1977 to 1984.

A champion for liberty, Reed has authored over 1,000 newspaper columns and articles, dozens of articles in magazines and journals in the U. S. and abroad. His writings have appeared in The Wall Street Journal, Christian Science Monitor, USA Today, Baltimore Sun, Detroit News and Detroit Free Press, among many others. He has authored or co-authored five books, the most recent ones being “A Republic—If We Can Keep It” and “Striking the Root: Essays on Liberty.” He is frequently interviewed on radio talk shows and has appeared as a guest on numerous television programs, including those anchored by Judge Andrew Napolitano and John Stossel on FOX Business News.

Reed has delivered at least 75 speeches annually in the past 30 years—in virtually every state and dozens of countries from Bulgaria to China to Bolivia. His best-known lectures include “Seven Principles of Sound Policy” and “Great Myths of the Great Depression”—both of which have been translated into more than a dozen languages and distributed worldwide.

His interests in political and economic affairs have taken him as a freelance journalist to 81 countries on six continents. He is a member of the prestigious Mont Pelerin Society and an advisor to numerous organizations around the world. He served for 15 years as a member of the board (and one term as president) of the State Policy Network. His numerous recognitions include the “Champion of Freedom” award from the Mackinac Center for Public Policy and the “Distinguished Alumni” award from Grove City College.

He is a native of Pennsylvania and a 30-year resident of Michigan, and now resides in Newnan, Georgia. 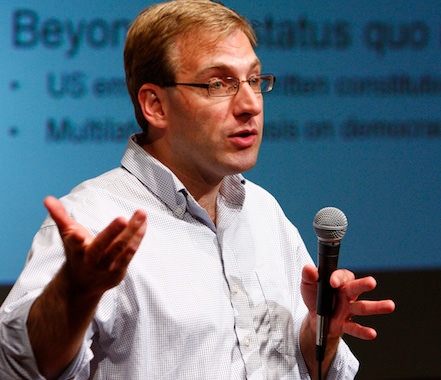 Nikolai G. Wenzel is Visiting Assistant Professor of Economics at Florida Gulf Coast University and a Research Fellow at the University of Paris Law School, Center for Institutional Economics; he previously held the Wallace and Marion Reemelin Chair in Free-Market Economics at Hillsdale College. He has a Ph.D. in economics from George Mason University (where he was an H.B. Earhart fellow) and a BSFS cum laude in international affairs from the School of Foreign Service at Georgetown University. Dr. Wenzel is a former Foreign Service Officer with the US State Department; for two years, he worked at the US Embassy in Mexico City, where he was vice consul and special assistant to the US ambassador. He subsequently worked for various Washington, DC-area think tanks, including the Atlas Economic Research Foundation, the Mercatus Center, and the Institute for Humane Studies, while completing his doctoral coursework. Dr. Wenzel is a member of the Mont Pelerin Society; he sits on the Executive Committee of the Association of Private Enterprise Education and the Board of Scholars of the Foundation for Economic Education.  He has published twenty articles and book chapters, and is finishing a book manuscript on the libertarian-conservative debate. When not writing on political economy, Dr. Wenzel dabbles in wine economics, as a member of the American Associate of Wine Economists. 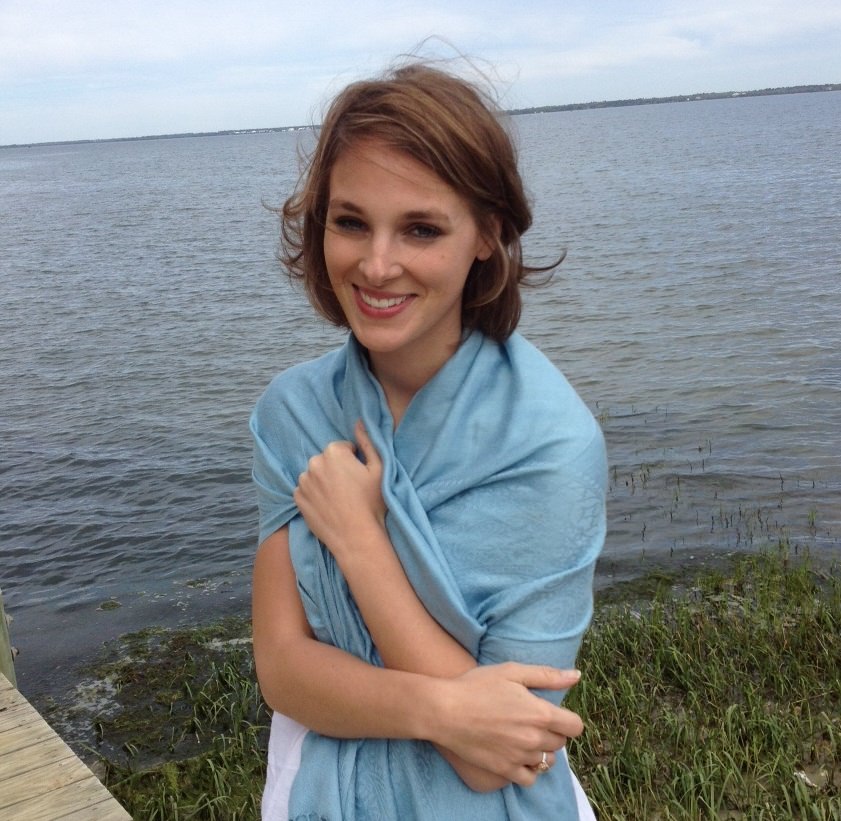 Maggie Woodlief is the Associate Director of Development for the Lucy Burns Institute, a group dedicated to equipping citizens with the information they need to hold their elected officials accountable at every level of government. She is grateful to FEE for providing her with a copy of Bastiat’s The Law, which formed the underpinnings of her economic philosophy from an early age.