Why Do Banks Keep Going Bankrupt?

Moral Hazard, Regulation, and a Century of Systemic Bank Insolvency

Why the banking industry is so vulnerable to bankruptcies and what can be done to correct this problem?

Debt to assets, or leverage, ratios vary significantly from industry to industry. They are typically under ten percent in most high tech industries and go up to forty percent for public utilities. Average debt ratios in the banking and financial services industry are in the fifty to seventy percent range, however, and many banks have much higher leverage ratios.

Firms attempt to minimize their total financing costs or Working Average Cost of Capital (WACC). The component costs of capital (cost of debt and cost of equity) are determined by investors’ perceptions of the risk and return possibilities associated with buying debt or equity in a given company or individual.

A credit card loan has a higher interest rate than a home loan because the credit card loan is riskier—i.e. there are no assets to seize if the money is not paid back. Similarly, a high-risk company normally pays a higher interest rate on its debt than a lower-risk company and increasing leverage is normally associated with increasing risk. Due to deposit insurance, however, this isn't the case with banks.

Since depositors believe that their bank accounts are insured by governments, they do not generally know or care how much risk banks incur when they invest their depositors' money. This creates a moral hazard problem with very little oversight by depositors of a bank’s management of their assets. Bank managers can take a lot of risk and, if they make profits, they keep the money. If they lose money, the taxpayers pay for the losses. In theory, this moral hazard problem is mitigated by subordinated debt, investors with deposits over the deposit insurance limit, and banking regulations. But these approaches are clearly not working.

In a series of agreements called the Basel Accords, the Basel Committee on Bank Supervision (BCBS) provides certain recommendations on banking regulations in regards to capital risk, market risk and operational risk. The purpose of these accords is to ensure financial institutions have enough capital to meet their obligations. The Tier I and Tier II capital controls of the Basel Agreements are supposed to prevent banks from taking too much risk with depositors’ assets. Tier 1 capital consists largely of shareholders' equity. Tier 2 capital comprises undisclosed reserves, revaluation reserves, general provisions, hybrid instruments and subordinated debt.

The capital ratios are:

The leverage ratios allowed under the Basel agreements are far higher than the typical leverag ratios in most industries and are far higher than would exist in a free-market financial system. Under a free-market system, depositors would not put their money in overly-leveraged banks and banks would be forced to decrease their leverage ratios and behave more like mutual or money market funds. Banks would be less likely to use short-term liabilities (deposits) to fund long-term assets (loans).

Massive bank leverage would not create as much instability if the money supply was stable as in the 1800s under the gold standard. Under the current debt-is-money system, inflation and interest rates can vary wildly from year to year. The Savings and Loan Associations (S&Ls) made many low interest 30-year fixed rate home loans when inflation was low in the 1960s—five percent interest rate loans were typical. As inflation increased, the S&Ls still had these long-term home loans on their books, but the market now demanded higher interest rates on deposits (eighteen percent at times). The interest rates that many savings and loans were receiving on their assets (30-year fixed rate loans) were much lower than the interest rates the same S&Ls were paying on their liabilities (deposits). This duration mismatch resulted in the mass insolvency of the Savings and Loan Industry and a bailout of the S&Ls by the American tax payers exceeding $100 billion.

The banking defaults of the Great Recession (2007 to present) were also caused by unstable interest rates combined with high leverage. The Federal Reserve lowered rates in the early 2000s to stimulate the economy after the bursting of the dot.com bubble. This resulted in many people borrowing money at very low interest rates to buy homes. Then the Federal Reserve raised interest rates and many people were no longer able to make their home payments. Again the result was massive bank insolvency and a substantial decrease in home values. Another huge taxpayer -funded bailout of the banking system followed, and the Federal Reserve has been printing money ever since, trying to stimulate the economy in the wake of yet another bubble it created.  The disbursements associated with placing into conservatorship government sponsored enterprises Fannie Mae and Freddie Mac by the U.S. Treasury, the Troubled Asset Relief Program (TARP), and the Federal Reserve’s Maiden Lane Transactions are probably around $400 billion. How much of these disbursements will be paid back is currently unclear.

During the recent crises in Cyprus, proposals were seriously considered to ignore the 100,000 EUR deposit insurance and seize a fraction of even small depositors’ money. Most depositors lost access to their accounts for over a week and large depositors are still likely to lose a large fraction of their assets. This crisis has made some depositors more likely to pay attention to the solvency of their banks, but most depositors still believe that deposit insurance will cover any possible losses. If banks are to become more stable, the amount of equity relative to debt in the banking system must be drastically increased to something resembling what it would be without government deposit insurance, central bank subsidies, and treasury bailouts. Given the lobbying power of bankers in Washington, DC and around the word, such is unlikely to occur. The boom-bust cycle of banking bubbles followed by banking crises will most surely continue.

For further reading on this topic see this from The Freeman. 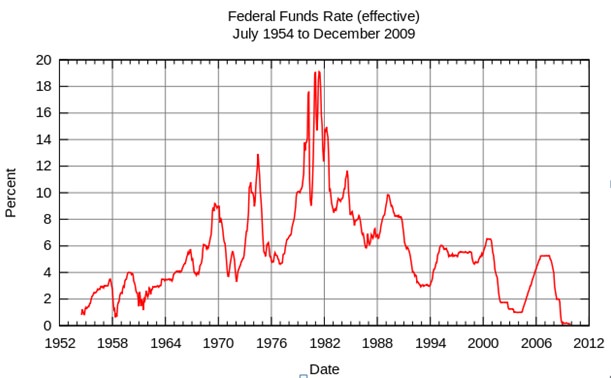 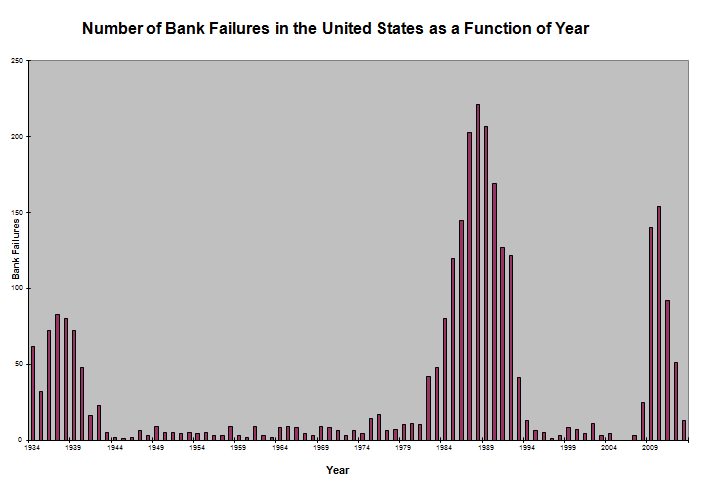 Kirby R. Cundiff, Ph.D., CFA, CFP® is Chair of Accounting and Financial Management at the Graduate School of the University of Maryland University College. He was formally Chair of Business Administration of the Rochester Institute of Technology Dubai, UAE campus.