What Money Can't Buy: The Moral Limits of Markets 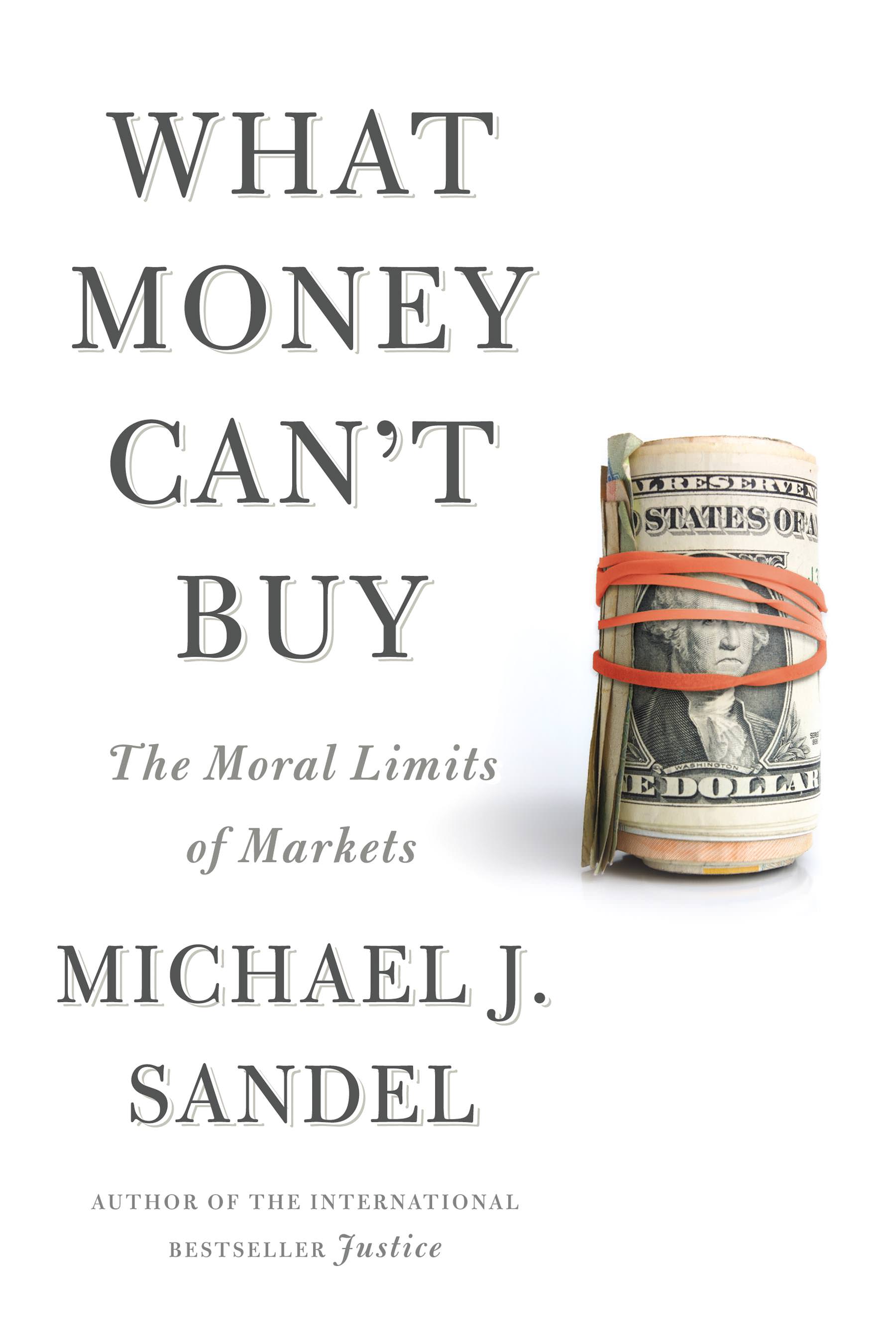 Space doesn’t permit me to discuss the dozens of examples Michael Sandel uses to convince the reader that markets are crowding out “nonmarket values worth caring about.” So I confine myself here to a concern I have with only a few of his examples in What Money Can’t Buy.

Consider tradable pollution permits. Although Sandel says he was originally against tradable pollution permits, he tells us that he has since “reconsidered his views . . . to some extent." He still worries, however, that "a global market in the right to pollute may make it harder to cultivate the habits of restraint and shared sacrifice that a responsible environmental ethic requires." This leads Sandel to make an interesting distinction, though one he applies in a way that reflects my overall concern with his examples.

The distinction is one between fees and fines. According to Sandel, a fee doesn’t reflect moral disapproval, although fines do. He illustrates this difference with an example of childcare centers in Israel that tried to encourage parents to pick their children up before closing time by charging them for being late. The counterintuitive result was that more parents showed up late. Sandel’s explanation is that the parents saw the late charge as a fee rather than a fine. Such a system allowed them to pay teachers for working longer without feeling guilty about the inconvenience imposed.

This explanation is reasonable as far as it goes, but it doesn’t go far enough.

From the standpoint of mere economics, the most obvious point is the late charge was probably too low. Fees, or prices—whatever you want to call them—work properly only when they reflect the cost of providing the services being purchased. There would have been no problem with late pickups if the charge had covered the cost imposed. Parents would still arrive late, some later and more frequently than others—but only when they valued being late at least as much as the cost being imposed onto others.

The subtler problem with the late charge in this case is one Sandel does not consider completely.

The late charge may indeed have been a mistake for the childcare centers, even if it had covered all of the cost, because it changed the way parents related to the teachers. The relationship between a childcare center and the parents they serve is far more personal than one that exists between, say, a car-rental outlet (which has always had late charges) and its customers. To remain in business, a childcare center has to charge for its services. But childcare providers must also convey a sense of personal concern for the parents’ children. That goodwill for the center will surely be more valuable than a few extra dollars received from late charges. Indeed, late charges are likely to erode that goodwill, which is probably why they were (one can assume) quickly dropped.

Indeed, your mother-in-law might be deeply offended if you offered her $200 for the wonderful meal she prepared for you and your family, because she values being appreciated for the love and generosity she has for your family far more than any monetary value of the meal. This is clearly a situation in which Sandel is correct: Monetary payments can reduce the value realized from an exchange. And this finding might also apply, though to a lesser degree, to the childcare example.

The problem with Sandel’s discussion of pollution permits and other examples, however, is that he sees them as supporting his contention that impersonal exchanges of the market are increasingly crowding out cooperation based on mutual understanding and shared sacrifice—even though many of his examples involve large numbers of widely dispersed people who can hardly enjoy personal relationships with one another, much less close ones. Recall Sandel’s worry that a global market in pollution rights might undermine the “shared sacrifice” needed for a responsible environmental ethic. Markets are the only possible way to motivate billions of people to share in the sacrifice of reducing global pollution in a way that maximizes the reduction for the sacrifice incurred. (And that’s only if one agrees with the economic claim that a global carbon market is likely to mitigate climate change).

Does Sandel really think that extending the morality of the family over large populations can replace the cooperation of the marketplace? One might think this result unlikely until we encounter Sandel’s criticism of Sir Dennis Robertson. The latter thinks a major advantage of markets is that they “economize on love.” That is to say, the market does most of the heavy lifting and allows us to be loving and altruistic where it counts most: closer to home. Sandel dismisses Robertson's argument by saying it "ignores the possibility that our capacity for love and benevolence is not depleted with use but enlarged with practice."

This response ignores the difference between the depth and breadth of love. And Sandel never indicates any recognition that, even if each of us could love deeply many millions of others, the resultant social cooperation he is hoping for still couldn’t be realized without the information only market prices can provide. (I’ll pass over the problem that it’s hard to love anyone via any coercive state monopoly.)

Allow me to close by complimenting Sandel on writing a book that is sure to be widely read and appreciated. He has taken a position with which almost everyone superficially agrees and supported it with easy-to-understand arguments and examples (despite the failure of many of those examples). Many readers will be left with the impression that they have had a profound intellectual experience.