There's a Due Process Problem with Homeschool Regulations

At over two million young people, the number of US homeschoolers is comparable to the number of US students enrolled in public charter schools, and it is now considered a worthwhile education option for many families.

US students are lagging far behind their peers in other nations on international comparison tests.

Recent efforts to tighten homeschooling regulations have been spotlighted in New Hampshire and Iowa, and homeschoolers in the United Kingdom are now dealing with mounting pressure to make their homeschooling laws more restrictive.

An underlying theme in these calls for regulating homeschoolers is that parents can’t be trusted and government knows best. Considering the fact that US students are lagging far behind their peers in other nations on international comparison tests, and the National Center for Education Statistics reports that only 14% of African-American eighth graders are proficient readers – while homeschooling students continue to outrank their schooled peers in academic performance – we should wonder who really knows best how to educate kids.

Homeschooling opponents will often cite rare examples of abuse or neglect of parents who claimed to be homeschooling, and who were often already known to social services agencies, as a rationale for restricting homeschoolers’ freedoms. The vast majority of homeschooling parents are overly attentive to their children’s education and well-being, which may be a primary reason they chose to homeschool in the first place. Sending their kids to school would be the easy path.

The biggest problem with the often-cavalier way citizens and lawmakers suggest regulating homeschoolers – who receive no public money but still pay local property taxes to fund schools –  is that it is an invasion of privacy and a violation of due process. It assumes parents must be monitored for the good of others, and that they are guilty unless proven otherwise. Deep down, these efforts to restrict homeschooling freedoms are driven by fear. There is fear of the unfamiliar and fear for others’ safety and well-being.

Calls to regulate homeschoolers originate from fear of who they are and what they do.

Fear of the unfamiliar and fear for others’ safety have previously led us down disturbing paths as a nation. We fear what we don’t know and can’t control. Calls to regulate homeschoolers – often by tying them to a standardized schooled framework with frequent monitoring – originate from fear of who they are and what they do. Eroding the liberties of an entire group out of an unfounded fear of a few bad apples steadily chips away at the fabric of a free society.

“If the homeschoolers are doing everything right, then they won’t mind some oversight,” is a common refrain from regulation advocates. But that is like saying, if I have nothing to hide it’s okay for the government to listen to my phone calls and read my emails. It’s a breach of privacy and an inappropriate use of state power.

We can’t always protect all of our citizens from harm, but we can be aware when trying to protect them may do more harm than good. A free society depends on liberty and choice and freedom from government intervention. Instead of regulating the unfamiliar, we should seek to understand, tolerate, and perhaps learn from what it may teach us. 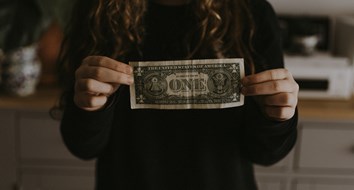