The Artists Who Are Challenging The Education Status Quo

Children’s creativity and competence grows when they were allowed to drive their own learning while being supported by adults.

Photo by Alice Achterhof on Unsplash

On a recent weekday morning, the first floor of Tiffany Pierce’s home in Queens, New York, was abuzz with activity. Six children, ranging in age from five to 12, were making art, learning about mathematical asymmetry and digging deep into topics ranging from geography to science. Pierce runs an art-inspired, micro-learning homeschool co-op, bringing together local families who want a more personalized approach to education for their children. Together, the families hired a teacher four days a week to craft an inviting and intellectually-engaging learning environment, while Pierce volunteers her space and support.

An artist with a master’s degree in teaching and prior classroom experience, Pierce was thoughtful about her son, Liam’s, education. He went to a small, private preschool nearby,Artists have historically played a crucial role in challenging dominant systems and inspiring change. but when Pierce sent Liam to a public school for kindergarten, she realized it wasn’t a good fit for him. “It was a high-performing school,” Pierce recalls, “but when I visited I saw his back turned and him just looking out the window. His affect was so low, his confidence was shot, he didn’t want to play. I knew it wasn’t just kindergarten blues. This wasn’t his fit. Then he said: ‘Mommy, will you teach me at home?’”

The timing was right, as Pierce happened to be between jobs and she and Liam’s dad thought they would give homeschooling a try. “We like the freedom of choices and options,” says Pierce. “We like to have a say in how our child operates. This person is so precious to us.” In the beginning, says Pierce, she simply replicated school at home and it became a power struggle between getting her son to do things and him resisting. She was also busy running art classes and doing graphic design work for various clients.

Pierce knew she needed a different model and began posting to neighborhood Facebook groups about launching a co-op out of her home. The response was positive, with many parents expressing interest in alternative learning options for their children. Today, eight-year-old Liam learns with other children in the co-op, along with his mother and their teacher, Mary-Lynn Galindo, who provide structure while emphasizing self-directed learning and ample outside time. According to Pierce:

Homeschooling, micro-learning and co-teaching as a small neighborhood-based co-op allows for us to be fully involved with our kids’ learning experience and we weave it through our neighborhood, community, borough and city.

Pierce sees hybrid homeschooling models and the larger micro-school movement as a harbinger of education innovation: “I see us moving towards education that is self-directed,” she says. “Education does not have to be seen as coming from four walls in a conventional, traditional way.” To that end, she launched a mobile arts studio and is working on purchasing an art bus, to help others to view art and education differently. Inspired by the Harlem Renaissance, and in particular the Harlem Community Arts Center that sprouted from it and nurtured African American artistic talent during the late-1930s and early 1940s, Pierce envisions her mobile studio as a modern off-shoot of the center.

It is my mission for the mobile arts studio to serve as a 21st century version of a neighborhood-based arts studio where art is mobile and meets children and adults where they are to create, express and connect,

she says. In art, education and the intersection of the two, Pierce is looking to challenge longstanding conventional settings and practices and design something new.

Designing something new is also what drives Gabriel Valles, a professional artist and entrepreneur in Austin, Texas who runs an art apprenticeship studio. Like Pierce, Valles homeschools his children and works closely with other local homeschoolers, while building an innovative art education model. He also began his homeschooling journey by trying to replicate school-at-home and witnessing how coercion had a detrimental effect on his children’s learning and their family relationships. By granting his children more autonomy and opportunity for self-direction, their learning flourished. His older son, now 15, has a passion for stop motion animation and has a successful YouTube channel with over 50,000 subscribers and almost 32 million views.

As Valles observed how his children’s creativity and competence grew when they were allowed to drive their own learning while being supported by adults, he decided to launch an art studio, MentorWings, that would run on a self-directed apprenticeship model for aspiring young artists. “Our program is principle-based and self-directed,” says Valles.

Students come in with their particular interest, such as superheroes, anime, fantasy art or cartooning, and we meet them where they are. There is no curriculum. Instead we focus on building upon foundational art principles, such as shape, form, design and color.

Valles sees how young people quickly build their skills, and become highly competent, doing college or professional-level work as teenagers. “We need to give kids more credit than we’re giving them and acknowledge that they can be doing real-world work before or instead of college,” says Valles. He says that art school is too expensive and often doesn’t lead to the kind of career in-roads that can result in fulfilling work.

This work is increasingly in-demand, says Valles, as digital content development and marketing become ubiquitous and new mediums emerge. “I am trying to make it less expensive to attain professional-level competence and also build bridges into the industry,” says Valles. He has established an endorsement system for young artists based on their portfolios that can provide an alternative signaling mechanism for employers.

That endorsement versus a general degree really means a lot. It doesn’t guarantee a job, but it shows confidence in a particular student and becomes a much more powerful signal to the people who are hiring,

Artists have historically played a crucial role in challenging dominant systems and inspiring change. It’s not surprising that today some of them are building unconventional education models and imagining new possibilities for learning. As Valles says:

My passion is experimenting and inventing things. Art is just the medium that I do that through. Creating educational structures that are a little more just for kids is the problem I am really trying to address.

This article is republished with permission from Forbes. 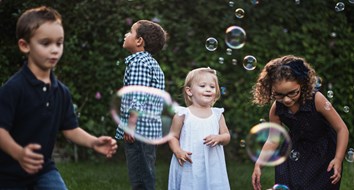 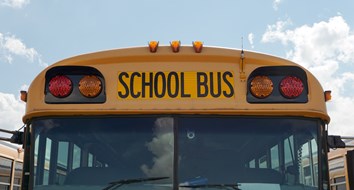