And it wasn't because of the war 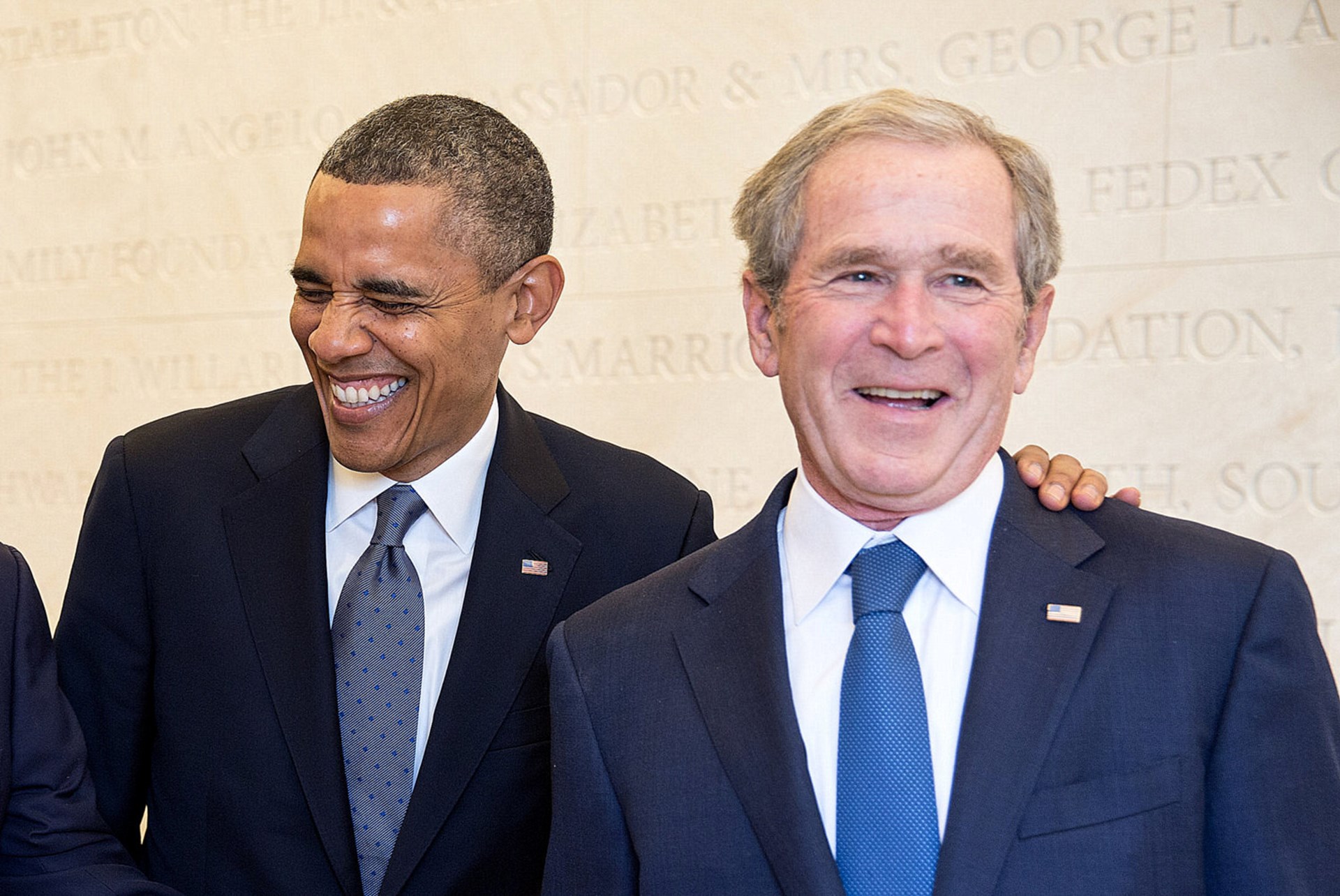 President Obama’s new budget includes a table showing the number of executive branch civilian employees the administration expects to have in 2017. With that, we can compare the growth in federal government employment over eight years of Obama (2009 to 2017) to eight years of President George W. Bush (2001 to 2009).

Overall since 2001, federal civilian employment has increased by 399,000 workers, which is like a mid-sized city populated entirely by bureaucrats.

Perhaps the Bush increase stemmed from the build-up of Pentagon civilians to support the president’s war efforts? No, that was not it. The bars on the right show that the nondefense workforce grew 17.2 percent under Bush and 10.1 percent under Obama.

If the next president wants to save some money, he or she should consider that the extra 399,000 workers since 2001 are costing taxpayers about $120,000 each in wages and benefits—that’s about $48 billion a year. 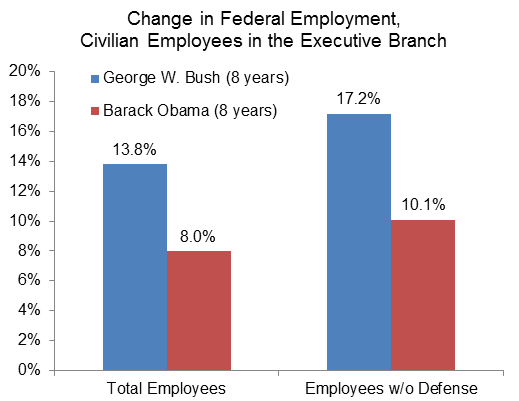