American Residence Is the Most Powerful Anti-Extremism Program

Preventing potential allies from coming to the United States is no way to win this fight. 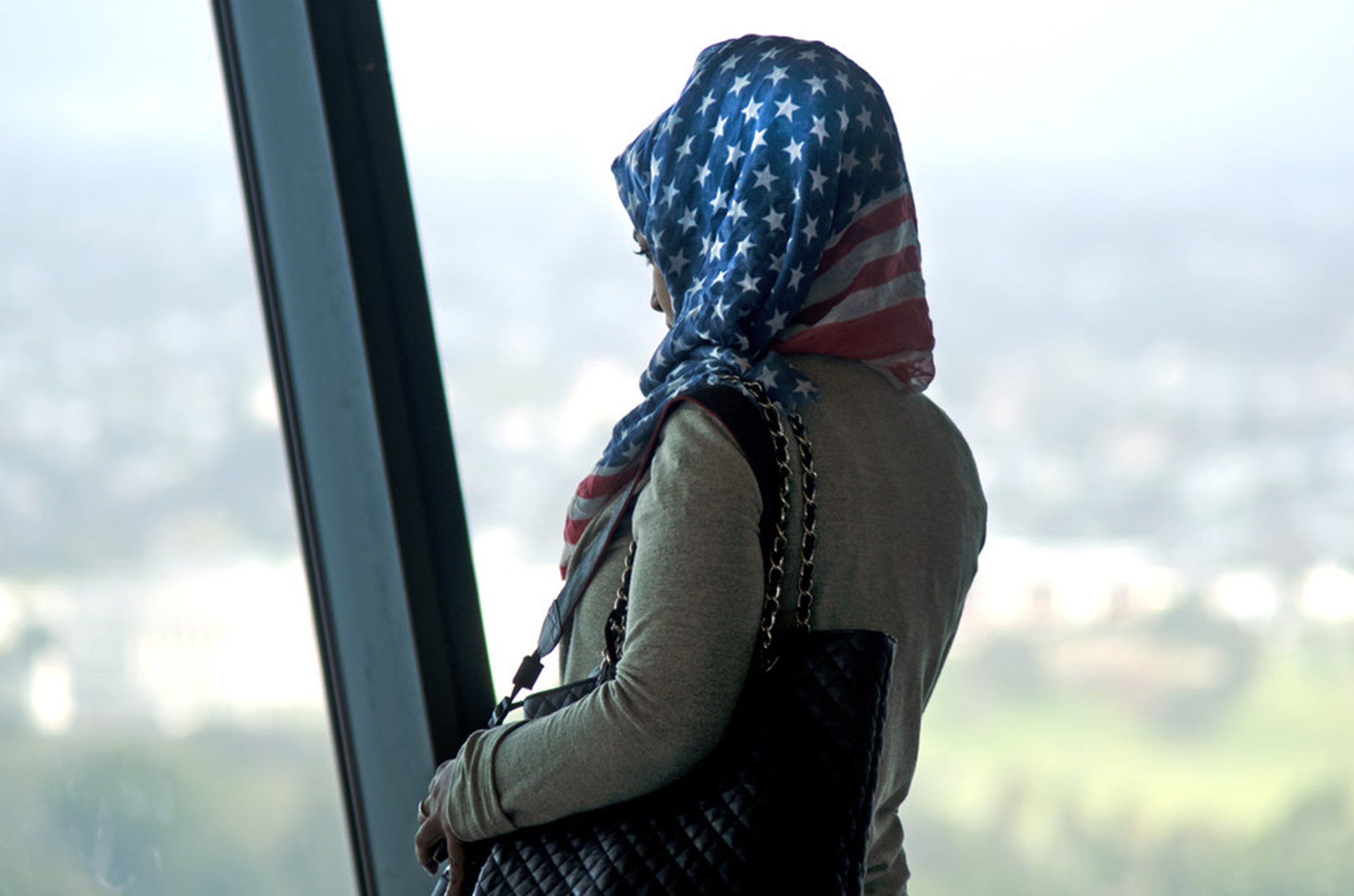 During his inaugural address, Donald Trump vowed to “completely eradicate” radical Islamic terrorism. Today, in its first moves intended to do that, the administration acknowledged its plans for a complete ban on immigrants and refugees from several majority Muslim countries, including Syria, Iraq, Iran, Libya, Somalia, Sudan and Yemen. Yet the new policy will work contrary to its goal. U.S. Muslim immigration is reducing radical Islamism and anti-Americanism around the world.

55 percent of US Muslims believe that the Quran should not be a source for legislation, compared to just 15 percent elsewhere.

For President Trump to fulfill his promise, America will need to do more than kill terrorists and arrest their collaborators. It will need to change the minds of many Muslims around the world about America and its institutions. Immigration is the best—perhaps the only—way that it can do this, and right now, U.S. Muslim immigration is reforming the religion, creating a new cohort of liberal Muslims able to combat Islamist arguments.

This process of assimilation is actually accelerating as Muslim immigration to the United States has peaked. More immigration is not impeding integration. From 2007 to 2014, the share of U.S. Muslims who agree not just that homosexuality should be legal, but that it is “morally acceptable” rose from 27 percent to 45 percent. Pew also documents an 8 percent decline—from 50 percent to 42 percent—in the share of U.S. Muslims who believe that the Quran should be interpreted “literally.”

These facts show that Americans as individuals are good at changing people’s minds. One Syrian refugee and her husband were resettled in Las Vegas—not really known as a haven for religious Muslims. “We had to Google it,” she told the Las Vegas Sun. “We read about its image as a sin city.” But even in the midst of the most extremely socially liberal environment in America, they were quickly won over. “When we came here, we liked it,” she said.

America’s socially tolerant Muslims also reflect the fact that many Muslims who want to come to the United States are prone to accept our way of life from the start. “I immigrated to the U.S. and left my family and home because of my freedom,” one Syrian who escaped to Nashville said. “I also wanted to ensure such freedom is protected, not only for my children but also for everyone else. I strongly believe in the U.S. Constitution and will fight to protect it, period! Everyone in my community felt the same way.”

These warm feelings about the United States and religious freedom are being transmitted to families and friends around the world. “I want to keep painting the image to all of my family and friends about the goodness of the American people,” Marwan Batman told the Indy Star. “I wish other refugees would be able to come and experience the same things we have experienced … to find the same happiness we have found here.”

This pattern is replicated repeatedly across the United States, where almost 20,000 Syrian refugees have come. “I didn’t know anything about Memphis,” one Syrian refugee told his local paper early last year. “The people have been excellent.” He wants everyone to know. “When I talk to my family they ask, ‘How is the treatment of Americans,’ and I say ‘it’s wonderful,’” he explained.

America has changed a major world religion before. During the 19th and early 20th centuries, as Catholic immigrants poured in, its popes repeatedly condemned religious freedom as an anti-Catholic idea. Americans raised the alarm about this “invasion” of illiberal immigrants who operated their own schools and lived in separate neighborhoods.

To “eradicate” radical Islamic terrorism, Trump will need many more allies than he has now.

Yet it was this wave of immigration that changed the Church. Just after America elected its first Catholic president who vowed to fiercely defend the separation of Church and State, the Church evolved its view, pointing to liberal democracies as proof that freedom of conscience worked. American theologian John Courtney Murray even drafted its statement on religious liberty and convinced the Second Vatican Council to accept it in 1965.

Something similar is already underway in a much smaller way among the 3 million U.S. Muslims. But for this movement to change Islam worldwide, there will need to be many more U.S. Muslims. Right now, they make up just 1 percent of the U.S. population, while Catholics represented a quarter in 1965.

Rejecting Muslims from this part of the world will not make us safer. To “eradicate” radical Islamic terrorism completely, Trump will need more than just bombs and “extreme vetting.” He will need to convince many millions of people that freedom of religion and tolerance is better than jihad. He will need many more allies than he has now. Preventing potential allies from coming to the United States is no way to win this fight.