After the Welfare State

You’re at a cocktail party. You strike up a conversation with a stranger, and if you’re liberty-minded or concerned with economics, you might express skepticism about the viability of the current welfare state. Thanks to U.S. entitlement programs, unfunded liabilities threaten a fiscal tsunami. 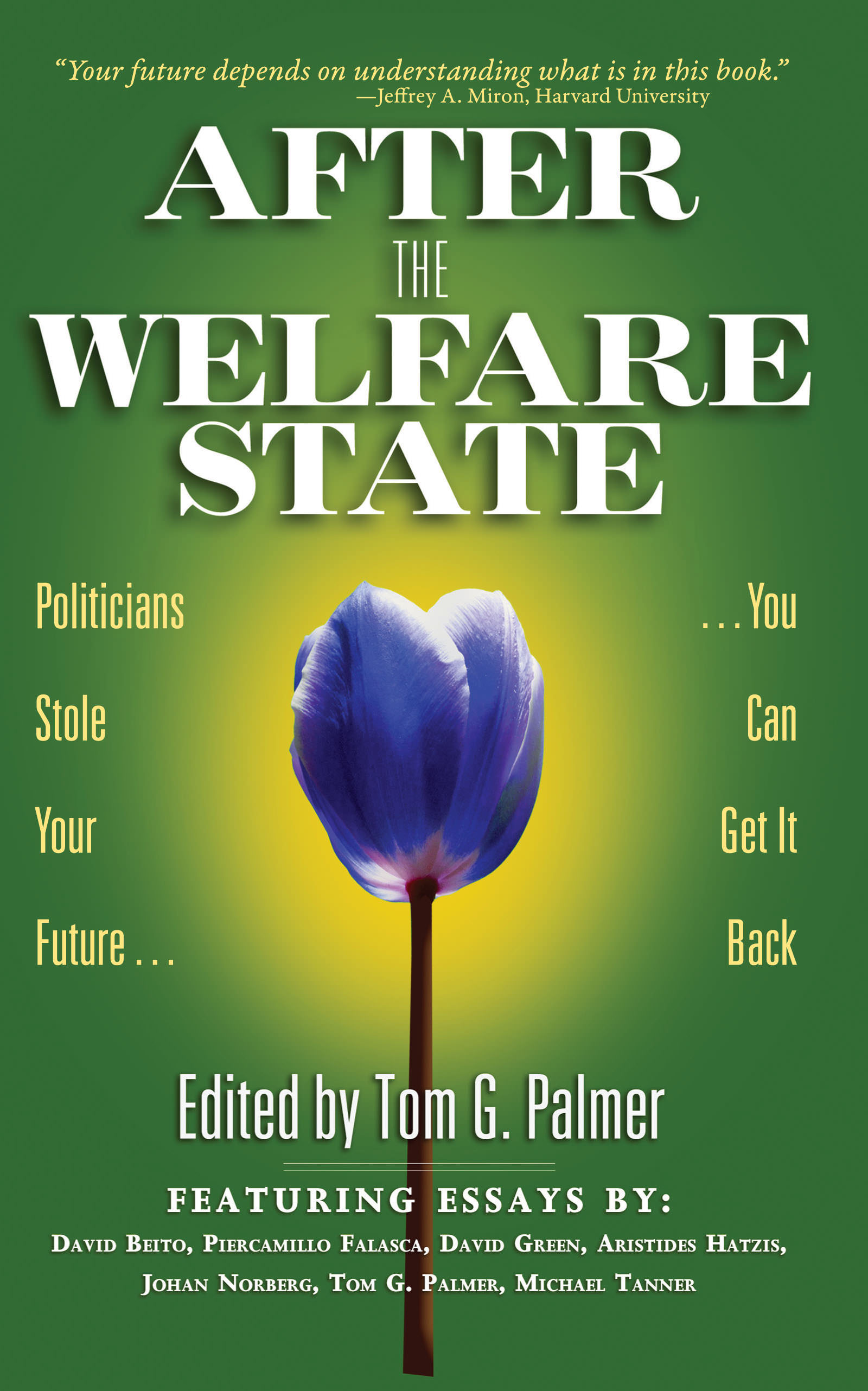 Your conversation partner expresses dismay, however. Without such programs, she says, millions will be without food, shelter, and of course health care.

Prior to reading After the Welfare State, I would meekly have argued for private charity to replace centralized entitlement programs. I would probably have outlined a boilerplate plan for entitlement reform that would make the welfare state at least sustainable. And while private charity can and should play a greater role, I would be hard pressed to make a convincing case that it could meet all of the needs of a modern industrial society, especially one that has become addicted to entitlement spending.

Tom G. Palmer’s book showed me I needed only to look to history—a history nearly wiped clean by the welfare state.

Beginning in the late eighteenth century, friendly societies arose to address the needs of a growing population. As the Industrial Revolution created new markets and new wealth, it also saw the advent of organizations designed to solve myriad social problems and form the ties of true community. Self-governing “friendly societies,” both in Great Britain and America, developed spontaneously, providing mutual aid and welfare services without government support or involvement.

It’s difficult to imagine today just how these aid societies flourished. By the late nineteenth century, membership had expanded to include millions, cutting across all racial and ethnic divisions. These voluntary, self-funded associations provided all manner of social welfare services, including death benefits, old-age homes, orphanages, healthcare, and savings for retirement and disability—just to name a few. Moreover, friendly societies were able to achieve their mission without the moral hazard endemic to the current welfare state (in which benefits are dispensed to recipients based on static income formulas rather than considerations about circumstances).

With mutual-aid societies, membership was contingent on adhering to generally accepted codes of behavior, with aid provided to members who fell upon hard times through no fault of their own, such as an unavoidable job loss, injury, or prolonged illness. Wife-beaters and the chronically lazy were often expelled, or not admitted in the first place.

Consequently, with friendly societies and their derivatives dominating the provision of social welfare services, the demand for welfare by public and private charities was miniscule compared to today. According to one of the book’s contributors, David Beito, in 1930 “less than 4 percent of New York’s aged depended on either public or private charity.”

All this was to change rather dramatically with the rise of the welfare state, which was initiated in the modern era under Otto von Bismarck’s Germany in the late nineteenth century. As a blatant power grab by Chancellor Bismarck, the intent was to make the German people dependent upon, and thereby loyal to, the State. In pursuit of what he unabashedly called “State Socialism,” not to mention ambitions to dominate Europe, Bismark declared, “Whoever has a [state] pension for his old age is far more content and far easier to handle than one who has no such prospect.”

Unfortunately, Bismarck’s welfare state concept soon found ready acceptance in Britain and the United States. They saw full American expression during FDR’s New Deal. In 1911 England passed the National Insurance Act, which came at a time when membership in friendly societies was growing at unprecedented rates. These were doomed to wither and die, however, as the state formed a tax-fueled charity monopoly.

While the welfare state has succeeded in supplanting voluntary self-help associations, the net effect has been far more pervasive. It ensnares not just the poor and needy by trapping them in a life of hopeless dependency, but it also mires us in debt and deficit spending. The bulk of government spending is for so-called “entitlements,” which are meted out to current recipients across income quintiles. The tab is passed onto generations not yet born.

Palmer warns that we have about 10 years left to correct the current fiscal imbalance before the welfare state implodes. The government will have to repudiate these unfunded liabilities or accept rampant inflation, crippling taxes, and a lower quality of life. If and when that day comes, we will at least have this book to point to a way out—one that balances our fiscal solvency with concern for the least fortunate among us. History can be a guide for how we survive and prosper after the welfare state.

Lance Lamberton is the president and founder of the Cobb Taxpayers Association, based outside of Atlanta, Georgia. He served as the Deputy Director of the White House Office of Policy Information under President Reagan, and holds a Master of Arts in history from New York University.