‘Deregulation’ is not antithetical to social justice, quite the contrary, in fact. 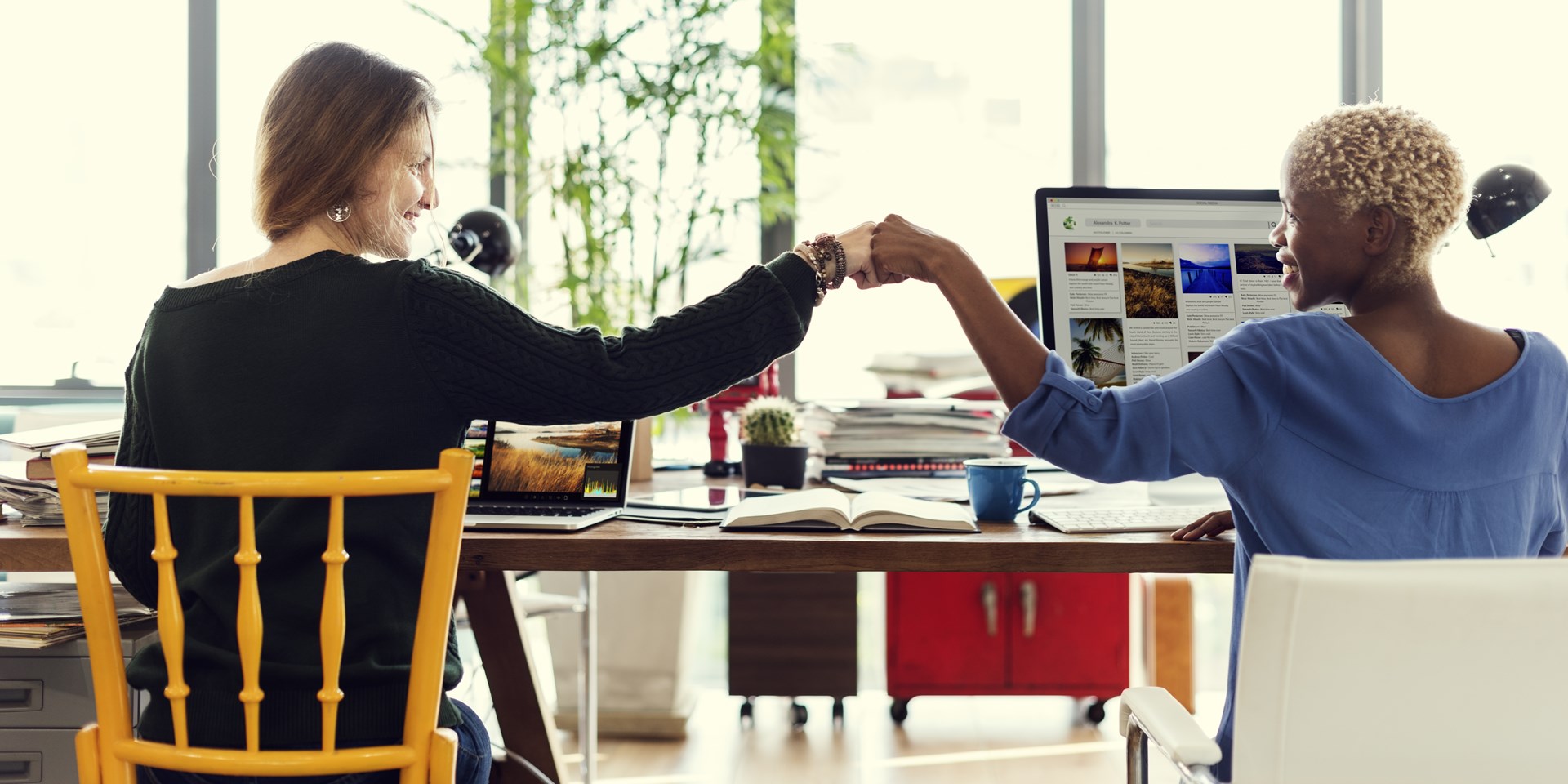 There is nothing that Progressives seem to excoriate more than the vague concept of “deregulation.” Poverty, pollution, stagnant wages, financial crises, and a slew of other social ills are blamed on deregulation.

Sure, there are instances where ‘deregulation’ may be detrimental to society, but this obscures the reality that the overall economy is likely over-regulated. For decades, the overall burden of government regulations has grown, not lessened, and the Journal of Economic Growth estimates that the US economy is substantially smaller as a result.

Beyond that, there are numerous individual instances in which it is clear that rolling back regulations has or could advance progressive causes.

Government imposed land-use regulations often implemented by high productivity cities have reduced housing supply substantially, consequently raising housing prices and limiting the number of workers who reside and work there. Economists from the University of California, Berkeley estimate that these restrictions have “lowered aggregate US [economic] growth by more than 50% from 1964 to 2009.” 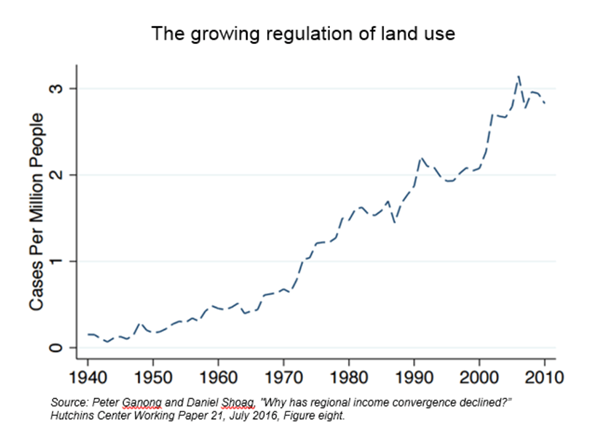 This is not a problem just for the overall economy, but for low-skilled workers in particular, who are effectively shut out of living in areas with lots of economic opportunity by absurdly high housing prices brought about largely by government restrictions on housing supply.

In fact, the Brookings Institution notes that exclusionary zoning prevents low-income families from moving to places where there are greater opportunities for finding gainful employment, which may very likely be due to regulatory overload. In fact, an analysis of the US economy found that the increase in housing regulations accounts for 23% of the increase in wage inequality and “85% of the increase in house price dispersion across metro areas from 1980 to 2007.”

“Absent the growth in regulation, houses would be 43% less expensive on average in 2007…If regulation had not changed since 1980, house prices in some expensive areas such as New York, San Francisco and Miami would be more than 60% lower,” the authors report.

Many minorities with criminal records experience difficulties in the labor market. In order to help these individuals and reduce racial disparities in employment rates, 25 states have passed “ban-the-box” (BTB) policies which prohibit employers from asking applicants about their criminal history.

This is the simple thinking progressives often fall prey to. A problem is recognized, and it is expected that government can absolve or diminish it merely by passing laws. But progressive intentions don’t necessarily produce progressive results.

Scholars from Rutgers University and the University of Michigan found that the introduction of these laws leads to employers, who could no longer check criminal histories, using race as a proxy for criminality. They report that, “Before BTB, white applicants to employers with the box received 7% more callbacks than similar black applicants, but BTB increased this gap to 43%.” 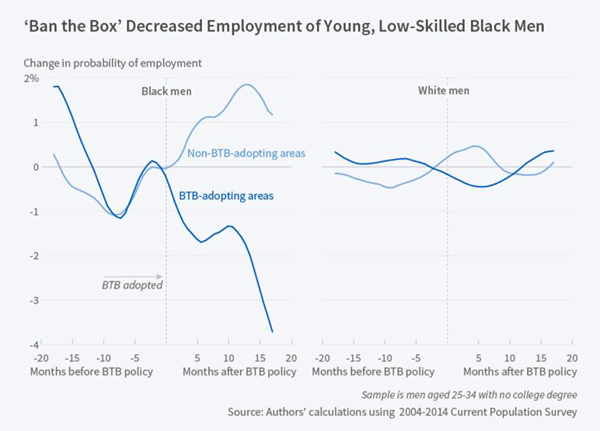 Recent work published by the National Bureau of Economic Research came to the conclusion that, “BTB legislation reduced the probability of employment by 5.1 percent among black men and 2.9 percent among Hispanic men.”

Looking at the graph above shows the magnitude of this decline. After the adoption of BTB laws, the probability of employment among young black men dropped like a stone. Legislation intended to help minority men and reduce racial disparities had done exactly the opposite, and substantially so.

Although overall, the US economy is more regulated than it was in the past, some aspects of certain industries have experienced some form of deregulation. For example, throughout the 1970’s and 1990’s, many government restrictions on intra and interstate banking were removed.

A pair of papers published by the National Bureau of Economic Research (NBER), found that deregulation enhanced the efficiency of the banking sector, which raised the rate of new firm entry, which made the labor market more competitive.

The firm entry and competition brought about by deregulation boosted the demand for low-skilled workers considerably. As a result, “deregulation significantly reduced income inequality by boosting the incomes of lower income workers,” according to one of those NBER papers.

The other NBER paper found that, “improvements in banking [induced by deregulation] disproportionately enhanced the labor market opportunities of blacks” and that, “competition-enhancing bank deregulation eliminated about one-quarter of the racial wage gap [between blacks and whites] after five years.”

The authors also report that, “Women in deregulated states are substantially more likely to work in the private sector, to enter well-paid traditionally male jobs, and to acquire more formal education.”

What Good Is a Policy That Doesn’t Produce Its Intended Outcome?

There are plenty of government rules and regulations that are created with the best intentions, that are designed to improve the well-being of the disadvantaged. Unfortunately, in practice, these well-intended policies make things worse for the intended beneficiaries.

Progressives should stop jumping to advocate for government intervention with the default assumption that the implemented policy will make the situation better.

‘Deregulation’ is not, by definition, antithetical to social justice, as presumed by many who hold left-wing economic views. As demonstrated, regulations can have a detrimental impact on minorities, women, and low-income workers.

It is sometimes presumed that the free market crowd is not interested in helping disadvantaged groups; that only more rules, laws, and government control of the economy can help these people.

The fact of the matter is that free market advocates simply want the government to get out of the way of those same disadvantaged groups. Dismantling regressive regulations and letting the free market work can, in fact, achieve progressive goals.