Why Trump Supporters Don't Care that He's Not Conservative

Nobody was confused about this 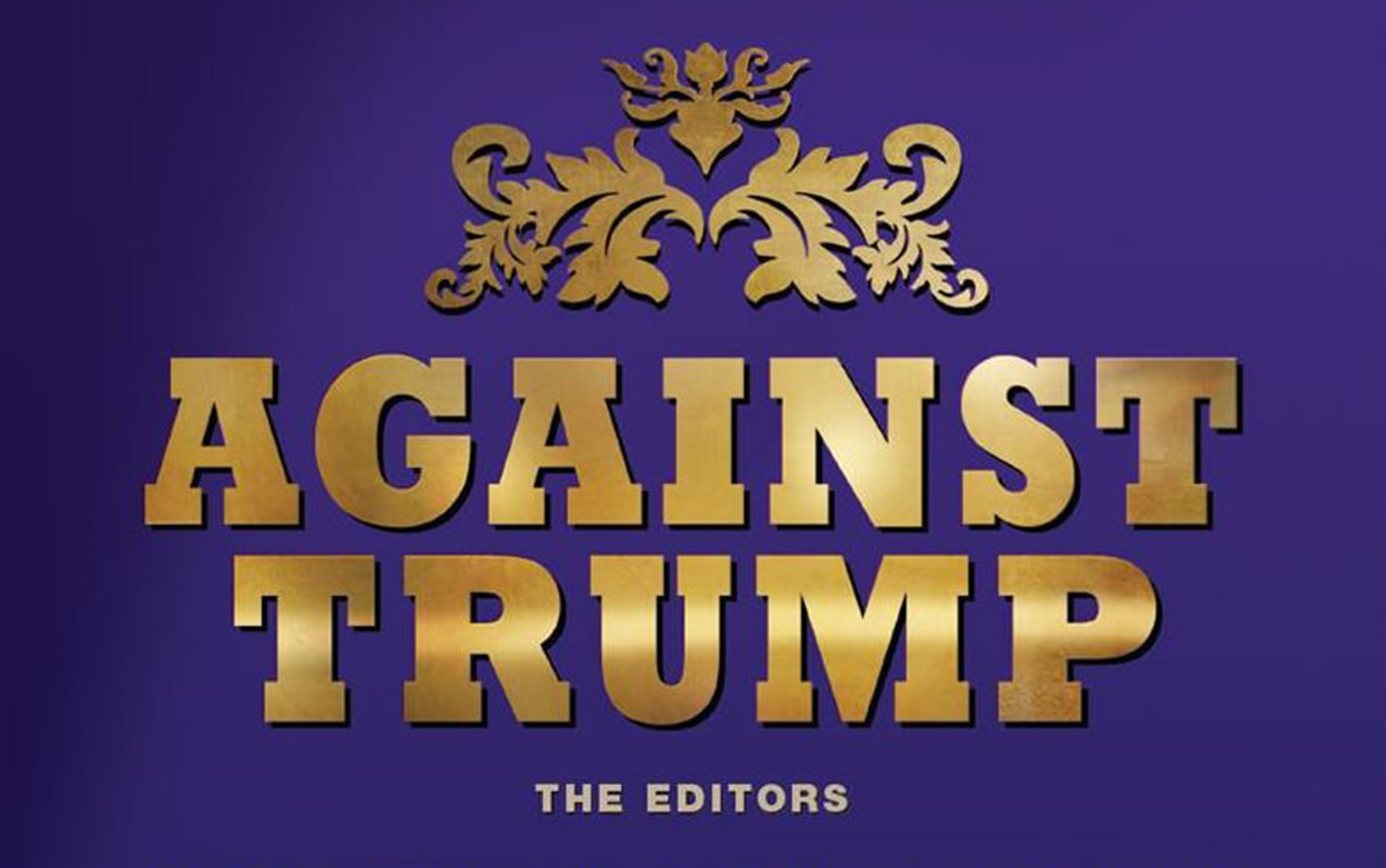 The National Review made headlines this week with their new issue, simply titled “Against Trump.” The editors blast Trump as “a philosophically unmoored political opportunist who would trash the broad conservative ideological consensus within the GOP.”

The message is clear: the leading conservative magazine is making a clarion call for the GOP’s base to unite against Donald Trump. Trump is no conservative, so GOP stalwarts and conservative voters alike should reject him.

But who cares if Trump is not a true conservative?

Clearly not the people showing up to his rallies. It’s not news that this Clinton-supporting reality TV star and New York billionaire is no Barry Goldwater. Trump has supported universal health care and eminent domain — and trashed former party nominees — flying off script at the slightest sign of sagging news coverage.

Donald Trump short circuits traditional analyses of election politics because he doesn’t go through the gatekeepers of the media and establishment political groups. He doesn’t have to play an elongated game of the Median Voter Theorem, starting with major donors, party insiders, their connections in the media, and then going to the party faithful, and finally tacking to the center to capture independents.

Trump goes right to the masses.

Trump’s rise to prominence in the Republican Party indicates that there is a massive disconnect between the ideological stalwarts in DC and the man on the street. The common people may identify as conservative when polled about their beliefs, but that’s because "conservatism" to them means something much more personal than the tradition of William F. Buckley and Russell Kirk. Conservatism means keeping their jobs and the life-plan that they have established, and whoever seems to serve that end wins their support — ideology be damned.

This is another case of the difference between stated vs. revealed preferences.

While elections and polling are notoriously bad at gathering accurate data about people’s beliefs, some ways of aggregating opinions are worse than others. Asking people if they believe stances such as “The government should be limited in its powers,” “Free trade is a win-win for most economies,” and “The right to bear arms is integral to the preservation of a free society,” will probably yield different responses than asking people to select among a group of candidates who espouse many different beliefs.

Even if there is a candidate who aligns better in the abstract with people’s beliefs, if they don’t speak convincingly to that individual’s day-to-day concerns, chances are they’ll poll lower than a candidate who does.

This is what you get with Trump.

Even if the Republican base and conservative Democrats, who make up a good chunk of Trump’s support, will say they believe in conservative ideas in a poll, that doesn’t automatically translate into them turning out for a candidate who mirrors those beliefs. Their revealed preferences show something else.

In a betting market, where you are forced to place money on what candidate you think will perform well, your answers are different (and more accurate) than when you answer anonymously in a poll. Similarly, when you decide to give up hours of your day to go to a political rally, your choice of whose rally to attend is going to be different than your answer for an “I-Identify-With-These-Beliefs” poll.

While many candidates struggle to fill a diner in New Hampshire, Trump is filling stadiums because he speaks to their revealed preferences, not to their stated affiliations. This is the heart of populism: seeing beyond signaling and polls and claimed beliefs and going right to what people are actively concerned about.

For better or worse, the people who care about the ideological foundations of conservatism are those turning out for Young Republican meetings at Harvard and having happy hours between Cato and Heritage in DC.

Each of these individuals may identify as “conservative,” but when push comes to shove, they have priorities that have little to do with ideology.

Are these people all terrible, authoritarian xenophobes who have always wanted a strongman in Washington and have just been awaiting the chance? Probably not.

Politics is notorious for turning nice, normal people into mean, abnormal weirdos. That goes for conservatives and liberals and for authoritarians and libertarians. That people are drawn to terrifying political candidates does not mean that they must be terrible people — it means that politics must be a terrible way of implementing our beliefs in the world.

Instead, we ought to be working directly to achieve our goals. We should put our time and money where our mouths are, and challenge others to do the same. Moving the needle of progress towards your goals requires actually creating change — not just showing up to a rally, or dropping by a polling station, or railing for or against a politician.

Against Trump? Sure, but let’s try without him — or any politician.