What Everyone is Missing About the Comey-Trump Debacle

The FBI’s independence is an establishment tradition not a law. 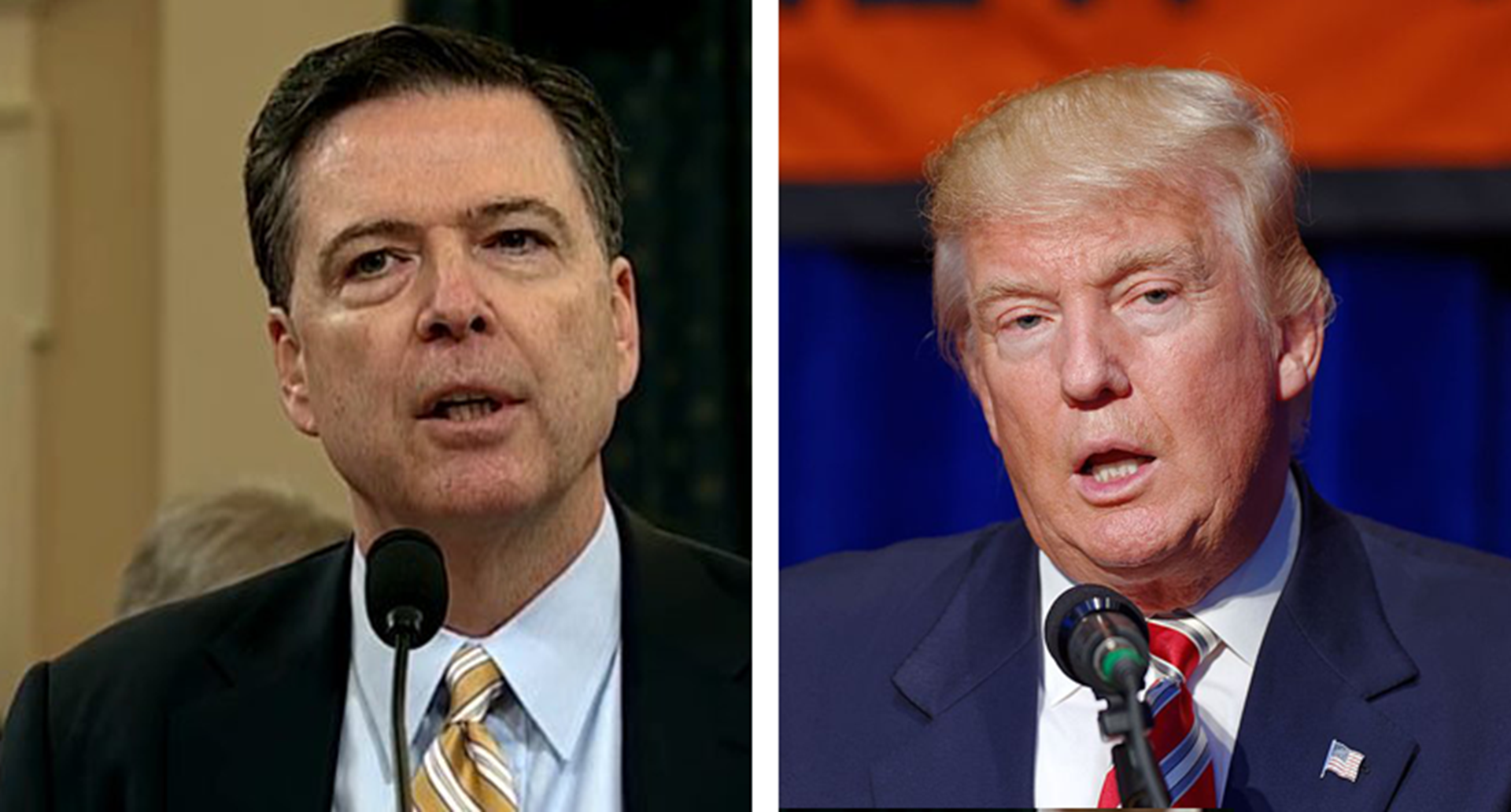 Given the tone of political reportage over the last month and the breathless coverage of James Comey’s hearing Thursday, you would have thought President Donald Trump had diminished the power of a co-equal branch of government or violated some basic protection in the Bill of Rights, upsetting the delicate balance that renders the United States a nation governed by laws and not men.

The FBI is not able to “check and balance” the executive branch. What was Trump’s transgression? Had he levied new wars abroad without congressional authorization? Had he ordered mass surveillance of the American people in contravention of their 4th amendment rights? Had he cracked down on free speech or assumed the power to issue new laws from the presidential chair ex-cathedra? Had he locked people up in internment camps, confiscated people’s gold, suspended habeas corpus, or ordered prisoners of war to be tortured?

No, at least not more than other presidents before him. Rather, Donald Trump had done something much worse. He fired a man, one James Comey, upsetting the “constitutional requirement” that the Director of the FBI be independent of the president of the United States.

Days after Comey’s ouster, the former director of National Intelligence and "unwitting" voyeur into Americans’ private lives, James Clapper, had this to say:

The founding fathers in their genius created a system of co-equal branches of government and a built-in system of checks and balances, and I feel as though that is under assault and is eroding.”

However, despite Clapper’s earnest worry and woe, the FBI is not a co-equal branch of government able to “check and balance” the executive branch. Despite James Comey’s defense of the FBI’s independence at his hearing Thursday, there is no constitutional requirement that the FBI be independent of the presidency. Comey even admitted as much amid his defense of FBI independence.

Comey confirmed that under our Constitution, the president has the authority to direct the FBI to stop investigating any individual. I paraphrase, because the transcript is not yet available: the president can, in theory, decide who to investigate, who to stop investigating, who to prosecute and who not to prosecute. The president is the head of the unified executive branch of government, and the Justice Department and the FBI work under him and he may order them to do what he wishes.

“As a matter of law, Comey is 100 percent correct. As I have long argued, and as Comey confirmed in his written statement, our history shows that many presidents – from Adams to Jefferson, to Lincoln, to Roosevelt, to Kennedy, to Bush 1, and to Obama – have directed the Justice Department with regard to ongoing investigations. The history is clear, the precedents are clear, the constitutional structure is clear, and common sense is clear.”

Traditions Are Not Laws

Indeed, the FBI’s independence is merely an establishment tradition; and though it may be a well-intentioned tradition meant to curtail political influence in law enforcement, traditions are not laws no matter how much they aspire to bolster the largely mythical “rule of law.”

Such aspirational traditions may, in fact, be counterproductive to protecting people’s liberties, giving the fleeting appearance of checks on presidential power even as the executive branch assumes more and more power and authority all the same.

All this partisan prattle is a confession that the executive branch is too powerful and corrupt.Maybe this is how the establishment wanted it until recently – to give the appearance of propriety, while conning Americans out of their liberties behind the scenes. But now Donald Trump is giving the game away. Apparently, all it takes is one power-hungry fool to upset the rule of law and send the established political class into meltdown mode.

To me, all this high dudgeon and partisan prattle that executive branch agencies should be independent of the president is essentially a confession that the executive branch is too powerful and corrupt.

Either people naively believe executive agencies are independent of the chief executive or they are cynically trying to conceal from the public how much power the president has at his disposal.

Keeping up appearances that the FBI or NSA or DOJ are independent of presidential politics and abuses of power doesn’t solve this problem; it only obscures the problem that the president of the United States can, for instance, start wars abroad without congressional consent, kill American citizens with drones, spy on millions of Americans, and more generally, has the vast legal discretion to direct the many agencies of the unified executive branch to manipulate Americans in almost every aspect of our lives.

A Government of Men’s Selective Whims

What fools “we” must be to think a reliance on non-binding political traditions can keep us immune from political abuses and corruption.

If Congress and the courts continue to grant immense powers to the executive branch to carry out their wars abroad and social engineering at home, while hoping tradition and the occasional congressional investigation or court injunction will restrain that power, we will soon discover (if we haven’t already) that the elected and unelected men and women in government are not angels. We will soon discover a government with too many laws becomes a government of men’s selective whims and not sound common law.

Impeachment will not free us from law enforcement carrying out the whims of power-hungry politicians.

As George Orwell correctly assessed while reviewing Hayek’s Road to Serfdom, “By bringing the whole of life under the control of the State, Socialism necessarily gives power to an inner ring of bureaucrats, who in almost every case will be men who want power for its own sake and will stick at nothing in order to retain it.”

If Donald Trump did indeed fire James Comey for corrupt reasons, the only remedy is impeachment, but whether or not that day comes, let us not be fooled into thinking that will set us free from law enforcement carrying out the whims of power-hungry politicians and partisan interest groups. No, the only solution is to shrink the power and province of the federal government, first back to the states but eventually back to each individual to live free as long as he allows others to be free as well.

Reprinted from The Anti-Media.