Thoughts on the passing scene by FEE president Lawrence Reed

A weekly roundup of thoughts on the passing scene by FEE president Lawrence W. Reed.

Now that the major party political conventions are over, H. L. Mencken’s assessment of “democracy” seem more prophetic than ever. “Democracy is the theory,” he wrote in 1916, that the common people know what they want, and deserve to get it good and hard.” Four years later, he foretold: “As democracy is perfected, the office represents, more and more closely, the inner soul of the people. On some great and glorious day the plain folks of the land will reach their heart’s desire at last, and the White House will be adorned by a downright moron.” Looks like this could be the year.

Have you noticed that even good men and women in public office are at their best when first elected, and usually decline from there? Power is corrupting, a fact which socialists rarely concede and never fully appreciate, but it's a fact that has been recognized by clear-thinking people for centuries. Tacitus put it this way in 117 A.D.: “Our magistrates discharge their duties best at the beginning; and fall off toward the end.”

Is the Black Lives Matter organization nothing more than a natural and justifiable response to police racism? Randall Holcombe argued as much in these pages. Dan Bier shows that this group has lost focus on police injustice and now carries water for the entire progressive agenda.

David French at National Review saw this coming. If peace, justice and true equality before the law were its motivations and objectives, no reasonable person would oppose it. But earlier this month, French presented some revealing facts that raise more than a few doubts.

The San Francisco policies that recently prompted a lawsuit from AirBnB illustrate some reprehensible things that happen all too often these days: 1) regulation for the hell of it; 2) a “solution” in search of a problem; 3) using political power to immunize one group against the choices and competition of others; and 4) nanny state efforts that waste tax money, step on your liberties and stifle innovation.

Ever wonder how, in the face of its horrific track record, Marxism retains any hold on anybody? British philosopher Roger Scruton explained it this way in 2006: “It is not the truth of Marxism that explains the willingness of intellectuals to believe it, but the power that it confers on intellectuals, in their attempts to control the world...and since it is futile to reason someone out of a thing that he was not reasoned into, we can conclude that Marxism owes its remarkable power to survive every criticism to the fact that it is not a truth-directed but a power-directed system of thought.”

Free markets bake a bigger pie. Socialism just eats it. From Venezuela comes news that socialism is even eating your Big Macs now.

Dinesh D’Souza’s new film, Hillary’s America, is hated by movie critics but general audiences are much more favorable. I had some differences with it on historical points, and would have preferred more balance in how the GOP was portrayed. But against the overall message, those are minor matters. On the racist, eugenicist, gangster-statist history of the Democratic Party, it was on the money. In explaining what moral monsters Woodrow Wilson and Margaret Sanger were, it's excellent. On the evil, criminal enterprise known as the Clintons, it was fantastic. And on inspiring a genuine patriotism (in the sense of reverence for the ideas of liberty, not state worship, that made America exceptional) it was off the charts. See it and judge for yourself.

Ever hear of the Republic of Ragusa? It was founded in June 1358 and lasted for 450 years until Napoleon took it over in 1808. Its capital was Dubrovnik, in modern-day Croatia. It was a remarkably liberal country (in the European sense) for its day. It abolished slavery in 1416. Its flag bore the word “Libertas” and the country’s motto was “Liberty cannot be sold for all the gold in the world.” 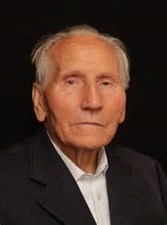 Only 144 people ever successfully escaped from the notorious Nazi-German concentration camp, Auschwitz, in occupied Poland. One of them was Witold Pilecki (http://bit.ly/1Xu6T92), who will be featured in my forthcoming book, Real Heroes: Inspiring True Stories of Courage, Character and Conviction. Another was the man pictured here, Kazimierz Piechowski, who lives in Gdansk and will be 97 this October. In June 1942, he and three fellow prisoners, dressed as members of the German SS and fully armed in a stolen SS staff car, drove out the main gate. It was “a universally acclaimed... [feat] of exceptional courage and gallantry,” in the words of another prisoner and later museum director, Kazimierz Smoleń.

Quotes of the Week:

Isabel Paterson, author of The God of the Machine (1943)

“There can be no greater stretch of arbitrary power than is required to seize children from their parents, teach them whatever the authorities decree they shall be taught, and expropriate from the parents the funds to pay for the procedure.”

“Most of the harm in the world is done by good people, and not by accident, lapse, or omission. It is the result of their deliberate actions, long persevered in, which they hold to be motivated by high ideals toward virtuous ends.”

When Giving Is Smart and When It Isn’t

Otto von Bismarck: The Man Behind the Modern Welfare State