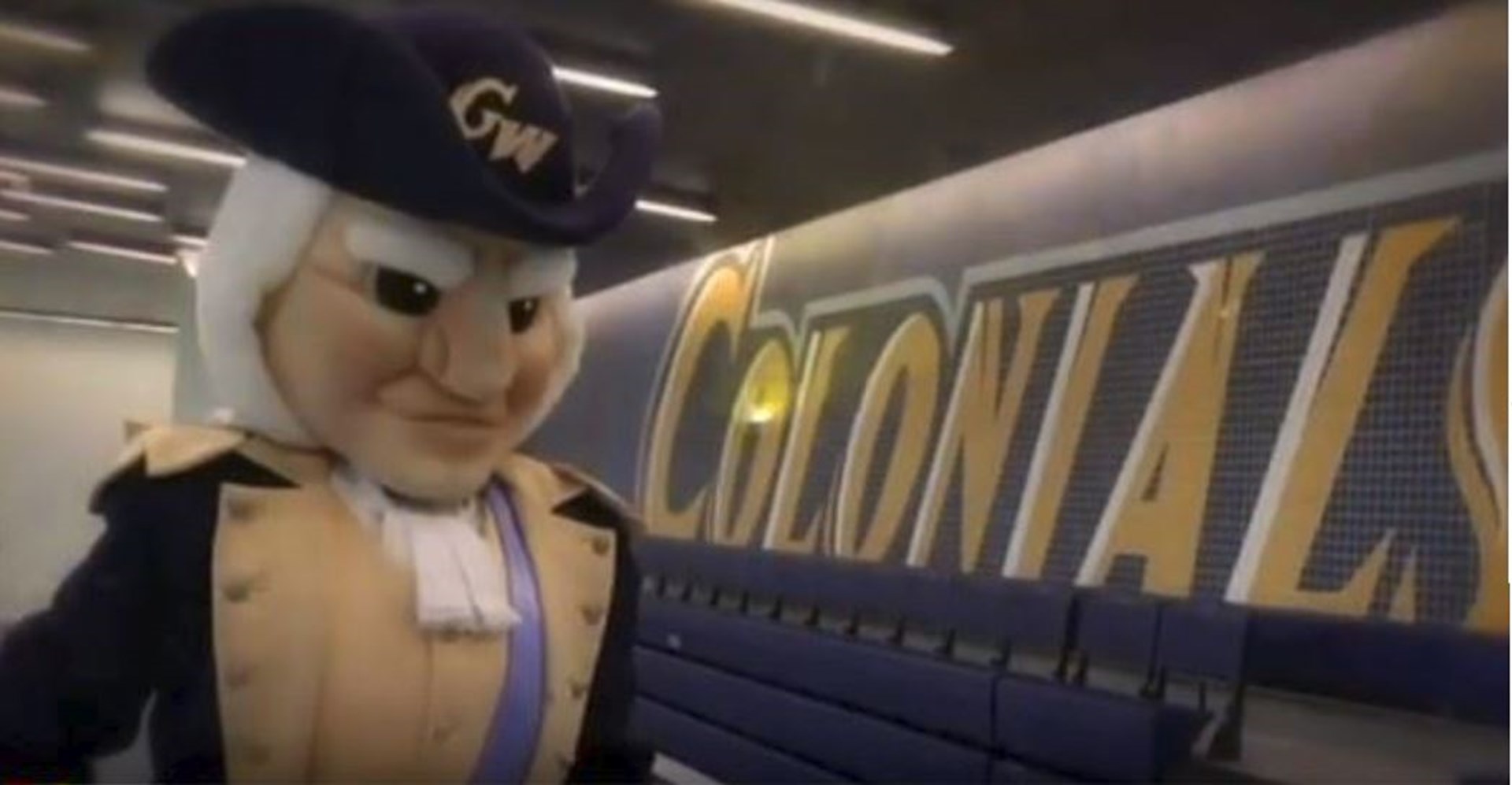 The Student Association at George Washington University has called the school’s nickname and mascot, the Colonials, “extremely offensive” and has urged that it be changed, but it’s not at all clear how widespread support for the move is among the broader student body.

A recent referendum question asking GW students whether the university should change the nickname was put to a vote after 545 students—less than two percent of the student body—signed a petition that circulated last spring.

The petition cited the “historically, negatively charged figure of Colonials [that] has too deep a connection to colonization and glorifies the act of systemic oppression” as grounds for changing the mascot’s name.

On March 27 and 28, students were asked to vote in the referendum, which asked students: “Should the moniker Colonials, and any variations of the term, be removed on the grounds that the term does not represent the student body as a whole, and be replaced by a term that further aligns with our University’s institutional values?”

The referendum passed with 54 percent approval from the 19 percent of the student body that participated.

“Opposition to the mascot is based on false pretenses, and we oppose the disunity sowed by those who seek to change an essential component of the university’s identity,” GW’s chapter of the Young America’s Foundation said in a statement. “A colonial is defined as ‘a member or inhabitant of a colony,’ which stands in stark contrast to the notion pushed by those in favor of a mascot change.”

Alex Leavi, a sophomore from Savannah, Ga., who studies finance, agreed in an email to The Daily Signal that students are reading too much into the name.

For the people that want to change the name, it seems they are just looking too deeply into it. The name likely started as a unique name, similar to the “Warriors,” with a revolutionary twist, since we are George Washington University.

People seem to be implying too much about the name, as if we want to colonize minority groups in the future. The same thing could go for a team such as Duke Blue Devils. Cool name. Do I like and support the devil? No, I do not. But, hey, it’s just a mascot, something for fun.

“I feel like we need to take into account the history of the name,” Gupte said. ”Just the whole history of colonization and everything you don’t talk about … and it’s the same with the Washington Redskins. That name is also offensive, and people don’t even talk about it.”

“I get [that] George Washington’s [a] Founding Father … [but] having a school and mascot named after Colonials, it’s just really kind of glorifying,” Xavier said.

“I don’t really see the correlation to how it comes off as, or has racist undertones, and how it implies that colonists were slave owners,” said Adrian Elzarki, a molecular biology student from Orlando, Fla. “Our mascot’s been the Colonials for 200 years. So, I think it’s a part of our school’s history. It’s a part of Northeast history. It’s part of American history in general.”

George Washington is such a diverse school, and there are people from all different backgrounds. There’s going to be some people who could be offended by how George Washington takes pride [in] the Colonial culture through this mascot.

I think this could be offensive to some people … . I wasn’t offended, but I could see why people would be offended. I guess it makes sense.

“People think [Colonials] invokes an image of colonialism or, like, colonizing, which it doesn’t. It’s just a reference to what our university is named after, which is George Washington. So he was part of the Colonial times,” she said.

Although the referendum passed with 54 percent of the vote, O’Connell said,

it’s kind of like the silent majority … usually the people who are up in arms about it are the people who vote. So I don’t think that’s an accurate representation of our student body at all.

This article is reprinted with permission from the Daily Signal.

Courtney Joyner is a member of the Young Leaders Program at The Heritage Foundation. She was a Journalism and Political Science major at The University of Texas at Austin.