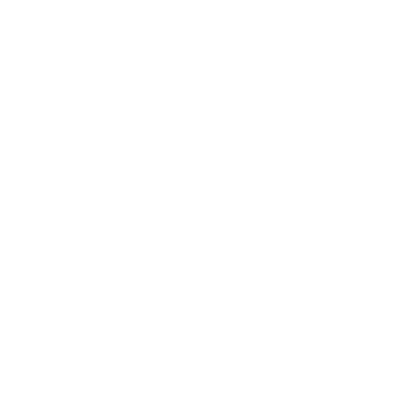 Thirty-five years ago today—on December 27, 1983—the world witnessed a most extraordinary act of forgiveness. In Rome’s Rebibbia Prison, Pope John Paul II met for the first time with Mehmet Ali Ağca, the very terrorist who shot him four times in St. Peter’s Square just two and a half years earlier. The two men sat inches from each other for 21 minutes in Ağca’s cell, engrossed in conversation. Eyeball to eyeball as they clasped hands, John Paul uttered firmly, “I forgive you.”

A convicted murderer, radical extremist, notorious thief, and prison escapee before he assaulted the pope, Ağca hardly invited a semblance of sympathy. Nonetheless, John Paul gave him that and so much more.

Ağca served nearly 30 years behind Italian and Turkish bars for his crime. While in prison, he became a Christian and a changed man. He was released in 2010. Four years later, on the anniversary of John Paul’s prison visit, Ağca traveled to the Vatican to lay roses on the late pontiff’s tomb.

I admit to puzzlement about this matter of forgiveness. Sometimes it’s easy, other times so demanding it seems unthinkable. I don’t know if I could muster it under all circumstances, especially on those occasions when the perpetrator of a wrong exhibits no remorse. It seems to me that some measure of penitence or regret ought to be a prerequisite for forgiveness, yet some people offer it without condition. Perhaps they do so in the belief that it may induce the very contriteness the subject has yet to show.

The Nature of Forgiveness

That generous act of mercy and compassion—of unqualified forgiveness—is the catalyst that transforms the rest of Valjean’s life. How many of us could have done what Bishop Myriel did?

In Victor Hugo’s Les Miserables, a recently paroled Jean Valjean is taken in by the parish priest, Bishop Myriel. Fed and sheltered from the cold, Valjean betrays his rescuer by stealing his silver and spiriting away amid the night. He’s quickly apprehended by the police, who bring him back to the priest to confess. Bishop Myriel covers for him, insisting to the police that the silver was a gift and that Valjean had, in fact, left more behind that he should have taken with him, as well. That generous act of mercy and compassion—of unqualified forgiveness—is the catalyst that transforms the rest of Valjean’s life.

How many of us could have done what Bishop Myriel did? And if he hadn’t gone that extra mile on Valjean’s behalf—if he had simply been truthful and allowed the justice system to take its course—would he have been in the wrong? I don’t have good answers to these questions. But there’s something about the forgiveness of the fictional Bishop Myriel and the very real John Paul II that I admire and aspire to. Perhaps that’s simply because I know what the eventual outcomes were. Neither of those good men, however, could have known those outcomes for certain at the moment they forgave. My head is swimming with all the alternatives that might have played out. I feel here like the philosopher who poses lots of questions but offers no hard answers.

The English poet Alexander Pope famously coined the phrase, “To err is human; to forgive, divine.” If true, that would certainly explain why we humans often find it so hard to forgive.

The late psychiatrist Thomas Szasz, who wrote many articles for FEE, offered this perspective: “The stupid neither forgive nor forget; the naive forgive and forget; the wise forgive but do not forget.” I agree. Forgiveness shouldn’t mean that you lose your memory.

Another example of remarkable forgiveness dates to 2006 when a gunman entered a one-room Amish schoolhouse near Lancaster, Pennsylvania. He killed five children and wounded five others, ages six to 13, before taking his own life. Americans were stunned at the response of the local Amish community. While grieving the loss of their own, they visited the parents of the killer to offer comfort and solace. They even established a fund to assist his family. The shooter’s mother later wrote an open letter to the Amish in which she said:

Your love for our family has helped to provide the healing we so desperately need. Gifts you've given have touched our hearts in a way no words can describe. Your compassion has reached beyond our family, beyond our community, and is changing our world, and for this we sincerely thank you.

In their exceptionally moving book on the incident, Amish Grace: How Forgiveness Transcended Tragedy, authors Donald B. Kraybill and Steven M. Nolt explained that the Amish willingness to eschew vengeance is one of the sect’s most deeply-rooted cultural traits. They believe in “the letting go of grudges.” Kraybill and Nolt argued that this attitude “does not undo the tragedy or pardon the wrong, but rather constitutes a first step toward a future that is more hopeful.”

The Amish forgave completely, but they did not forget; they demolished the school, built another nearby, and christened it the “New Hope School.”

“Never does the human soul appear so strong as when it foregoes revenge, and dares to forgive an injury,” declared the famous orator and minister of the mid-19th century, Edwin Hubbell Chapin.

Nelson Mandela was incarcerated for nearly three decades before he became president of a post-Apartheid South Africa. “Resentment is like drinking poison and then hoping it will kill your enemies,” he once said. “As I walked out the door toward the gate that would lead to my freedom, I knew if I didn’t leave my bitterness and hatred behind, I’d still be in prison.”

Forgiving Is an Act of Self-Care

The best medical authorities are convinced that forgiveness is at least as essential to the mental and physical health of the wronged as it is to the wrongdoer. A page on the Mayo Clinic’s website asks, “What are the benefits of forgiving someone?” It lists the following:

“What if the person I’m forgiving doesn’t change?” the Mayo Clinic’s page asks. The answer makes a lot of sense to me:

Getting another person to change his or her actions, behavior or words isn't the point of forgiveness. Think of forgiveness more about how it can change your life—by bringing you peace, happiness, and emotional and spiritual healing. Forgiveness can take away the power the other person continues to wield in your life.

Forgiveness is often essential to engagement. A black American named Daryl Davis is a remarkable example. As documented by Netflix and both in print and video by FEE’s Sean Malone, Davis set out to learn why KKK members could hate him for the color of his skin when they had never met him. He now counts as personal friends dozens and dozens of former racists.

If you need some good advice on why, how, and when to forgive, you’ll find it in this short essay by Betty Russell, The Importance of Forgiveness. She says “[w]e can all find renewed richness in our relationships if we can learn to forgive.”

Maybe adopting a more forgiving spirit—thinking of forgiveness first as an option when we’re wronged instead of last—would make an excellent New Year’s resolution, if we really mean it and do it.

Forgiveness is enough of a mystery to me that I can’t regard myself as a counselor on the subject. I’m comfortable in suggesting, however, that we need more of it, perhaps a lot more of it in these days when mere unintended slights ignite raw tension and indignation. Maybe adopting a more forgiving spirit—thinking of forgiveness first as an option when we’re wronged instead of last—would make an excellent New Year’s resolution, if we really mean it and do it.

You may be relatively new to FEE and wondering what forgiveness has to do with a foundation devoted to “economic education.” Let me just say that from our earliest days, despite the seeming narrowness of our name, FEE has been committed to a free society and all the dimensions of personal character that build and sustain it. I’m no expert on forgiveness, but I’m sufficiently moved by its manifestations to say that a good dose of it is one of those dimensions. How about you?