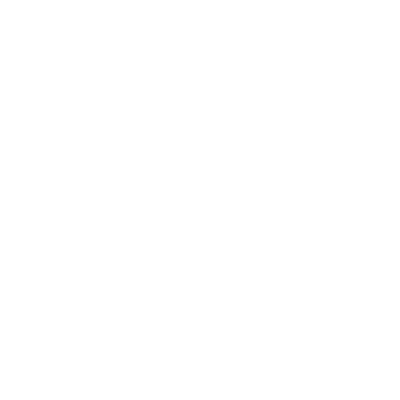 Hillary Clinton said at a fundraiser last week that half of Donald Trump’s supporters belong in a “basket of deplorables.” Some are “irredeemable,” Clinton added. Over the weekend, she apologized for overgeneralizing.

Actions can be deplorable or even criminal, but every human being has a core of intrinsic worth. Seeing someone or some group of people as deplorable or irredeemable is the starting point for coercing them and can lead to initiating violence against them. Think, for example, of all the “deplorable” drug users who have been incarcerated for non-violent possession of narcotics.

Seeing a fellow human “as a being rather than a thing or an 'it'," makes all the difference, writes libertarian psychiatrist Peter Breggin in his book Beyond Conflict. Building on the work of Martin Buber and Erich Fromm, Breggin explains, “To say people are beings is to invest them with sacred meaning — with special, inviolable importance.”

Breggin continues about the importance of seeing the intrinsic worth of every person:

To love humans — to experience them as beings — means recognizing their intrinsic worth. Love, as I am defining it, is therefore unconditional — not contingent on anything particular about the individual who is loved. Rather, love reaches to the essence of the individual, the beingness, and sees the inherent value.

This value in each human is unearned because it is inherent. If we all have inherent worth, no one is irredeemable. We can value every human being despite what they believe, say, or do. We can see in every human being their capacity to make a different choice at any moment.

In their book The Outward Mindset the Arbinger Institute shares a story about Ivan Cornia. Ivan was born in 1929. His father William worked a day job and then managed the family farm in the evening. William abused alcohol; he was frequently angry and violent, particularly towards his farm animals. Ivan had seen his father beat a 1200-pound horse almost to death. One day while in the barn with his father, Ivan was milking a cow when a swishing cow’s tail from the next stall caught Ivan in the eye.

Ivan reacted. “Without thinking, Ivan leapt up, grabbed the metal milk stool he had been sitting on, and, while shouting the vile obscenities he had heard his father yell, began beating the cow violently.” As Ivan came to his senses, he realized he had been beating his father’s favorite cow; he began to tremble at his father’s reaction. The expected reaction was not to come. Instead his father said softly, “Ivan, if you’ll stop, I’ll stop."

At that moment, everything had changed for William Cornia. He never again drank; never again was he violent, and he never again swore. By a single decision he transformed himself into a “gentle, helpful and kind human being.”

William was able to transform himself, because he saw the impact he was having on his son. William’s conduct had been deplorable, but William was not deplorable and he was not irredeemable.

While most of us have not experienced such a dramatic change of heart, most of us have had times in our lives where newfound clarity has allowed us to make a significant change in our life.

Our willingness to be taught by life and to see the impact we are having on others opens a path for change.Some of us may have seen that poor diet and exercise habits have ruined our health, impacting not only ourselves but our family, colleagues, and community. That insight can lead to change.

Some of us may have a difficult commute. Stress and anger may fill our drive time every morning and night. Seeing how our angry thinking is taking a toll on us and those around us, we begin to change.

Some of us may harbor prejudicial attitudes towards other groups of people. Yet, when our life path intersects with others in the “despised” group, we may learn that we've been wrong—those in the other group are beings, not “its,” with dreams and hopes of their own. Like us, they want to build a better life for themselves and their families.

We do not control the timing of a change of heart, but we can make ourselves available for a change of heart. Our willingness to be taught by life and to see the impact we are having on others opens a path for change.

How Many Others Does Clinton Believe Are Irredeemable?

Young people, particularly in inner-cities, do not have access to quality education. Does Mrs. Clinton want to expand school choice so that young people can get an education that helps them succeed in life? No, at the behest of the teacher’s unions she is against school choice. Does she see inner-city youth as so irredeemable that they can only succeed if government takes care of them? If so, she is doing irreparable harm to those she professes to care so much about.

Yet, despite her mistaken ideas that have had terrible consequences for many, Mrs. Clinton is not irredeemable. At any time she, too, can make another choice.

Anne Frank experienced horrendous actions inflicted on her by those who believed she and others were “its” to be exterminated. Yet, despite her suffering, she wrote in A Diary of a Young Girl this famous statement about the true nature of man: “In spite of everything I still believe that people are really good at heart.” Then Frank added this passage about the power mankind has to choose once again:

I simply can’t build up my hopes on a foundation consisting of confusion, misery, and death. I see the world gradually being turned into a wilderness, I hear the ever approaching thunder, which will destroy us too, I can feel the sufferings of millions and yet, if I look up into the heavens, I think that it will all come right, that this cruelty too will end, and that peace and tranquility will return again.

The cruelty Frank experienced is still all too prevalent in the world. If cruelty is to end, people everywhere must make better choices. Actions can be deplorable or even criminal, but every human being has a core of intrinsic worth. No one can be written off as irredeemable.

In a letter dated in 1819, Thomas Jefferson wrote, “I am ready to say to every human being 'thou art my brother' and to offer him the hand of concord and amity.” To those who we call brothers, we must see in them their inherent value and believe in their power to choose.