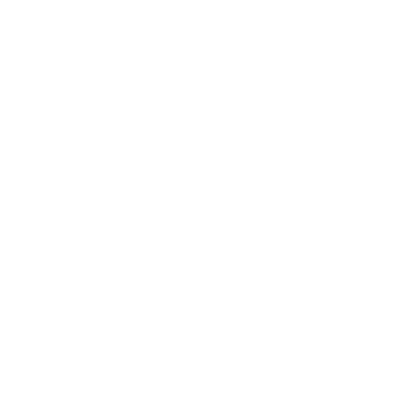 Your Dream Job and Ideal Mentor: How to Land Both through Networking

How to Make Your Own Luck at Professional Conferences

Why Simple Hospitality Is the Ultimate Networking Skill

When a lot of people hear “networking,” they think of bad coffee, awkward events full of poorly-fitting suits, and sleazy salespeople, and business cards changing hands as people go through the motions with boring conversations. The people who are there are either the event organizers or salespeople selling life insurance and the newest multi-level marketing scheme.

And there’s a reason for this bad stereotype. This is what a lot of networking events look like. They’re a pain in the butt if you’re not somebody who lives for that kind of schmoozing (i.e., if you’re a normal person) and who doesn’t want to have to put on a “face” in order to succeed.

The trick to building a world-class network is knowing where to spend your time.

Networking is any context in which you expand your reach, the people you know, and the people who know you. It’s just the act of meeting other people. Business cards, titles, and “what can you do for me?” all come later and naturally when networking is done well. You just need to meet, connect with, and follow up with people who can help you (and who you can help).

The trick to building a world-class network is knowing where to spend your time.

Where You Meet Matters More Than Pretty Much Anything Else

I joke sometimes with my clients that I really should go into the dating advice business because professional networking really is so much like dating. This is especially true with location and context.

Where you meet matters more than pretty much anything else.

Selection effects are real and you want to use them to your benefit. Instead of going through thousands of business cards and introductions (or dates) to find the right person to hire you, or give you an opportunity, or to mentor you, you should try to be in a place where you only need to meet a small group of people to find that person.

Take the analogy from dating for a moment:

What kind of person shows up to a risque and scandalous club at 2 a.m. on a Sunday?

What kind of person shows up to a religious service at 10 a.m. on a Sunday?

What kind of person shows up at most networking events?

Which one do you want to meet if you’re looking for somebody with whom you can build a relationship? The answer depends on your values, goals, outcomes, and objectives. But the answer matters.

The same extends to professional networking.

What kind of person shows up at most networking events? Usually, somebody who is either doing consumer sales (e.g., life insurance, multi-level marketing) or somebody whose time isn’t very valuable (e.g., somebody junior in their career).

Start with the outcome in mind and choose the context carefully. Events are great contexts to meet people—just rarely are they networking events that are helpful. The most helpful events have networking as a secondary or tertiary benefit of the event.

Networking is only awkward and difficult when you approach it entirely cold without any shared context, values, or ways of entering a conversation. People stand around looking at the floor or awkwardly move into circles at events when they have no idea what to connect on.

Choose an event with a shared, value-driven context and you’ll find that connecting with new people becomes less-awkward.

If your context for an event is as generic as “networking,” no wonder it’s stressful and awkward for attendees.

Choose an event with a shared, value-driven context and you’ll find that networking and connecting with new people becomes considerably less-awkward.

One of the best characteristics of seminars and conferences is that they tend to be value-driven. Everybody who attends chooses to attend because they care about some shared value or interest. If you take the time off to go to a summer seminar or a weekend conference or fly across the country for a few days to discuss some niche topic, chances are you already have a lot in common with other people at the event.

This eliminates 80 percent of the networking work before you even meet another person. You have a set of topics you can talk about with people. You have shared interests and shared values. And chances are you have shared objectives.

I actually hate networking cold. It feels awkward and uncomfortable and makes me feel like a sleazy salesperson. So last year at FEEcon, I was waiting for the awards dinner to start and found myself in the convention hall lobby with other attendees. I looked around and realized I didn’t know anybody near me. At a pure networking event, this would be an excuse to awkwardly work my way into somebody’s conversation and make a joke, “Yeah, that’s just what you do at these things.”

I knew that we were all already part of a group of people with at least a handful of shared values and interests.

But I knew the context of this event. I knew that everybody else in that hall shared some of my values about the importance of the event and what was covered in earlier sessions. Approaching a nearby group was effortless, as I knew that we were all already part of a group of people with at least a handful of shared values and interests.

You only get that through choosing the context of your event.

Give Yourself Plenty of Opportunities to Connect

Most networking events are only an evening, usually over cheap alcohol and bad baked goods. It’s easy to meet somebody at an event one day, see them a few days later, and not recognize them or remember anything about the conversation. This makes the events even more awkward and uncomfortable.

A benefit of an event that spans a few days is that you have multiple opportunities to meet people, run into people, and start building a relationship.

There are a few ways to avoid this problem, like taking diligent notes after meeting people and burning people’s faces into your mind with LinkedIn. But you can avoid those awkward techniques altogether by focusing your networking efforts on multi-day events like seminars and conferences.

A great benefit of an event that spans a few days is that you have multiple opportunities to meet people, run into people, and start building a relationship. You don’t have to grab their business card and send them an email and maybe see them a few days later. You can see them the next day at another session. Or you can run into them in the hallway of the hotel. Or you can invite them out for coffee or lunch to learn more about them. Attendee nametags that don’t feel nearly as dorky as networking event “Hello My Name Is…” stickers help reduce the awkwardness of forgetting people’s names. Plus, people are usually more forgiving of slipping on a name at an event than they are out in the wild.

Meeting somebody isn’t particularly helpful if you don’t keep the relationship moving forward. But most people find following up difficult and awkward. They either don’t know what to say or they push the relationship too quickly (I think of all the life insurance salesmen who I met at a networking event trying to “get coffee” the next week and tell me why I need New York Life life insurance).

All a follow-up has to have is a hook to remind the person of how they met you and a way to keep the relationship moving forward. It can be as simple as:

It was great meeting at FEEcon!

I mentioned Hayek’s essay The Use of Knowledge in Society during our conversation. Here’s a link to the essay.

Good luck in your new role—and reach out any time you’re in Pittsburgh.

This email reminds John of our conversation and gives him something to anchor it to—the Hayek essay. It also extends an invite so that he can reach out going forward. More importantly, it establishes the relationship so that I can then reach out when I am visiting his town.

In short, your follow-up should remind the person of how they met you and give you an excuse to keep engaging with them in the future.

Again, choosing the right event does 80 percent of this work for you.

It just takes work and thought. Most people aren’t thoughtful about their networking. They scramble to do it when they feel like they need to (e.g., when they need a new job) and find themselves playing catch up.

Just ask yourself, “What kind of person do I want to meet? And where would they like to spend their extra time?” Move from there.

Seminars and conferences are usually a strong place to start.

Your Dream Job and Ideal Mentor: How to Land Both through Networking

How to Make Your Own Luck at Professional Conferences

Why Simple Hospitality Is the Ultimate Networking Skill