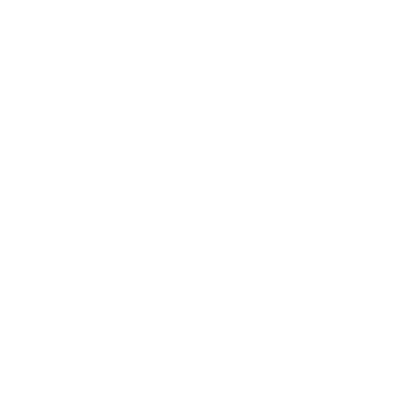 One of the biggest problems with self-help philosophy is the overemphasis on positive thinking, affirmations, visualization techniques, and other motivational tools that produce short-term inspiration but often fail to help people create lasting changes.

On an episode of the Accidental Creative podcast, Todd Henry addresses this issue in an interview with self-help author Gretchen Rubin.

Rubin wrote her book, Better Than Before: Mastering the Habits of Our Everyday Lives, to help people break the frustrating patterns of self-defeating decisions that obscure their pursuit of happiness and health. She argues that the key to a happy and healthy life is not merely a matter of positive thinking, but is more a matter of building constructive habits.

One problem that keeps us from doing this is our insistence on trying to adopt behaviors that we think are “right” or “good,” rather than focusing on developing rituals that work for us.

Rubin encourages those who desire to create lasting change to be honest with themselves about their already-existing habits and try to create new habits that are consistent with the established ebbs and flows of their life.

If you are a person who hates or struggles with getting up early in the morning, for instance, she says it might not be wise to all of a sudden say, “I’m going to wake up every day at 6 a.m. and go for a run.” These are the sorts of overzealous decisions that set us up for failure at the very outset. Moreover, they tend to destroy our confidence over the long-term, thereby making it harder for us to try again in the future.

Echoing the sentiments of Al Switzler’s entertaining and humorous TEDx talk, "Change Anything! Use skill power over willpower," Rubin warns against falling into the try-harder trap:

Don’t rely on self-discipline... Some people want to fight their way though the day. People often say to me, “Well, I want to learn to make healthy choices.” Don’t make healthy choices. Make one healthy choice. Then stop choosing. Don’t every day decide whether to go to the gym … that’s going to exhaust you and drain you. You want to say “Monday, Wednesday, and Friday at 8pm, I’m going to go to the gym.” And there’s no more decision-making. There’s no more thinking that over. There’s no self-control. There’s no willpower. It just happens. And with a lot of behavior, that’s what you want to do. You want to put it on automatic, so you don’t have to use a lot of self-control.

In other words, our success is mostly determined not by in-the-moment self-control, but rather by our ability to effectively construct systems that naturally lead to progress. In How to Fail at Almost Everything and Still Win Big, Shane Parrish observes “systems trump goals.” Quoting Scott Adams, Parrish shares the following idea:

If you do something every day, it’s a system. If you’re waiting to achieve it someday in the future, it’s a goal.

Goal-oriented people exist in a state of continuous pre-success failure at best, and permanent failure at worst if things never work out. Systems people succeed every time they apply their systems, in the sense that they did what they intended to do. The goals people are fighting the feeling of discouragement at each turn. The systems people are feeling good every time they apply their system. That’s a big difference in terms of maintaining your personal energy in the right direction.

Adams has looked for examples of people who use systems versus those who use goals. In most cases, he’s discovered that people using systems do better and they are more innovative. “The systems-driven people have found a way to look at the familiar in new and more useful ways,” he says in the WSJ.

A system allows for multiple successes. A goal is usually all-or-nothing.

To be fair to the complexity of language, we could easily dismiss everything written above as irrelevant or misleading if we insist on saying “a system is not what you, Shane, and Scott are saying it is.” What’s important, however, is not the debate we could have over the labels we use to refer to these things. What’s important is realizing that we can’t create the results that matter most to us without involving ourselves in processes and practices that gradually transform us into the kind of people who organically realize those goals.

I see three benefits of committing to daily processes that can be completed by the end of each day:

Goals inspire us, but systems transform us. Goals often sound so impressive that they can seduce us into feeling like we’ve accomplished something merely by talking about them. Systems are far less glamorous than goals, but it’s the day-to-day rituals that make uncommon achievements truly realizable.

After identifying what we want, we need to do the hard but rewarding work of discovery and devotion ourselves to the disciplines that help us reinvent ourselves.

What’s one thing that you can do right now to move your life in a better direction?

T.K. Coleman is the Director of Entrepreneurial Education at FEE and is best described as a passionate voice for possibility. As a firm believer in the idea that freedom begins from within, his life mission is to help people reclaim a sense of personal power in their everyday lives.