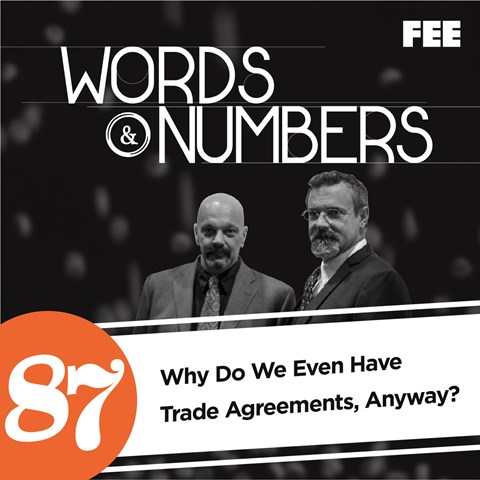 Why Do We Even Have Trade Agreements, Anyway?

When it comes to free trade agreements, ideally they should be very short. Four words would suffice: “Trade will be free.” But politicians being what they are, what we (that is to say, Mexico, Canada, and the United States) actually have to replace NAFTA is a 1,800-page tome called the USMCA. Hundreds of pages of caveats doesn’t sound very much like free trade. That said, this trade agreement, like all trade agreements, rests on the the myth that it is countries that trade with each other. Countries are aggregates; they can’t actually do anything. It is individuals who trade with each other. Join James Harrigan and Antony Davies as they weigh in on trade agreements and more on this week’s episode of Words and Numbers.

Authorities may shoot down private drones

Amazon reacts to the $15 wage

Topic of the Week: Trade